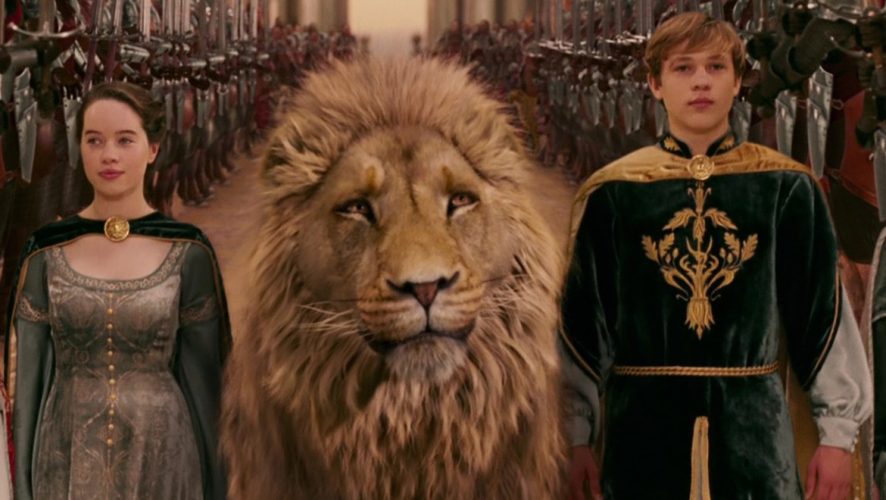 Children of Adam and Eve shall celebrate everywhere, as the Kings and Queens have made their return to their rightful thrones.

In 1950, The Lion, the Witch and the Wardrobe, written by C.S. Lewis, was first published to delighted children (and some adults) of the United Kingdom. Since then, the series has spawned a total of 7 books published all over the world and several live-action adaptations. (Did you know, before the 2005 movie, there was a 1988 live-action adaptation of The Lion, the Witch and the Wardrobe with a stuffed lion playing Aslan? It took us out of the seriousness of the plot.) The 2005 adaptation fared better with advancement in special effects and a bigger budget. Starring William Moseley, Anna Popplewell, Skandar Key, and Georgie Henley as Peter, Susan, Edmund, and Lucy Pevensie, The Chronicles of Narnia tells the story of the children fulfilling a prophecy to save the world of Narnia from whatever is threatening them. With the help of the all-wise, all-seeing Aslan (Lewis’ metaphor for Jesus), the children ruled the kingdom as the Kings and Queens of Narnia.

Great news Narnia fans! You are officially the first to hear about our new deal with Netflix. Stay tuned for further…

Posted by The Chronicles of Narnia on Wednesday, October 3, 2018

The Chronicles of Narnia series only covered the first three books of the series. The world of Narnia is ripe with stories that have not been adapted into live-action yet, and Netflix wants to get right on it. Netflix already has several live-action adaptations under their belt, like that dreadful Death Note adaptation, the pretty decent Bleach adaptation, the upcoming hopeful Avatar: The Last Airbender, and now The Chronicles of Narnia. It’s been almost 70 years since the first Narnia book was published, but it still proved to be popular even in the present day. The Netflix deal will develop multiple series and films based on the property. Here are some possible stories they can adapt. Did you know an ape convinced a donkey to dress up in a lion skin and pretended to be Aslan? That happened in the books. Or the story of how Narnia was created, which has very heavy biblical tones? Just another way Lewis inserted Christianity into his books.

Lewis is probably turning in his grave right now. He was never a proponent of adapting his stories into live-action. In a letter to a fan, he wrote:

“They’d be no good on TV. Humanized beasts can’t be presented to the eye without at once becoming either hideous or ridiculous. I wish the idiots who run the film world realize that there are stories are for the ear alone.”

Oh, Lewis, if only you knew how far special effects have come.

chronicles of narnia Netflix the lion the witch and the wardrobe

Vi, Jinx and Caitlyn are coming back for a second season.