Not only is Sex Education‘s Ncuti Gatwa the first Black actor to play the Time Lord, he will also be the first gay Doctor in the BBC’s Doctor Who.

Neil Patrick Harris dropped the news during Variety’s Just for Variety podcast, where he gave fans a little bit of insight into what they can expect from the 14th Doctor. In it, he describes the character to be a “sexier” incarnation of his previous portrayals and “the first gay Doctor” in the sci-fi series.

“I got to meet and interact with him a bit and he’s glorious,” Harris said of his co-star. “He’ll be the first gay Doctor, which is going to be super cool, a sexier Doctor.”

Showrunner Russell T. Davis reportedly offered Harris a role on Doctor Who after they worked together on the British miniseries It’s A Sin. While little has been revealed about the latter’s involvement, it’s known that he will appear in the series’ 60th anniversary special opposite Gatwa as “the greatest enemy the Doctor has ever faced.”

In response to the casting news, Harris shared a photo of himself in character wearing some crooked glasses, a bowtie, and a leather-strapped apron in an Instagram post with the following caption: “Thank you for inviting me into your Whoniverse, [Davies]. I’ll try my hardest to do my worst. This Doctor has no idea what’s in store. And even if he does… Who cares? Ha ha ha HA ha-ha-ha!”

The 14th season of Doctor Who is slated for premiere in 2023, with Jodie Whittaker starring in one last episode later this year before passing the torch to Gatwa, who will also be returning to the fourth season of Sex Education. That’s expected to air sometime in 2023 as well.

In the words of Doctor Who showrunner Russel T Davies: "Ncuti owned those TARDIS keys in seconds." 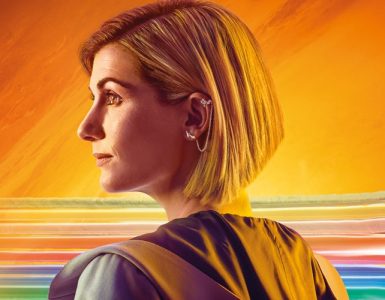 Whovians are in for an adventurous and heartwrenching season.