Media Molecule’s Dreams is really the stuff of, well, dreams. This time, we bring to you a super fan of the 1998 PS1 classic Metal Gear Solid, who is remaking the original game using the Dreams engine.

Hideo Kojima’s beloved stealth game franchise is still very fondly remembered by its diehard fans since the very first game in 1987. This is a reincarnation of the opening segment of Metal Gear Solid.

Made by gaming content creator Bear Parker a.k.a Bearskopff, this is a really faithful adaptation. Visually, it’s nearly identical to the original version.

He even added the original soundtrack to inject you with extra nostalgia. He even worked with a voice actor friend who could do a solid Solid Snake impersonation at the beginning of the video.

This is still a work in progress, but so far we’re impressed at the amount of detail he put into Metal Gear Solid in Dreams. Just as a reminder, this is only the Early Access stage for Dreams, so imagine what more wonders we’ll get when it finally gets released to the public.

Other stellar examples of Dreams being put to really good use are the likes of the recreation of the Iron Man-Captain America fight scene in Captain America: Civil War, the opening sequence in Marvel’s Spider-Man, as well as the now-cancelled P.T for the Silent Hills remake, another Kojima production. 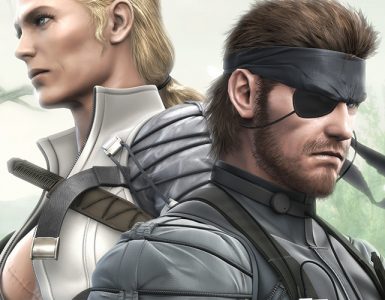