Imagine this: you’re down in the dumps and are in need of a little faith. You walk into a temple to see a priest. Except, this priest isn’t any ordinary priest. It’s a robot. Meet Mindar!

Mindar is a new priest at Kodaiji, a 400-year-old Buddhist temple in Kyoto, Japan. Based on the Buddhist deity of mercy, the US$1 million android Kannon is an attempt to hot-wire interest in Buddhism in a country where religious affiliation is flat-lining. Mindar may not look like one, but it functions like every other priest.

Mindar delivers sermons and moves around to interface with worshippers. For now, Mindar just recites the same preprogrammed sermon about the Heart Sutra over and over, but the robot’s creators say that they intend to give Mindar machine-learning capabilities. This capability will enable it to tailor feedback to worshippers’ specific spiritual and ethical problems.

“This robot will never die; it will just keep updating itself and evolving,” said Tensho Goto, the temple’s chief steward. “With AI, we hope it will grow in wisdom to help people overcome even the most difficult troubles. It’s changing Buddhism.”

Mindar’s face, head and hands replicate ones that we humans have but has an exposed metal skeleton. And whilst Japanese worshippers take no issue with Mindar’s appearance, the robot priest has been receiving backlashers who compare the robot to Frankenstein.

“Buddhism isn’t a belief in a God; it’s pursuing Buddha’s path. It doesn’t matter whether it’s represented by a machine, a piece of scrap metal, or a tree,” said Goto.

Apart from being likened to Frankenstein, the temple has received criticism from foreigners for tampering with the sanctity of religion.

“Japanese people don’t possess any prejudices against robots,” said Goto. “We were brought up on comics where robots are our friends. Westerners think differently.”

For what it’s worth, we think it is absolutely bizarre and cool at the same time. A robot priest is truly revolutionising the practice of Buddhism. This isn’t the first time we’ve seen religion and technology intertwine. In 2017, a video of a robotic arm performing a Hindu ritual made it’s way to the internet, sparking debate as to whether mechanising religious rituals will lessen the mystical and emotional experiences of faith.

As to whether implementing robots and AI into rituals is something more religions will look into, we’re not too sure. Abrahamic religions like Islam or Judaism don’t usually depict divinity, so a Mindar-style iconography may be an issue.

We think a robot priest is equally cool and bizarre, and if there’s anything we’re putting our faith on, it’s that it wouldn’t stop here. 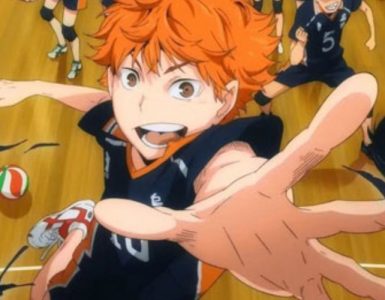