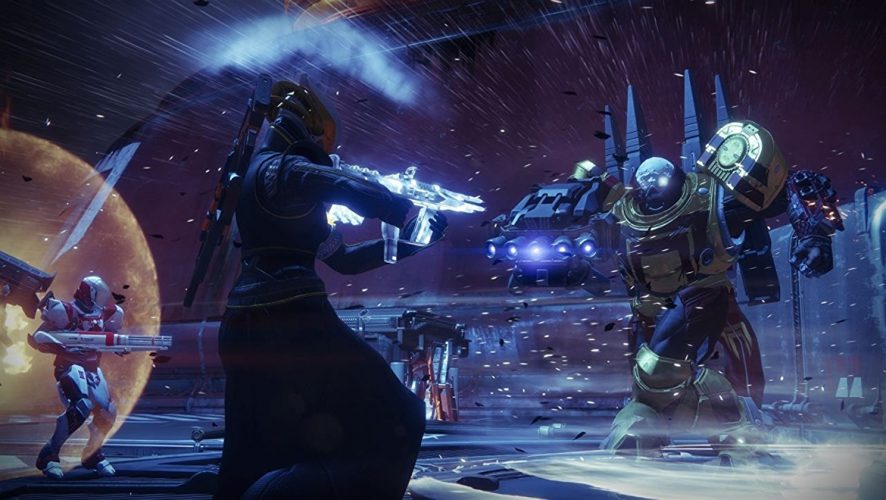 Destiny 2 recently enjoyed a fresh lease of life with the newly-launched DLC Curse of Osiris, alongside a free trial for newcomers. As the latter starts roaming around the terrains of the Last City, the more experienced players find themselves transported back to Mercury once again, in a bid to enlist Osiris’ help against a Vex plot.

Sure, Curse of Osiris is enjoyable – at first. Between a hollow story, a massive lack of interesting content, and a limited exploring space, the game slowly grew to be more monotonous. Gameplay became rather insipid.

It comes as great news then, that a new enemy faction is set to be released for Destiny 2. Or so the leaked Gods of Mars DLC information claims.

Destiny 2 Expansion II: Gods of Mars sends your Guardian on a long journey to a brand new destination – the frigid Vale of Mars, with an array of new missions, adventures, and enemies to fight. Charlemagne has reawoken on Mars and has imprisoned Rasputin within an ancient vault. Work with the elusive Ana Bray – long thought to be dead, in order to combat Charlemagne’s Remnants, free Rasputin, and uncover the secrets of Covis Bray.

The official description briefly went live on the PSN store, but was subsequently removed quickly. Until the official news comes out, it can be safely assumed that Destiny 2 will be getting totally new enemies, in addition to other character skins and add-ons.

For the uninitiated, here’s a brief summary of all the announced features: 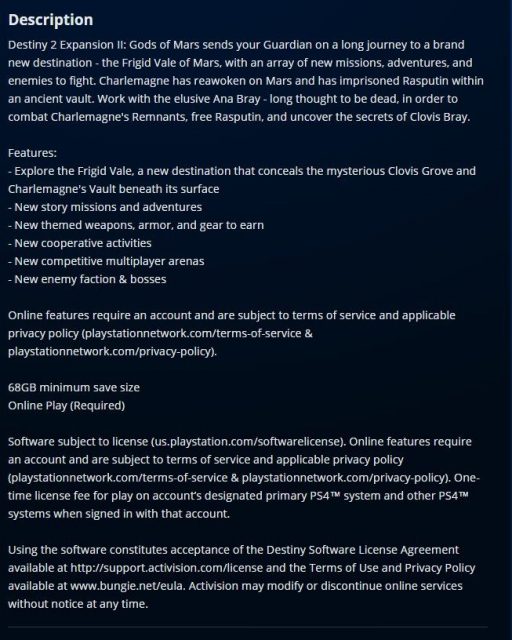 The release date for Gods of Mars has yet to be confirmed, although a screenshot shows it to be March 2018, which could also be when the highly anticipated God Of War for the PS4 comes out.