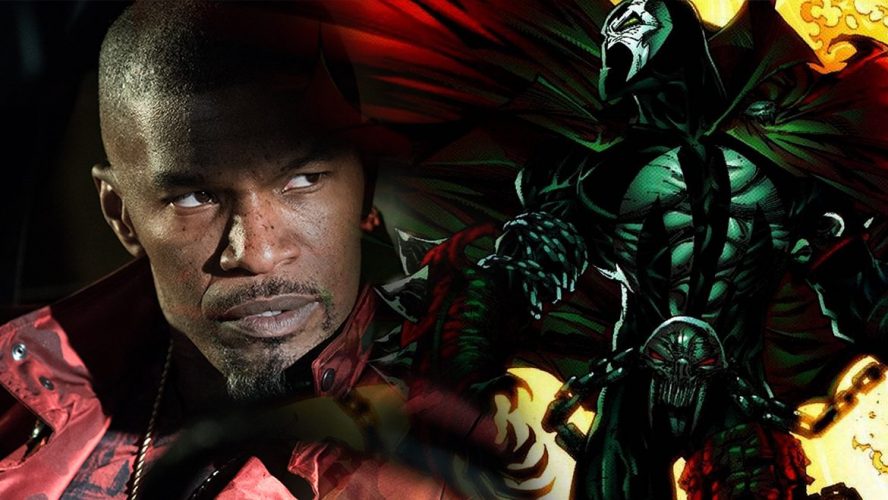 When audiences and critics praised Marvel’s Black Panther for having cast a stellar African-American cast, they are forgetting that Michael Jai White was the first African-American actor who portrayed a major comicbook superhero way back in 1997 as Spawn.

Cut to present day, Jamie Foxx is set to take on the mantle of Spawn, the conflicted anti-hero Al Simmons, who deals out his own justice across heaven, hell and Earth. The award-winning actor is a huge fan of the Spawn Universe and originally contacted Todd McFarlane with a burning enthusiasm to play one of his favourite comicbook characters.

“Jamie came to my office five years ago, and he had an idea about Spawn and we talked about it,” McFarlane said. “I never forgot him, and when I was writing this script, you sort of plug people in, and he was my visual guy and I never let go of him. There are five or six moments where I’m going to need things from my actors, and a couple of them have to come from Jamie, and I’ve seen him deliver them onscreen.”

Hanging out with #Spawn… @iamjamiefoxx and @blumhouse ! For the FULL @#Spawnmovie story from @DEADLINE head HERE: https://t.co/CAp0kkwSQd pic.twitter.com/KEaQDFwtad

The new Spawn movie marks the directorial debut of McFarlane, who is the creator of Spawn, and the collaboration with production house Blumhouse (Paranormal Activity, Insidious) will allow him to fulfill his vision of a dark and gritty, R-rated version of his creation. As with all Blumhouse movies, the budget would not be terribly high, and is expected to be in the range of $10-12 million. This is a surprising figure, considering that the budget of the 1997 film was $40 million, with more than one-third of that going to visual effects. Could this signal a more extensive use of practical effects (yay)?

“I’ve got a trilogy in mind here, and I’m not inclined in this first movie to do an origin story. I’m mentally exhausted from origin stories… We’ll eventually do some of the background if we make a trilogy, but that’s not this first movie. The first movie is just saying, do you believe? And if you believe then that’s good because I’m hoping to take you for a long ride with this franchise.”

McFarlane goes on to add that the recent box-office sleeper hit, A Quiet Place, is a great example of such a movie where it did not fret over explanation and giving answers to the setting.

With an actor of great range and talent like Jamie Foxx, a passionate creator in McFarlane directing the movie, and the reputation of Blumhouse in delivering quality horror films; There are high hopes in the Spawn reboot and we are looking forward to a fresh second take on the character.

“I’m humbled and ready to transform… and to top things off the young Jason Blum is lending his brilliance to the project! Time to be great!!!! #Spawn.” – Jamie Foxx

In the meantime, have a dose of nostalgia with the 1997 Spawn trailer: