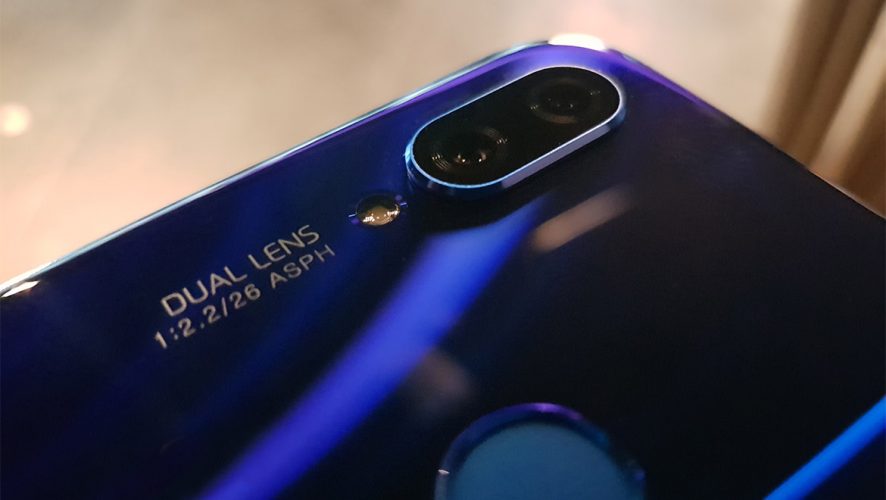 Dual rear cameras are a commonplace among smartphones these days, while dual front cameras are less so, being something we’ve seen in only a handful of phones. But dual front cameras equipped with AI technology? Huawei aims to up its game in the mid-range market with the nova 3i, packing AI features and flagship-level functionality into an affordable smartphone.

Sporting definite improvements over its nova 2i predecessor, the highlight of the nova 3i is its camera – four cameras, to be exact. The two on the front are 24MP + 2MP, which are boasted as being the first dual front cameras to be powered by AI. 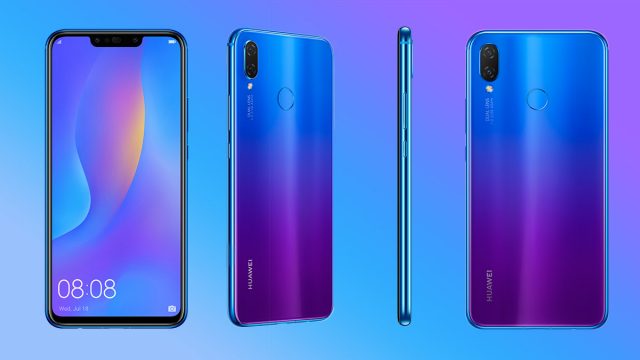 The 24MP sensor works to capture details with the f/2.0 wide aperture lens, while the 2MP sensor’s job is to capture depth data. The two work in tandem and use AI to optimise photography and produce ever-so-popular bokeh effects and clear selfies.

The same goes for the 16MP + 2MP rear camera, where the AI comes in to match what you’re photographing with over 200 scenarios and apply the optimal photo settings, letting amateur photographers produce quality photos.

These cameras sit in an all-glass back that shimmers with a colourful gradient on the Iris Purple colour of the phone. The effect is created using a special textured film beneath the glass, reflecting light as you angle the phone back and forth, similar to the look of the Honor 10. For something a little more muted, the phone also comes in a simple Black colour. 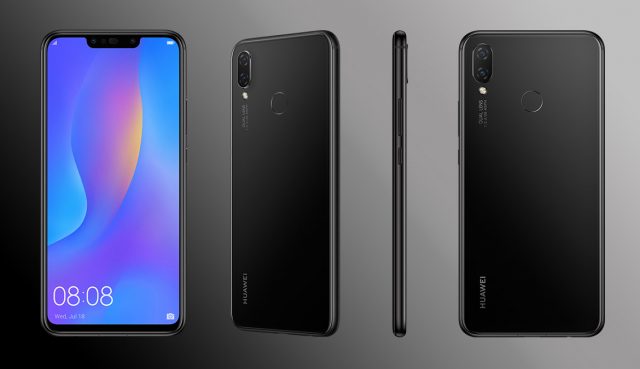 The nova 3i features a 6.3″ screen with Full HD+ (2340 x 1080) resolution and a FullView display, better known as the controversial notch to maximise screen size. With a ratio of 19.5:9, the screen also covers 85 percent of the colour gamut, meaning it is able to display an extensive range of vivid colours.

Hardware-wise, the phone is powered by Huawei’s first quad-core Kirin 710 chip which was designed specifically for the nova series. It is said to be Huawei’s equivalent for Qualcomm’s Snapdragon 710, targeting the upper mid-range market of phones but with an added bonus of a dedicated image processor for AI photography.

The 3.5mm headphone jack remains, but those who have moved on to USB-C earphones may be disappointed to hear that the nova 3i has a micro USB port instead. The phone runs on Android 8.1, along with the latest EMUI 8.2, on which Huawei has cultivated an entire ecosystem with a suite of AI-enabled services such as AI shopping and AI gallery.

The Huawei Nova 3i will be available in Singapore from 28th July onwards at just S$398! #DareToNova #Huawei #Nova3i #smartphone #android #geekculture #geek

It has a decent storage size of 128GB with 4GB RAM with a 3,340 mAh battery. Another notable feature of the phone is the GPU Turbo for high-quality graphics processing, enabling the nova 3i to run more graphically-demanding games for a seamless gaming experience.

All in all the phone is an all-rounder, which is why its price comes as a surprise – the Huawei nova 3i will be retailing in Singapore at S$398. Available in Iris Purple and Black, the phone will hit the shelves of all Huawei Concept Stores, local telcos, mobile retailers and authorised electronics stores on July 28, 2018.

On that day, the Huawei nova 3i will be getting a special launch at Waterway Point Shopping Mall, East Wing Atrium, Basement 2. From 11am to 9pm, every purchase of the nova 3i will come with a Casio G-SHOCK Analog-Digital Watch (worth S$199), and visitors will be treated to special celebrity appearances by local artistes Joanna Dong and Boon Hui Lu.