Halo Infinite is undoubtedly one of the biggest releases for the Holiday 2020 window, and the gaming community is understandably stoked with each new piece of information, especially when it comes to gameplay features. The latest talk of the town is a supposedly “free-to-play” multiplayer experience that first surfaced on the Xbox Series X page, as retailer Smyths Toys accidentally leaked the information via a now-deleted post update.

As it turns out, the claim is indeed accurate, with the official game account taking to Twitter to officially announce the news. Microsoft also promised that more details will be shared at a later date, which means further details about the game are very much a mystery for now.

Or maybe not. Following Smyths Toys’ blunder, Xbox leaker Klobrille chimed in with a tweet that also saw the same claim, alongside mentions of a Battle Pass system, customisation options new to the Halo series, and a huge in-game world. It may not be official word, but the features would probably fit in very well with the game, and it’s not that difficult to imagine just how they will come into play. Still, do take the claim with a pinch of salt.

What we do know is that Halo Infinite will be getting a ten-year content plan in similar fashion to the original Destiny game and EA’s Anthem. No sequels are being planned as of now, though that might change in the near future. 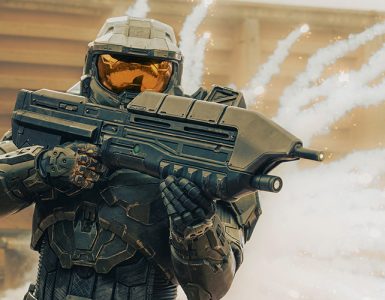 Here's how you can watch the live-action Halo series from anywhere in the world.