Google has been a master at accessibility, and it certainly shows in its recent slate of devices, as seen in the recently-announced Pixel 5. The new Google Chromecast with Google TV carries that blueprint forward, offering users an incredibly easy way to stream their favourite shows from their smartphones, laptops, or tablets.

The new Chromecast also comes with updates to Google TV in the form of a revamped app. Previously, called Google Play Movies & TV, the branding since been streamlined for ease of use (and possibly also to directly compete with Apple TV+ and Android TV, to a lesser extent). Don’t confuse Google TV with Android TV, though; both are now separate entities, as Google aims to establish itself as a dedicated entertainment platform.

Just to clarify in case folks get confused with the terminology, the new Google TV is more streaming platform than service, similar to Amazon. It doesn’t exactly come with its own innate entertainment, but instead allows users to stream the likes of Netflix, HBO Max and Disney+ from their devices onto their TVs with relative ease.

That said, users can expect to see a similar approach to Apple’s streaming service, with the option to rent videos and movies via the Google TV app. And of course, as a direct competitor to Apple TV, said streaming service isn’t available on the platform. Interestingly, however, Amazon Prime Video is streamable on Google TV, despite the Chromecast being a direct competitor to the Fire Stick streaming remote.

And the best part here is that the new Google Chromecast comes with its very own remote with which users can better control the interface, as opposed to using their phones or standard TV remotes to do so.

Interestingly, however, the new Chromecast doesn’t come with support for Google Stadia, which is rather bizarre given how Google normally makes a conscious effort to integrate all of its entertainment mediums under one umbrella. Whether Google will implement the game streaming service at a later time remains to be seen.

The Chromecast with Google TV is now available in Australia, Canada, France, Germany, Ireland, Italy, Spain, United Kingdom, and the US (except Puerto Rico), and is available for just US$49.99. It will be available in other countries by the end of the year. 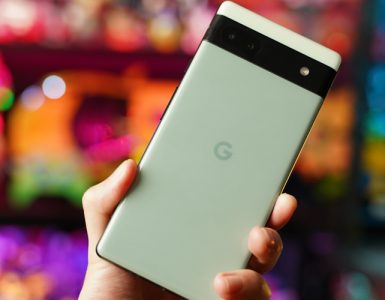