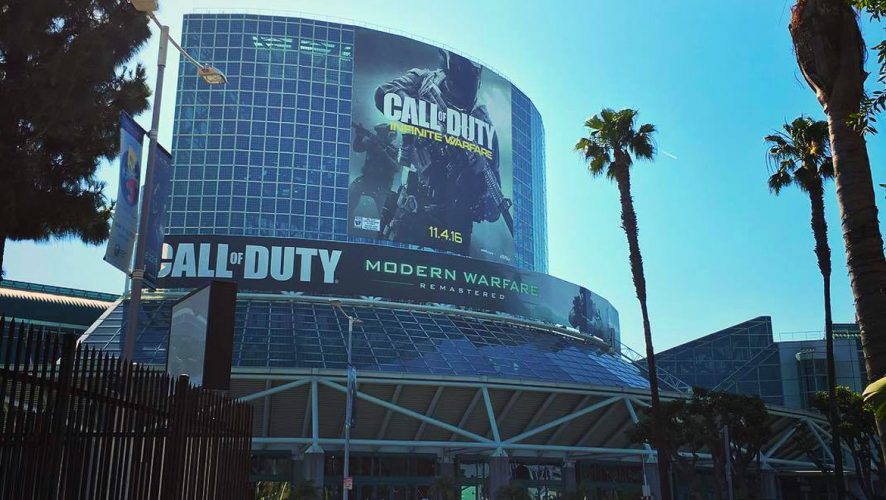 Can you smell that? The collective sweat fest of gaming is less than a week away.

And because every other outlet has already has their own wishlist (and also coz we didn’t go to gaming prediction school), I got the Geek Culture team to make a couple of uneducated guesses for E3 2016.

So grab your tinfoil hats and let’s go down the rabbit hole together.

It’s no secret that Sega has yet to develop a great Sonic the Hedgehog game since the 16-bit era. And VR is gaining momentum these days. So logic would only dictate that these 2 entities would collide into the next most awesome thing.

Imagine just running around Emerald Hill or Marble Garden Zone in first person, and seeing your furry animal friends hop by around you. Heck, how great would it be if you were to play this Bonus Stage in VR mode.

The Kojima saga is ridden with controversy, so our money is on Konami continuing Solid Snake’s story without him. And to rub Snake’s cigarette on the Kojima-sized scar, they would combine the icons on their most famous series, Metal Gear and Silent Hill – Solid Snake and Pyramid Head.

The story would naturally involve Solid Snake sneaking around the titular dreary town, trying to avoid good ol’ Pyramid Head (just like Resident Evil 3: Nemesis), in order to find a Metal Gear and get outta there.

Oh, and a Shiba Inu is pulling the strings behind the scenes.

This PS1 classic has received an underground cult following when it was released in 1998, and introduced gamers to a Zelda-like hack-and-slash tale with quirky characters and even more god-awful voiceover/dialogue.

And now, 18 years later, it’s time to give it that Square Enix coat of paint. Their puzzles, dungeons and bosses were very inventive (of that time) and challenged players to think far, far outside the box with its unique skill absorption combat mechanics.

And because of the different censorship scene these days, Square Enix will update the cringe-worthy dialogue too – but we hope it does not happen. We personally liked it bad.

The Onimusha series has had its fair share of weird – from demonic samurais taking over the world in an alternative history to having their protagonists being modelled after real-life actors like Takeshi Kaneshiro and Jean Reno.

But it also had a very tight blade combat system that, arguably was the pre-cursor for action adventure games like God of War.

It’s now been 10 years since the last console Onimusha game came out, so it’s about time that we revisit this franchise and learn from the games that eventually perfected that combat system.

And this is important, but this new reboot should have a whole new ensemble cast of J-pop actors taking the reins.

The brilliance of Dead Space was that unlike most games of the time, you don’t play a battle-hardened soldier. You are Isaac Clarke, an engineer on a space shuttle who has to survive a horde of bug-like creatures the only way he knows how – creating weapons to cut them (and their arms) down.

But after its last outing, Dead Space 3, which prioritised co-op action over scares, we are in desperate need for it to go back to its horror roots.

We are not saying a full-on reboot just like Doom (or are they?)is in order, but since the lore and world is quite story-rich, perhaps a spin-off would be very welcome. It should also create an even more tense, claustrophobic atmosphere, where you play a meek, unassuming scientist that finds himself (or herself) caught up in the Necromorph monstrosity.

And yes, gory game-over deaths scenes are synonymous with Dead Space at this point, so leave them in, please, EA.