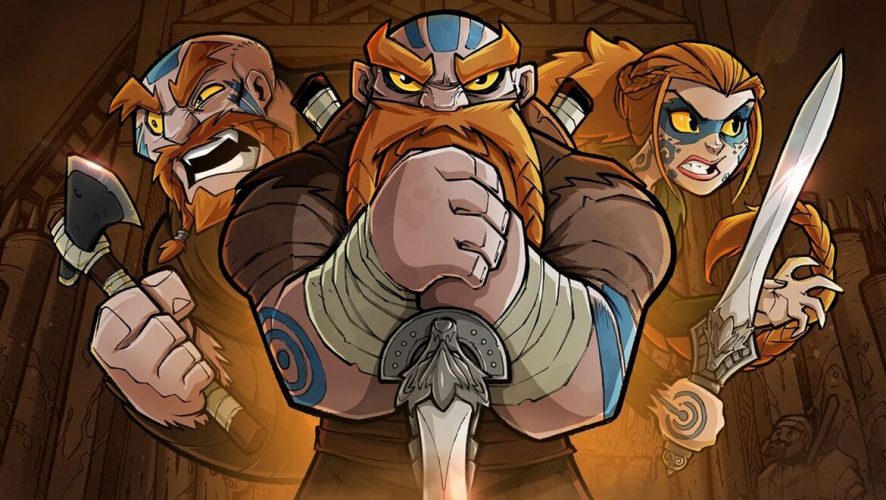 In the long history of Britain, there exists many legends and folklore. One such tale is that of the Roman Ninth Legion, a famed outfit that mysteriously vanished while marching through the lands of Scotland/Caledonia. History might not have any idea what happened to these soldiers, but Darkwind Media’s Wulverblade takes a wild stab at it, with a pleasing style and competent hack-and-slash action.

The side-scrolling beat’em up places players in the role of fierce Celtic warrior siblings Caradoc, Brennus, and Guinevere – guardians of the northern tribes. Facing up to the 5,000-strong Ninth Legion, they stand between freedom for Britannia and bloody Roman rule. Each warrior is unique in their combat prowess and movesets, with Caradoc being a balance between power and speed, Brennus the powerful but slow tank, and Guinevere the swift but squishy fighter. The story does not change regardless of who you pick, with all three waging a savage war against the Romans, it all comes down to your personal choice.

With a variety of weapons, projectiles (including limbs and heads!), and special moves to pull off, combat in Wulverblade is awesome and brutal. Flying appendages and viscera will fill the screen as you mow down enemies, complemented by the fluid animations and a visually striking 2D aesthetic.

Do enough damage and players can unleash Rage, granting invulnerability and increased speed and damage, the experience is a cathartic release every single time. 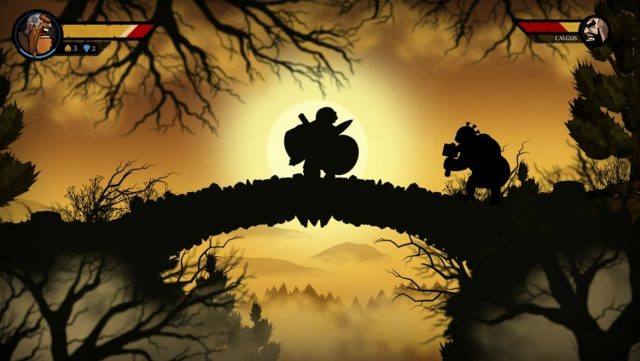 Even when you are at the risk of being overwhelmed, the ability to call in wolves can help clear the screen in a matter of seconds as they tear apart the legions on-screen. This special ability hints at the special nature of the three heroes, which culminates in a sweet payoff nearing the end of the game.

Need even more help? Rope in a buddy and get in on some good old local co-op action, but with added strength comes more enemies. While it is manageable most of the times, there can be sections where the overwhelming numbers create a cycle of hurt that is impossible to get out of. You have been warned.

Despite its inspiration from classic games such as Golden Axe and Sengoku, Wulverblade adds in collectables, much like modern titles do, to spice things up a little. These add lore and historical backstory that can be read outside of gameplay, and is reflective of the lengths developers Darkwind Media had gone to while designing the game. 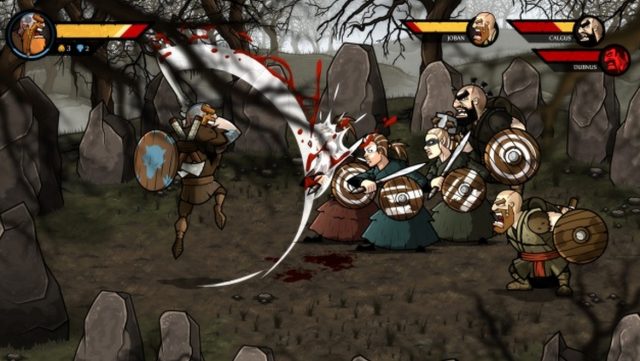 With the progression of Wulverblade broken up into different levels, each is punctuated with a boss fight, each with a significantly beefier and hardier foe. They might not stray too far from the already familiar formula of Wulverblade, but they do pack some surprises that keep the engagement fresh.

Besides a decent Campaign mode, Wulverblade also throws in a retro Arcade mode, which forces players to get through the Campaign levels, but with only three lives. It harkens back to the days of coin-op arcade cabinets, and is a real challenge, especially if you wanna get on the Leaderboards.

There is also an Arena mode where you can face off against waves of enemies and get a high score, a great way to pass the time and show off your combat skills.

Overall, Wulverblade is a decent and solid side-scrolling beat’em up, with plenty of retro spirit in modern form. The action is fast and exciting, and it is definitely pleasing on the eye, albeit with plenty of blood and gore. While it does not bring anything radically new, Wulverblade compensates with a solid foundation that is backed by style and substance.

Available on PC, PlayStation 4, Xbox One and Nintendo Switch

A decent side-scroller that echoes nostalgia, but with modern improvements.