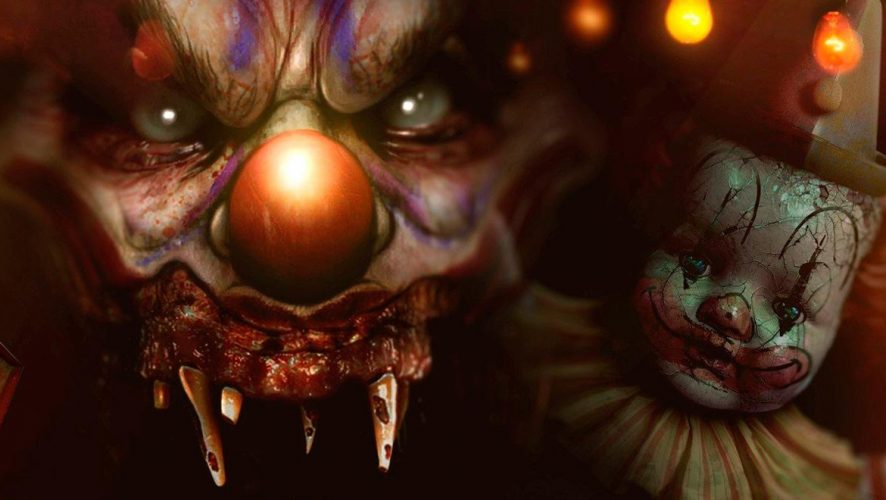 When the Nintendo Wii first came out, one of the first few games I got were arcade shooters, where the controllers were the guns and the camera tracked their placement in relation to the TV screen, and allowed me to shoot at monsters that appeared.

When the PlayStation Move controllers were released, I went straight for the shooting games as well.

And now that the PlayStation VR has arrived, picking up a copy of Until Dawn: Rush of Blood is a no brainer. The PS Move controllers act as pistols, and the game moves on rails (because you are actually seated on a roller coaster), like many arcade shooters, so all the players have to do is reload, aim, shoot, survive and repeat.

Oh, and did we mention that Until Dawn: Rush of Blood is based on last year’s survival horror game, Until Dawn? So the monsters, creatures, gore, violence and blood are back, and enhanced by the PS VR.

Will someone just pop by in front of you from nowhere? Will the lights flicker and strobe, only to reveal a previously unseen figure looming over you? Will there be killer clowns who will pop out from everywhere, ready to overwhelm you? You bet.

And that’s the fun of the game. With the PS VR wrapped around your face, there is nothing to distract the player from being immersed in the haunted roller coaster setting. Plug in those earphones and you won’t even hear the sound of the fan blades whirling in motion. Instead of standing, take a seat in front of you TV and try to act like Dirty Harry, when the only thing getting soiled are your pants.

Even if you have not played the original game, Rush of Blood will suck you into its scare laden environments. It’s not as grotesque as say, the Kitchen/Resident Evil VII demo, because it is not trying to be. This game wears you out by anticipating your actions.

In the first chapter, the roller coaster cabin slides on, and players are prompted to shoot inanimate objects that they see, to score points. In the first 60 seconds, my fingers turned numbed from the shooting and reloading of both guns, such that my trigger fingers felt strained. And the game knows your fingers are weary, because the game starts now as the ghouls appear en masse.

Players also have to dodge and duck attacks, and the entire experience is a thrilling one that would give anyone headaches. As in actual ones, because the “motion” within the game, mixed with real world movements, gave me a massive headache after each level. Maybe it is the combination of fear as well, but this is not a game that you want to, or can play for extended periods of time.

Alas, the biggest issue with this game is not with the visuals or the scares, but the precision of the guns. The game requires you to twirl around to keep a look out for scares, and all that movement, together with randomly aiming at creatures, throws the calibration of the Move controllers constantly.

One second, the controllers are aligned and the next, one can be slightly askew and this throws off your aim. Recalibrating takes 3 second, by pressing the Start button, but when you recalibrate, you have to point the controllers forward as this is the default setting. If you controller is pointed anywhere else, it throws off the calibration.

And imagine doing that as you are turning the corner and your guns are off. Mad clowns are coming at you and you’re scrambling to reload, and recalibrate. A part of you just wants to take the gun and smash the clown’s brains in, but that’s not how this game works, even though it should.

Rush of Blood drives up the adrenaline, but it lacks the finesse of Batman: Arkham VR. Still, it makes full use of the PS VR and players get to experience an emotional rollercoaster in more ways than one.