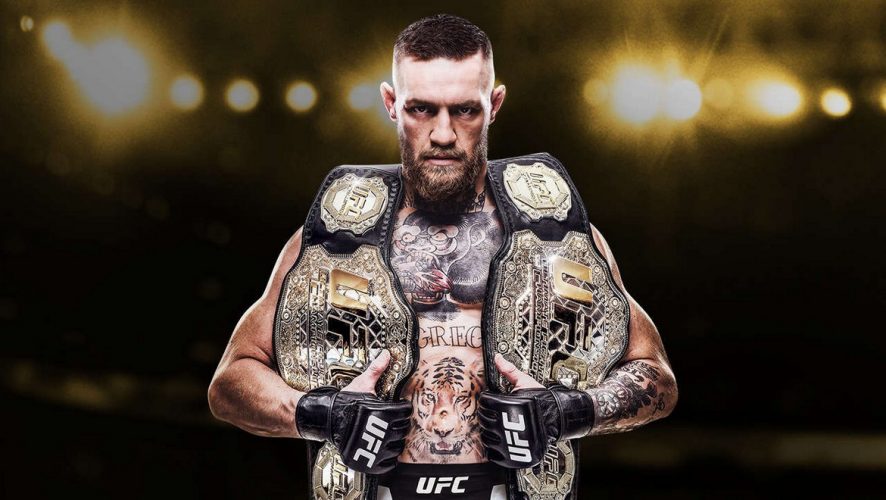 Mixed martial arts (MMA) is an amazing spectacle sport, anyone who has seen these athletes performing at their peak is bound to be impressed.

Fighters train months on end to perfect their form, technical expertise, and condition their body for brutal bouts in the arena. It’s hard work, and it shows in UFC 3, EA’s latest MMA outing.

Like most fights, UFC 3 comes close to landing the knockout blow as the premier experience of the sport in the video game medium but is held back by the consistently boring menu-fest and a lacklustre grappling system.

First off, EA Canada has to be commended for perfecting the striking in UFC 3, the best in the series thus far I dare say. It is visceral, hard to master, and more importantly, realistic. Forget spamming kicks on your way to victory, a missed roundhouse could easily send you to the mat.

The fundamentals of fighting always place an emphasis on finding an opening, and the new overhaul of the striking system shows the philosophy off spectacularly.

UFC 3 is ultimately a more measured affair, with jabs, counter punches, and opportunistic shoots for takedowns a recipe for success.

Kicks are slower but still powerful. Without proper combinations to set them up, they are easily countered. And damage to the three main areas of your body can spell disaster.

Now separated into the head, body, and the two legs, it is a much easier system to digest when it comes to damage and recovery. They each have their own characteristics as well, with your head being the most vulnerable but also recovers quickly, the body being more resilient but harder to recover, and the legs do not regenerate their condition at all.

The system certainly rewards the patient and more strategic fighter. Do you take out the legs so your opponent can’t run away from you, or whittle down their body so their stamina takes a hit? Knowing who you are fighting, and who your fighter is, means much more in UFC 3.

Getting a knockdown is much harder, and that is a fair and accurate rendition of the real deal. With a system of visible conditions (health bars) and a variety of other stats (chin, heart), it is a more intricate system. But of course, if your opponent just happens to sway into that spinning backfist, it could easily end that way as well.

The great striking system only serves to make the clinch/ground game much more undesirable. Be it transitions, in the clinch, or submissions, the system has largely been unchanged.

Holding the analogue stick in one direction while your opponent does the same to block you is not fun, nor does it reflect the tremendous effort of the real thing in action. It is a frustrating slap to the face compared to the brilliant subtlety of the striking in UFC 3.

The mechanics of grappling, wrestling, and Brazilian Jiu-jitsu are deep and convoluted, and the game should reflect that. If the ground game is afforded the care that the striking system got, then UFC 3 could have been the greatest of all time.

Speaking of that, the headline mode in UFC 3 is the G.O.A.T mode. Bringing you young/old upstart through the ranks and fighting to the top, maintaining your social presence, promotional and PR duties, and training hard certainly sounds like a compelling journey.

Alas, besides the fights themselves, you will be inundated with menus upon menus. I appreciate the removal of training mini-games that felt like facsimiles of each other, but surely making players tapping through options of various training, PR duties, and social media responses ain’t the answer?

Training to reach your peak fitness makes sense, and the sparring sessions that reveal weaknesses/strengths of your opponents are essential to gaining the upper hand. Other than that, the bumbling mess before the fights are a grind and is just not fun.

Dependent on your performances, you will earn contracts and rivals, requiring you to perform up to snuff before moving up the ladder. To not get into the nitty-gritty of things, just keep winning and eventually, you’ll be crowned the G.O.A.T.

There is not much depth to it other than the bouts, but it’s a fun way to experience UFC 3 if you can gloss over the less than impressive stuff.

A variety of other modes include Stand and Bang (strikes only), Submission Showdown, Knockout Mode, and of course, the ever-present Ultimate Team mode.

It’s exactly what you expect, assemble a team of fighters, train them up, and lose to someone who just so happens to have spare cash lying around. When you can skip the grind and get access to the rare fighters, coupled with superior and high damage moves just by paying, it is a hard climb for us pennypinchers.

As far as Online play is concerned, matchmaking and connections held up pretty well. It’s always more exciting to play against a human opponent, and one thing’s for sure, master the clinch/ground game, and you will usually come out on top. Everyone sure loves to stand and bang.

Visually, the game is stunning, with the large roster of fighters looking much like their counterparts in reality. The presentation echoes a real UFC event, although that’s not saying much considering how little has changed over the series.

Animations, especially during transitions, are spot-on, but hit detection can be a mess when both fighters are just throwing down. The various cut-scenes are a nice touch to G.O.A.T Mode, especially if your Game Face is used. Nothing more surreal than seeing yourself in the Octagon getting ready to take on the champ.

Ultimately, UFC 3 is a competent game. Like its real-life counterparts, the main attraction is still the fight. With a superb striking system dragged down by a poor ground game, it’s almost to there but never enough.

It rewards you for patience and strategic play, and it’s awesome when two skilled fighters get into the octagon, but until EA can manage to grind out a better system for fights and career/Ultimate Team modes, it remains a pretender to the crown.

UFC 3 is an equally encouraging and frustrating affair, pairing wonderful strategy with a dull grind that players will have to contend with if they want to enjoy the game.