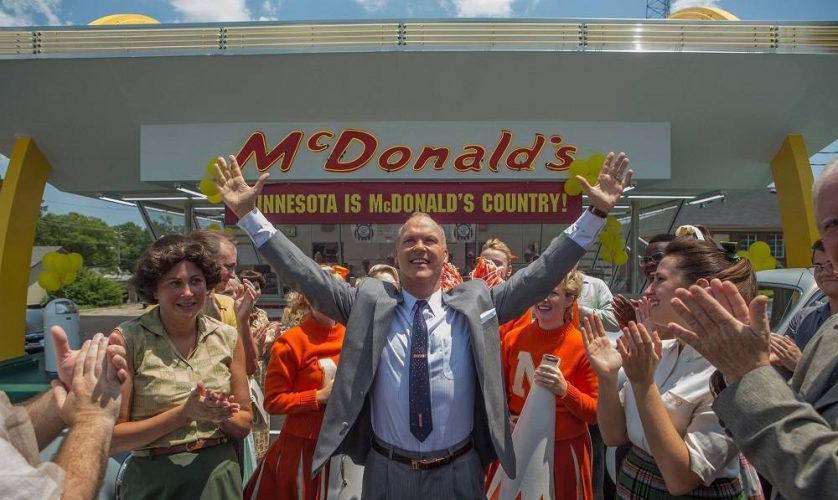 Now matter how the Golden Arches spins it, the man who made McDonald’s the global phenomenal and the very first House of M, Ray Kroc, is a bastard.

A wretched creature grinding out a meagre existence among the travelling salesmen working the door to door strip along Midwestern America in the 1950s, Kroc is the horrific clown that scares children every night.

The era also brought about a grinding fading mirage of domestic bliss for the middle-class working man. But incomes were low and sales were hard to come by. For a man like Ray, life on the road on a daily basis was parallel to Sisyphus –  laborious and futile. He was faced with a constant stream of doors closing in his face, along with declined offers for his multimixer milkshake product, the latest item he sells for the equipment supplier, Prince Castle. 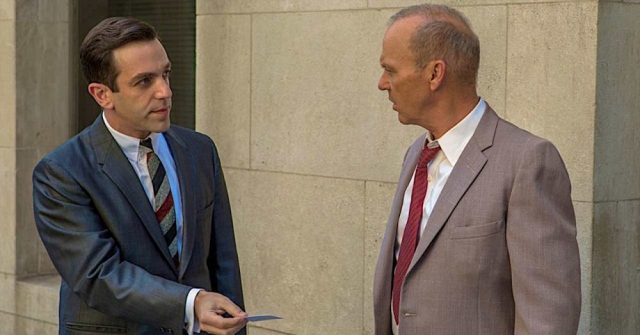 A man at this stage is simply a sorry bastard, worn thin by the hawking of the next best thing that very quickly becomes the last best thing.

The landscape of his slow migration west is a series of meal stops at car stop diners, where food ordered arrives slowly and is almost always wrong, Add to the fact that these unromantic pauses for sustenance always brings him to filthy and delinquent ridden locations, and there’s a solid reason as to why he yearned for a way out.

That’s when Ray comes across Mac and Dick McDonald, brothers who’ve managed to revolutionise and streamline the restaurant diner cooking line, and turn it into an efficient and meticulous process. After getting his first bite, Ray becomes a different kind of bastard. Grasping the concepts introduced by the brother’s bold McDonald’s store, and then going about to spearhead McDonald’s second attempt at franchising, he sees opportunity.

He sees initiative. He sees a ticket out of his own private hell.

Finally having a product and a vision worthy of his years in sales gamesmanship, Ray cuts a bold swath across America, wielding the contracted interests of the franchise, even while being held to the approval of all decisions by the brothers, before he can move ahead. Driven by ambition, self-actualization and greed, Ray’s blazing trail across America soon comes up against the more moral and traditional values of the brothers, with far reaching and final consequences.

You can easily file The Founder in the same container with other character specific films, such as The Social Network and There Will Be Blood, but in this film real-life story, what happens between the brothers McDonald and Ray is pretty much on the nose with what happened in real life.

As the movie progresses, obstacles are placed in front of Kroc to challenge the franchise’s means of both expanding and maintaining the level of quality needed to ensure that the franchises are successful. The escalating friction between Ray, the brothers, the situations and the tertiary players at hand is where The Founder is at its most interesting.

Simply put, this movie is essentially the Michael Keaton showcase. The man is a tremendous actor who brings the portrayal of Ray Kroc to life. There is no mistaking that in this role, Keaton seems to be slowly transforming into the next Frank Langella, both in style and look.

It’s not hard to surmise what occurs in this story, just by extrapolating what McDonald’s has become in the here and now. What is interesting is the study of the man who essentially laid the foundation of what is now, the company that feeds 1% of the world’s population on a daily basis. Ray Kroc the character is the epitome of ambition, determination, greed and success. There is no redemption here as the movie simply shows that the reality of success goes beyond moral imperatives and just doggedly pursuing personal achievement, at the expense of all cost.

The performances in The Founder are pretty excellent all around, with particular mention to Nick Offerman, who plays Dick McDonald and easily holds court against Keaton’s often charismatic performances. 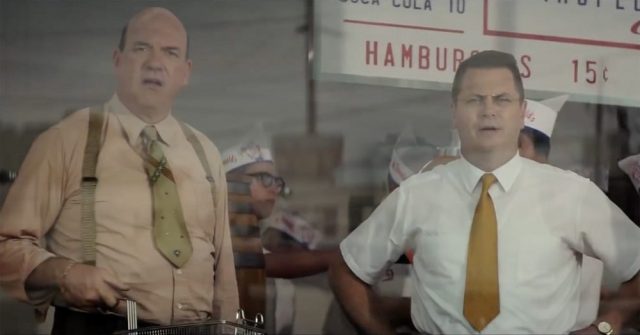 If there is one criticism that can be levied towards The Founder, it would be that for such a much-treasured script, (it sat on the Hollywood blacklist for ages) the final movie is pretty much by-the-numbers. Under the stewardship of a more unique auteur, perhaps a Scorsese or a PT Anderson, the material could have really taken flight. It’s been recognised that Kroc was one of the pioneers of marketing to kids, and in this process, created generations of children eating unhealthy, generic fast food, which has resulted in the high obesity rates among the disenfranchised. But director John Lee Hancock ignores this detail.

The result is a morbid tale that isn’t enough to really be taken seriously for awards contention. It’s certainly watchable, without being a real heavyweight in its genre. Much like an unsatisfying but cheap and popular Happy Meal.

It’s a good time for the great taste of Michael Keaton. 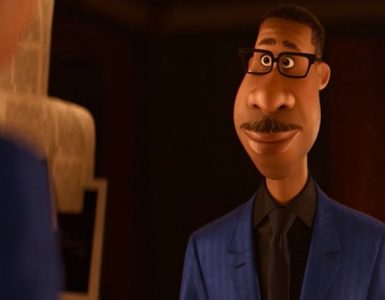 Some feel-good jazz for the soul. 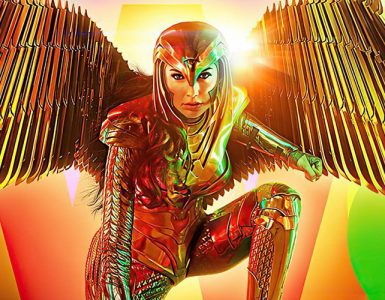 Diana is back, but she's not quite able to reach the same heights as before. 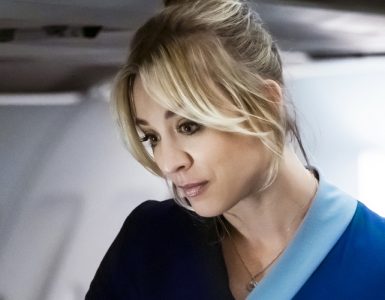 A drunk flight attendant caught in between a murder-mystery.

What If… The Mandalorian Theme Song Had Honest Lyrics For The Show?