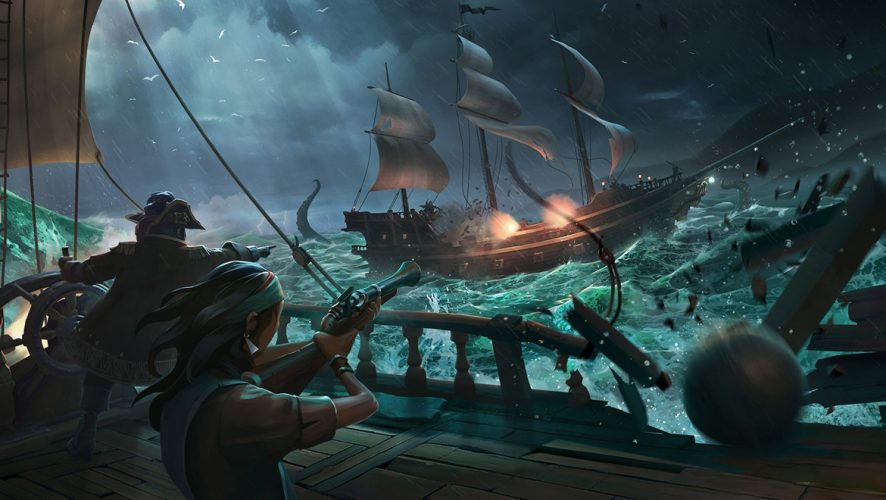 The promises of the high seas and a grand adventure amongst fellow pirates was an intriguing one when Rare first revealed Sea of Thieves back at E3 2016. Fast forward two years to 2018, all that’s left is a title that ultimately fails to live up to its promise, and a ship that is sinking fast with plenty of bugs and glitches.

Sea of Thieves is not entirely without its merits. However, it does warrant some getting used to. Players are thrown into a beautiful and stylized world, without much explanation of what to do or where to go. 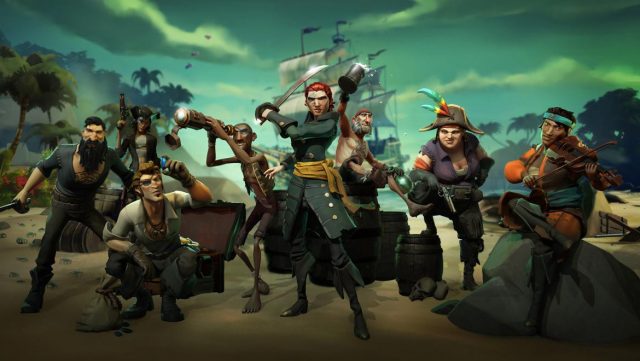 Exploring and discovering the world, there is indeed a sense of adventure and mystery that pervades the rolling waves. The island in the distance could be holding precious treasure, and a flock of seagulls may lead you to a wrecked ship ripe for the picking. The world may be filled with the sea, but it feels well stocked with enough to do and more mysteries to discover.

The learning curve is steep, especially so when it comes to sailing. The multiple layers of mastering your compass, reading the map, testing the winds, and manning your weapons made for a jolly good time, if you made the effort to.

With sailing as your main mode of transportation, it is heartening to see that Rare has not failed in this department. Sailing the high seas and getting better at it is arguably the best thing about Sea of Thieves. And although you can play the game solo, with so many moving parts, it is ideally played with other people, and if you have friends along for the ride, it is magical. 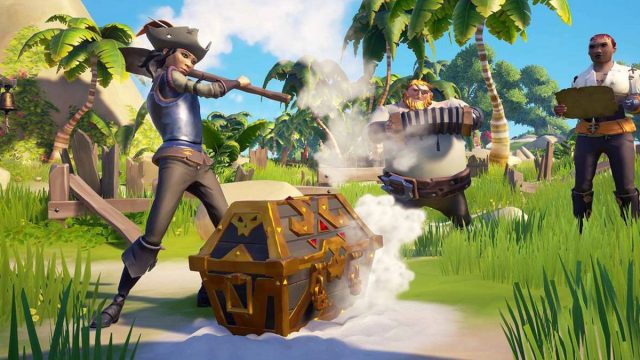 When you can communicate with one another, adjusting sails, steering clear of debris, repairing holes, and firing cannons, it reflects perfectly what a great pirate adventure should be like: exciting, chaotic, and most important of all, fun.

Add more advanced manuveres like ramming, handbrake turns, boarding, or suicide bombing runs, it is a source of great satisfaction when you bring down an equally or more skilled foe. Sadly, this can be dampened by Sea of Thieves’ respawn mechanic, which can allow downed crews to quickly get back to the seas, essentially leading to a war of attrition. Of course, this works both ways, so players can employ the same tactic as well.

Sea of Thieves also tasks players to leave ports on voyages given by one of three factions, each catering to a specific mission type. Buried treasure is The Gold Hoarders’ game, eliminate undead captains with The Order of Souls, or capture wildlife for The Merchant Company. 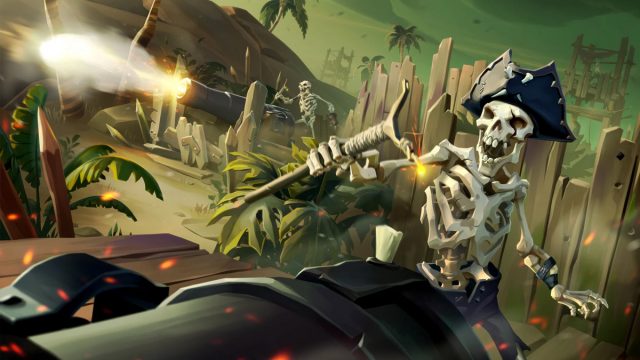 Other than creating your own memorable adventures by exploring the seas, the voyages are the game’s only meaningful progression, and it suffers for it.

While the voyages do get more complicated and give better rewards the longer you engage in it, the loop remains repetitive and ultimately boring. Enemies become harder, with more thinking required to best them, but in the end, you kill some stuff and bring back your objective, this is fetch quests at its worst.

On land, combat is simplistic and wears out its welcome pretty quickly, would-be pirates can wield a cutlass or fight at range with pistols, blunderbusses, or the Eye of Reach rifle. 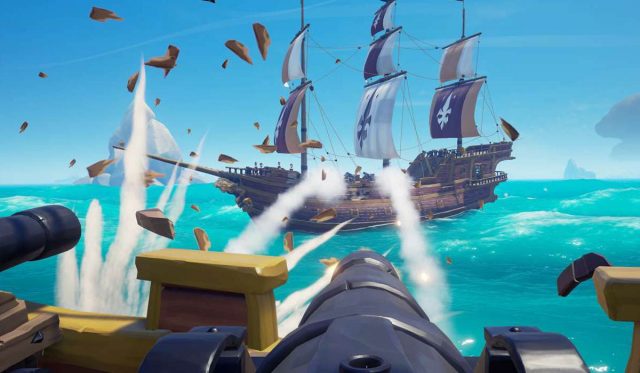 It certainly does not help that the status of being a Legendary Pirate for the endgame is achieved with a less than impressive combat system and mundane grinding.

It becomes even more infuriating when you consider the bulk of the content can be burned through in 4-5 hours for a dedicated sailor. As a heralded AAA title meant to be one of Microsoft and Xbox’s flagship exclusives, the lack of content is simply unacceptable, and with its price point, plain ridiculous at this stage. Destiny 2, an admittedly more fleshed out title, lost the goodwill of the hardcore when it came to the endgame, and Rare needs to up their game if Sea of Thieves is to survive. 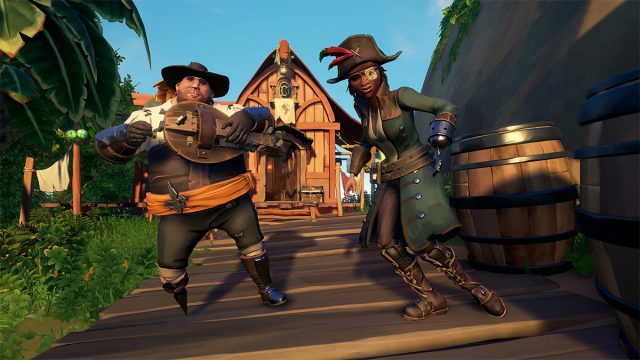 As you collect gold from random loot or completed voyages, you would think it would lead to more rewarding ways to play. Unfortunately, besides cosmetic upgrades for the ship and your pirate, or to purchase new voyages, gameplay remains routine. Hard work should mean something, but that meaning is buried and missing in Sea of Thieves.

In its present state, Sea of Thieves has a wonderfully realized world that is chocked full of potential, but that’s it. The progression is slow and unsatisfactory, rewards are meaningless, and a general lack of variety makes the game a grindy and tedious time.

Sailing remains the biggest draw, and the game is a good time when you have friends. However, if you are a solo pirate, or looking for something meaty and with depth beyond its sailing, the boat has long sailed.

For one of Microsoft’s exclusives, Sea of Thieves should have been a glittering jewel in its crown, but in its current state, it should remain dead and buried.