Girls, if anything ever happens to you, pray that you have a friend like Cassie Thomas.

Played by Carey Mulligan, the protagonist of this movie is a woman seeking to avenge her best friend, who was a victim of rape but the case was never pursued by the authorities, and the rapist got away scott free. A seemingly bored café employee by day, Cassie turns into a fearless vigilante at night and hunts down slimy men by pretending to be drunk at a bar, before giving them the scare of their lives when they get touchy feely.

The feature directorial debut by Emerald Fennell may feel like a black comedy at first, but the subject matter is all too real, and sheds light on sexual abuse and harassment, and on a more terrifying level – rape culture that is often swept under the rug.

When we first meet Cassie, she appears to be dead drunk at a bar and audiences will fear for her as she gets clumsily fondled by equally drunk men. A decent looking guy (a cameo appearance by The OC’s Adam Brody) comes along and offers to take her home and we feel relieved, assuming that Cassie is going to be in safe hands.

Nope, this is another douchebag up to no good. During the ride, he asks: “Would you wanna have a drink before hitting the hay?” Next thing we see is this guy pouncing on Cassie at home, whispering into her ear and telling her that she is “safe”. In her drunken state, Cassie asks “What are you doing?” while he continues to undress her. In a shocking but powerful moment, Cassie sits up and forcefully says: “Hey, I said what are you doing?”

We do not get to find out what happened to the guy (it is probably nothing pretty), but this is just the first of the many missions that Cassie takes upon herself to put fear into guys who can’t get it the proper way, and need to target women, as she works to rid the society of scumbags. While some are funny (Christopher Mintz-Plasse from the Kick-Ass movies shows up briefly to be punished for being sleazy), others are uncomfortably poignant to watch as we find out what Cassie’s best friend went through in medical school that culminated in a tragedy.

As the 113-minute progresses, viewers begin empathising with Cassie as she hunts down people from her school days to punish, once she finds out that the rapist is getting married, and has effectively moved on with his life. Evidently traumatised by what happened in the past, our anti-heroine has not healed emotionally and has become obsessed in seeking revenge.

What’s scary about this movie is that it doesn’t play out like a typical thriller where the protagonist has an end goal to achieve. The incidents in the film are not edgy or provocative – they are so frighteningly real, as they reflect a deep possibility that the events depicted may be happening on a daily basis to people around us.

The last woman who scared us on the big screen was the Bride from Quentin Tarantino’s Kill Bill films. The angry lady, portrayed by Uma Thurman, was on a killing rampage after waking up from a coma and realising that her life has been destroyed and while Mulligan’s Cassie is not stylised for the screen like the Bride, her rage feels more relatable and disturbingly real. The actress delivers an impressively relevant performance that has been recognised at several film awards.

Mulligan puts plenty in this role, portraying a pain and viciousness wrapped in bleakness, as there is no possible positive outcome for the events here. It’s a dark #MeToo revenge film steeped in reality and up to a point, the anger you feel for Cassie and her best friend evolves into a sense of dread of what is to come.

Here’s a warning for audiences who love happy endings. The movie will end on a queasy but heartbreaking note that will leave you thinking about how sexual abuse has destroyed many lives, and start reading up on what you can do about this worrying issue.

A warning for all sleazy men: Don’t get hanky panky with the ladies, because hell hath no fury like a woman scorned. 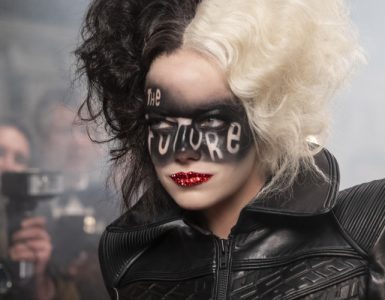