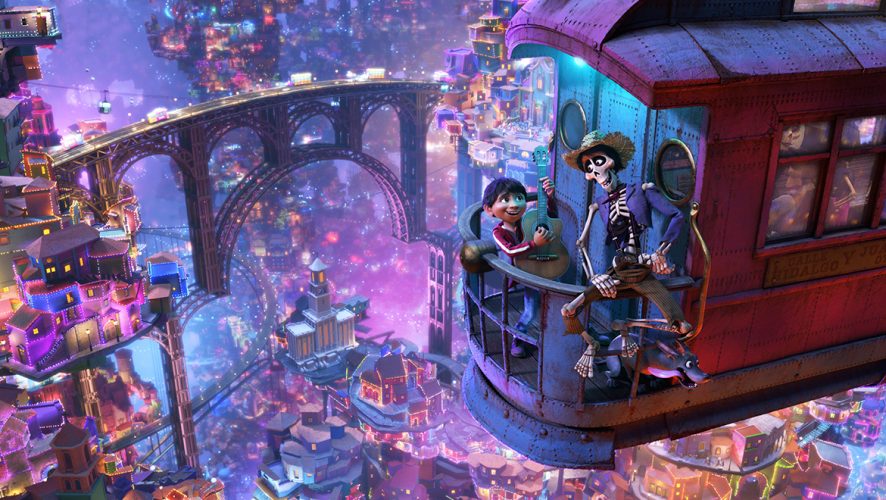 Different cultures around the world celebrate death in a myriad of ways, and how we pay tribute to our forebears vary wildly as well. In this part of the world (Asia), we have our own melting pot of cultures packed in a space way smaller than Mexico. And yet, if you’re exposed to pop culture, the concept of Día de los Muertos (Day of the Dead) should not be lost on you, having been seen recently in James Bond’s Spectre, or in video games such as Grim Fandango.

For Pixar to take on such a thematic concept that might invoke cries of cultural misappropriation illustrates how ignorant those easily triggered the outraged are. At its core, Coco can be considered a refinement of what Pixar has come to be known for outside all their mainstay franchise offerings.

As with all adults in almost every Pixar movie, they’re always the same folks who impose their will and values onto the children, which is also something that should be extremely relatable to the kids. Miguel is not that different, as his Abuelita (grandmother in Spanish, voiced by Renee Victor) violently opposes his dreams in becoming a musician, even going to the extent of smashing his guitar.

Choosing to go to great lengths and follow in the footsteps of his guitar hero, the late Ernesto de la Cruz (Benjamin Bratt), Miguel learns that not all that he places on a pedestal is as it seems. While robbing the grave of Ernesto de la Cruz, a curse is unlocked and Miguel has to set things right. No matter the culture or context, the act of defiling a grave is a big no-no no matter what. 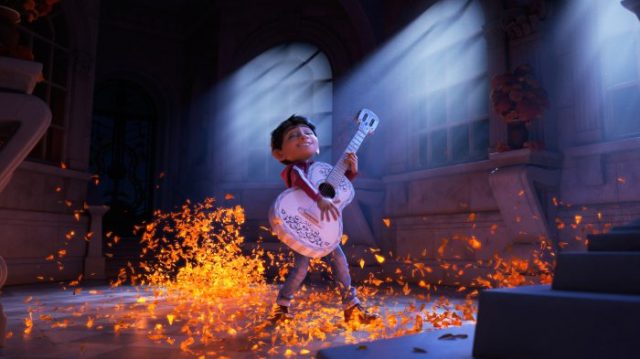 What troubles Coco as a movie is its really slow start-up time (we’re talking Apple Macintosh 128K speeds here), before the show is finally able to hit its paces. The moment Miguel falls out with his living family, to the point where he meets with his family in the afterlife, could have been sped up. On top of that are the familiar tropes that cinema goers would already encounter on a regular basis.

It feels as though the co-directors Lee Unkrich and Adrian Molina were reaching deep into Pixar’s bag of tricks, and sprinkling a generous amount of studio magic to make it all work together. If anything, at some points of the movie, it does feel like another Pixar movie might have been reskinned for Coco. Depending on who you are, that might be both a good or a bad thing.

However, the directors also illustrate that they do have a few surprises up their sleeves, but they do leave it a little too late into the movie. The high standards when it comes to watching a Pixar movie is a tall order to meet and yet it’s also hard to fault Coco considering the studio’s pedigree. At least it’s not a sequel. 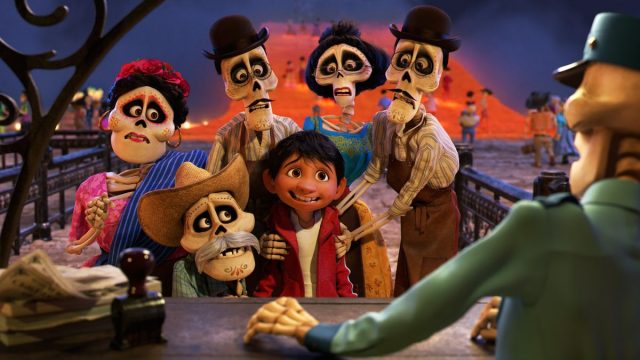 Compared to the masterpiece that was 2015’s Inside Out, Coco is good in its own right but there might be room for debate how each movie was able to successfully create their own emotional apex. For me, Inside Out is still the benchmark to beat. What Coco truly lacks is a stronger audience connection to Miguel, for his dreams appear to appeal more to the selfish side of life instead of the self sacrificial.

All things considered, Pixar shows that it still is able to craft great stories no matter the context. While it does become rather formulaic, I would gladly take these any day of the week rather than another franchise sequel. While not the greatest work, the studio still is able to maintain a standard where they are able to delight, surprise and pull at the emotional heartstrings of the audiences with a snap of the fingers.