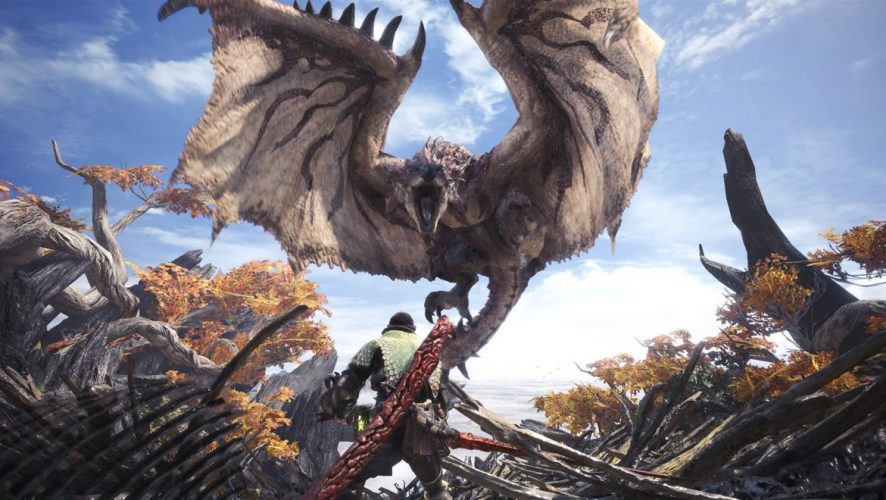 For many, video games are some of most fun you can have as a form of escapism. In Capcom’s Monster Hunter: World, the company has made an adventure of pure fantasy.

After all, dropping into exotic locales and trying to bring down hulking beasts for parts can’t be an everyday affair, right?

What is real, however, is the thrill, excitement, and more importantly, the sense of accomplishment that comes with every hunt, successful or not.

If you are new to the hunting business, Monster Hunter: World follows the well-worn path of its predecessors. You research your prey, preparing the necessary gear and items, eat an epic meal, track it down, and initiate a graceful, sometimes chaotic, dance of hit-and-run.

Be it a gigantic lizard, or a gargantuan and flaming beast of flight, they are all no match for the intrepid hunter that has the brains, and more importantly, the gear to bring it down. 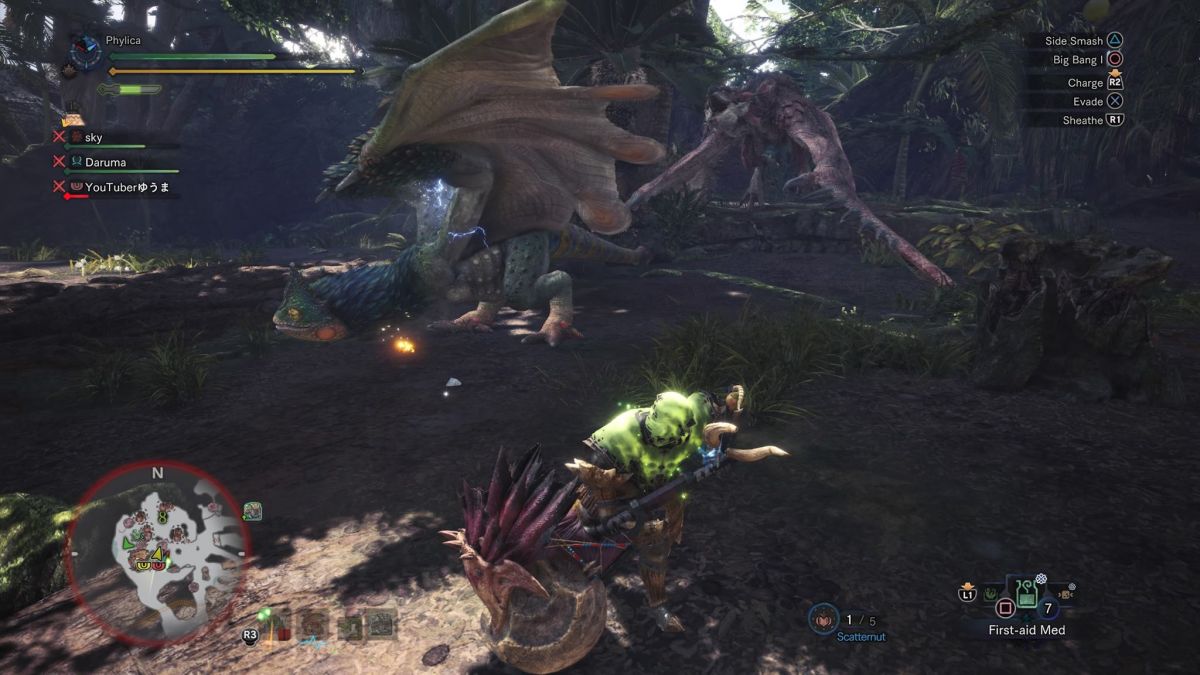 It is a fight to the death, and even with the generous amounts of tries you get at each beast, the risk of failure is often real, and it all adds to the addictive formula of Monster Hunter.

It is a cycle that first dug its claws into this player 12 years ago, with Monster Hunter Freedom on the PlayStation Portable. While it was fun to be hunting on the go with friends, the series has come a long way with World.

It feels like a culmination of everything good about the franchise, and on a brand new graphical engine to boot, and it lessens much of the frustration many of the earlier entries created.

Unless you are willing to wait for the PC version, Monster Hunter: World is best experienced on either the PlayStation 4 Pro or the Xbox One X. With the options to prioritize resolution (for 4K) or frame rates, the game is a sight to behold either way.

From the windblown leaves in the Ancient Forest, the billowing sand in the Windspire Wastes, or the terrestrial-like pulsing in the Coral Highlands, the gorgeous vistas will take your breath away every single time. It just does not get old. Each location is chocked full of wildlife, flora, and plenty of interesting sights to catch. The more you explore, the more your map fills up, and it can be a lot to take in. With several elevation levels, the maps are beasts themselves, and despite having spent over 50 hours in the game, there are still secrets to be uncovered.

The main attraction, the monsters, are no slouches in the visual department either.

When you have the time to admire the individual scales of the Nergigante or the electrifying elegance of the Kirin, it is a mindblowing moment to see the amount of work put in the game’s design.

Kudos, too, to Capcom for coming up with the many distinctive traits that makes up Monster Hunter: World’s bestiary. While there are only a few returning beasts like the Rathalos and Rathian, the new additions are brilliantly thought out and fun to fight against. 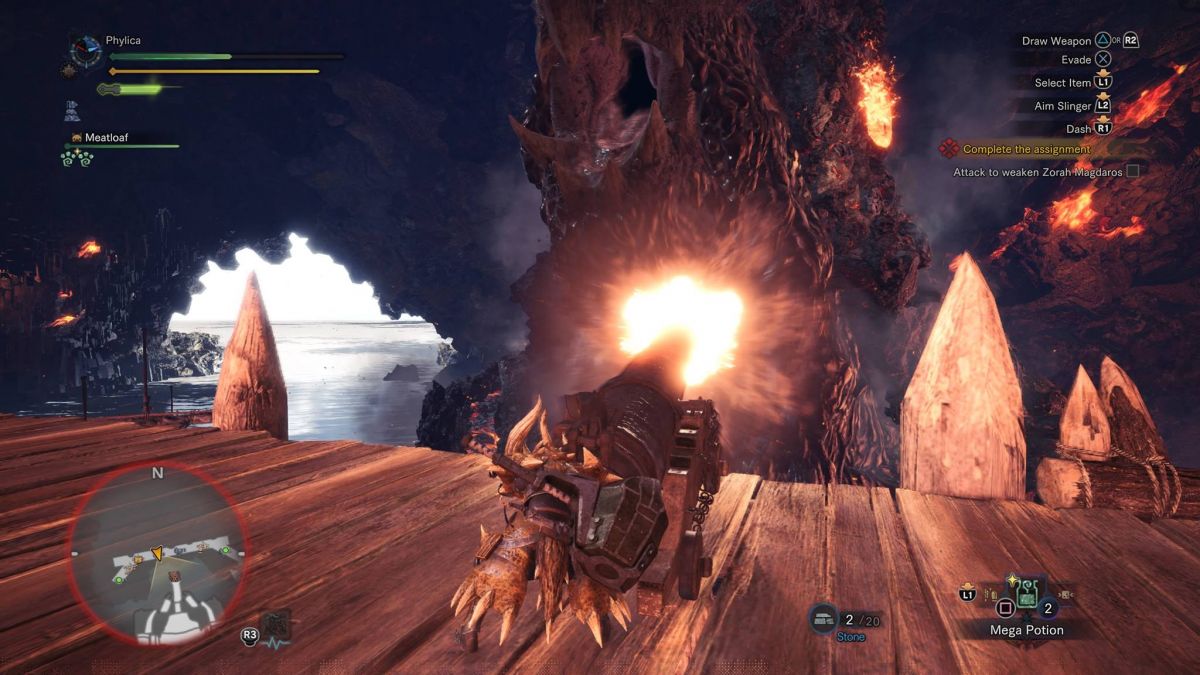 Preparation and strategy have never been more fun, and even if you have to repeat the process time and time again for your different quarry, the appeal holds.

Monster Hunter: World, and by extension, the entire series, has always been as deep an experience as you want it to be. Sure, you can just pick a favourite weapon out of the 14 (sadly, there are no new weapons) and bludgeon your way through, but there are many underlying systems that are in play that could potentially change up the whole game.

This is where the game slightly falters. While it manages to explain much of the basics well enough with tutorials and tooltips during loading screens, there is a multitude of questions that you will be hard-pressed to find answers for, like figuring out armour skills or what weapon affinity means.

The Internet and the Monster Hunter community is helpful as ever, but the fact that you need to go outside of the game is a travesty. The learning process is most beautiful as you get more comfortable with hunting. Learning the neat tips and combos of the various weapons will season you as a hunter, and it marks the difference between a new player and an accomplished hunter.

It takes skill to switch from taking opportunistic pops at the aforementioned Rathalos, to systematically dismantling its wings, poison, and flame attacks in a choreographed dance of Hammer blows and occasionally, Bowgun shots.

You will improve the more you play, and the sense of progress from needing 45 minutes to take down a beast to a more relaxing 10 minutes hunt is not to be scoffed at.

Thankfully, Monster Hunter: World starts off strong and never quite lets up. You will be battling grand monsters, turning in quests, crafting new armaments, and heading out again in a never-ending loop of enjoyment and purposeful grinding. 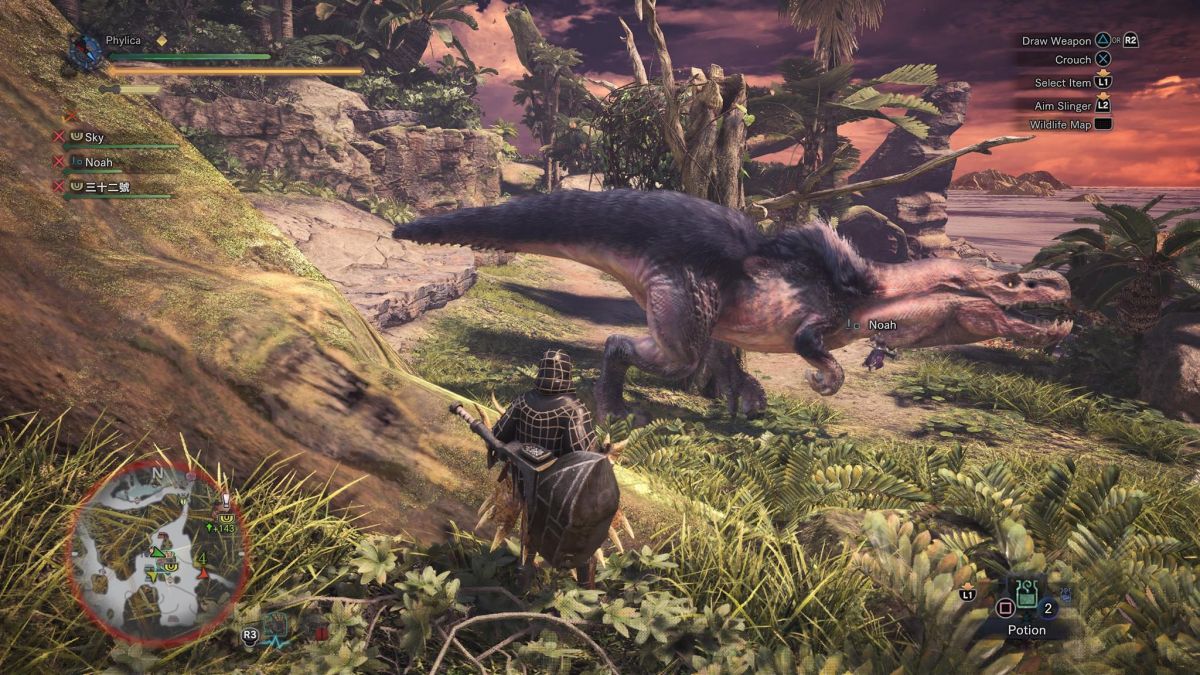 Much of the head-scratching minutiae that plagued earlier games has also been removed. Forget about bringing additional pickaxes, whetstones, and BBQ pits, they just work now. Even picking herbs were a hassle in the past, but now, you just hit a button as you run past and it is all done swiftly. Hurray for evolution!

Weapons and armour crafting has also been made more streamlined, and the many upgrade trees open up as you venture deeper into the game. It is no surprise that one look at your hunter and other players will know your mettle, even if some of armour sets can look ridiculously endearing and downright silly.

It is a mark of the true hunter to rock a poofy fur outfit and jump into battle. Even your feline companion, the Palicos, are not missing out with their own brand of silly antics and occasional aid.

With plenty of elements to consider, as well as your own personal play style, Monster Hunter: World caters to all kinds of players, and achieving that balance is not easy, but somehow, Capcom has done it well thus far. 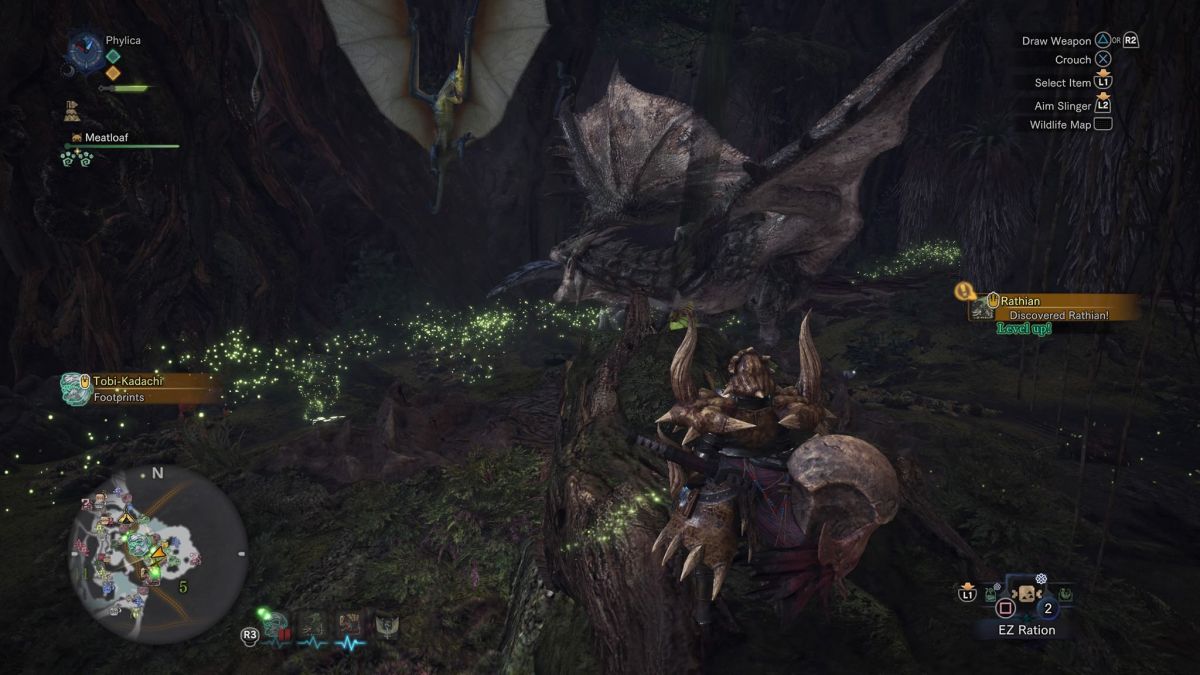 This balance is essential as you head into an integral component of the Monster Hunter experience, multiplayer. The issues with matchmaking and online functionality has been well-documented, but once you are in, it is intuitive and an utter pleasure. The rolling death squads motif applies well if you have a squad of experienced hunters looking for trouble.

On the single-player side of things, the mainline campaign offers enough to new players, with only a few quests that can be considered challenging, especially for veteran players. The story can be considered a throwaway plot line, serving to push players along to the endgame that is High-Rank Quests.

With the game’s most ferocious beasts and souped-up versions of monsters you have hunted before, this is where the meat of the game truly is, and the start of many an obsession with the constant hunt. 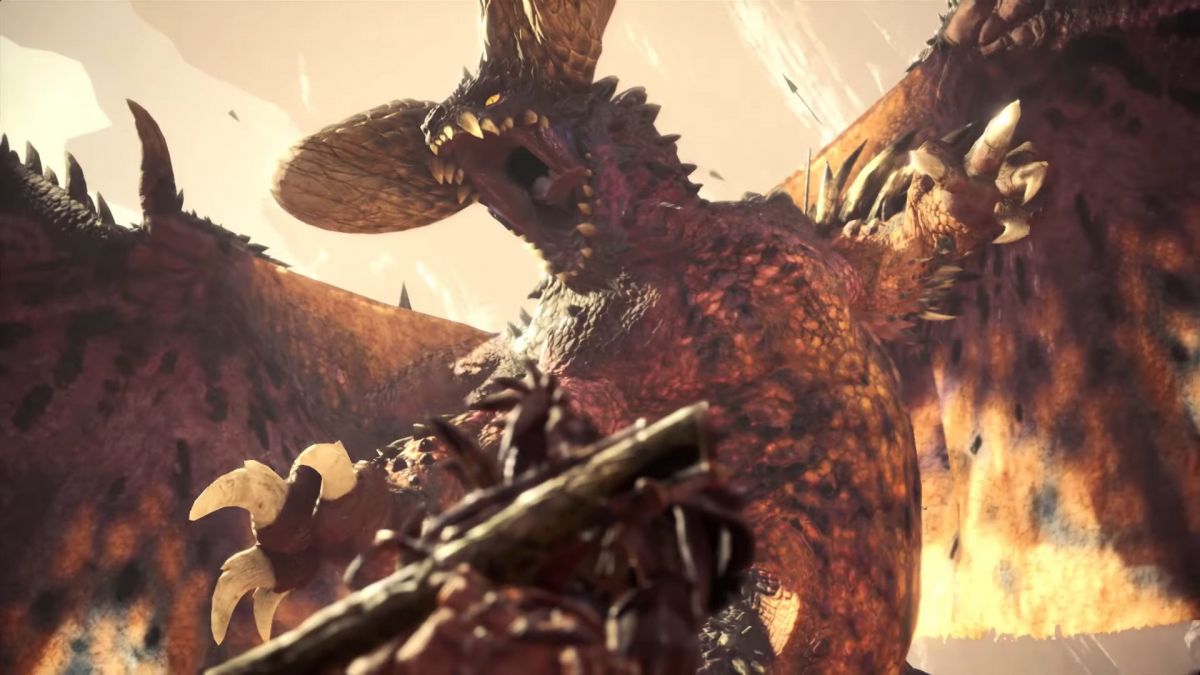 The Monster Hunter series has always been well loved, if not, well known, but now it has hit the mainstream with the biggest splash possible, with many newcomers joining the old guard, and this is good news for the longevity of the franchise.

It has not always been a smooth ride, but Monster Hunter: World eschews the many niggling gripes of games past, retaining its strategic depth, and presents a supremely beautiful, exciting, and the most well executed Monster Hunter title to date.

There is simply no better way to start off a new year than with one more game of the year contender. 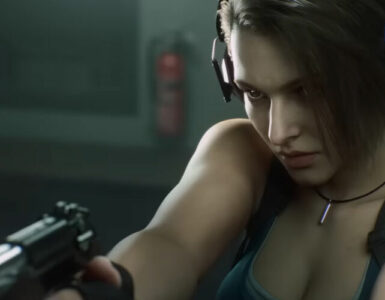 Adding some bite to the summer. 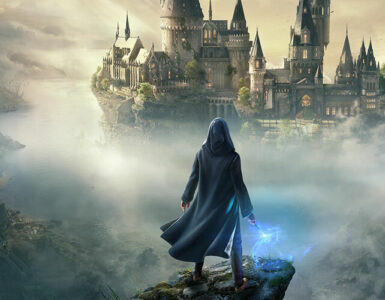