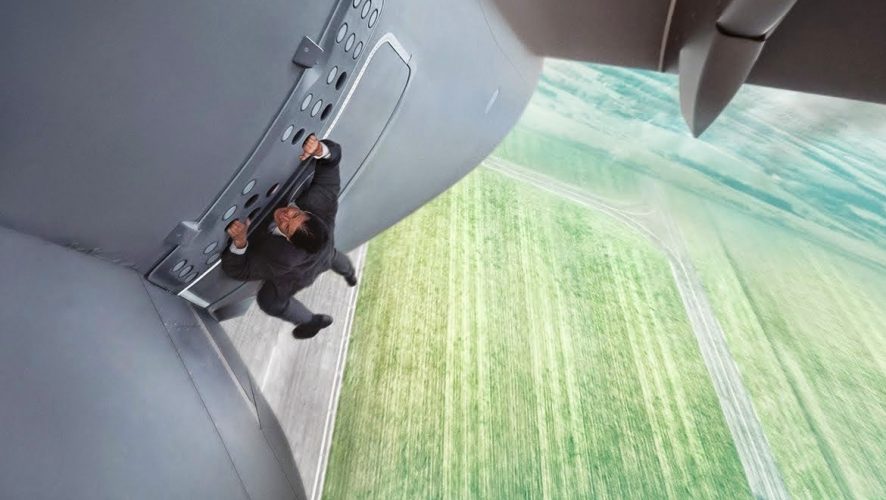 Tom Cruise is the most hardworking actor in Hollywood. Say what you want about his beliefs and personal life, but there is no escaping the fact that he puts in 200 percent in all of his movies. Every time he runs, talks, jumps or hits someone, you get the feeling that he’s not phoning it in, and that every scene requires his best.

Maybe it’s because he’s still one of a handful of aging, if not the only, star that can still deliver at the box office. The box office results may not be at the peak that they once were, but no young actor has come close to the consistency in making a splash at the box office.

And that is basically the premise of the new Mission: Impossible – Rogue Nation. Ethan Hunt (Cruise) is still with the IMF (Impossible Missions Force) but the clock is ticking on the highly secretive organization. After the near-disastrous events of the previous film, Ghost Protocol, in which a tactical nuke nearly his Manhattan, CIA head Alan Hunley (Alec Baldwin) believes that it is time for Hunt to answer for his reckless behaviour, and to shut down the IMF. William Brandt (Jeremy Renner) is trying his best to protect the IMF, not knowing that Hunt has been kidnapped by the Syndicate. By the time Hunt escapes, the IMF is gone and the CIA is after Hunt. So what’s this about Hunt being old and not the top agent he was once?

Gone is the suave superspy who works alone, and is the best at what he does. In the opening sequence, Hunt is late in trying to stop a plane from taking off and despite all his skills, he cannot do it without the help of Benji Dunn (Simon Pegg). Luther Stickell (Ving Rhames) is also along for the ride and while Ethan saves the day, it is not without the help of a lot of luck. Maybe Hunt is doing what he does, because he has something to prove.

The fact that he got kidnapped and couldn’t escape without the help of rogue agent Ilsa Faust (Rebecca Ferguson) is also something that the audience realizes, and the movie acknowledges that in several instances, that pure dumb luck played a huge role in Hunt’s success. In fact, the movie subtly acknowledges elements of its main star, as if it was some sort of in-joke. Cruise being too short to be a spy? It’s in there. Hunt leaving too many things to chance? It stated in parts of the movie. The use of plot twists to create more twists that can backfire? It’s mentioned as well.

But director Christopher McQuarrie weaves together a very tight script and before you can consider the consequences of events that have occurred, something else happens along and you’re strapped in and being taken for a wild, exhilarating ride.

McQuarrie last directed Cruise in the underrated Jack Reacher and it is very obvious that McQuarrie is adept in handling action. If you’ve seen the trailer and saw Hunt hanging from the side of a plane that is taking off, you would also know that the scene was shot with practical effects, and Cruise was really strapped to the side of the plane. It’s a massive stunt to piece together and create, but what you may not know is that McQuarrie threw that sequence to the audience within the first 10 minutes of the film.

And any film that is that confident of delivering that so early in the film, to be arrogant enough to toss out what counts as a commendable action set piece that early in the movie, deserves to be noticed, because McQuarrie continues to top himself throughout the film. 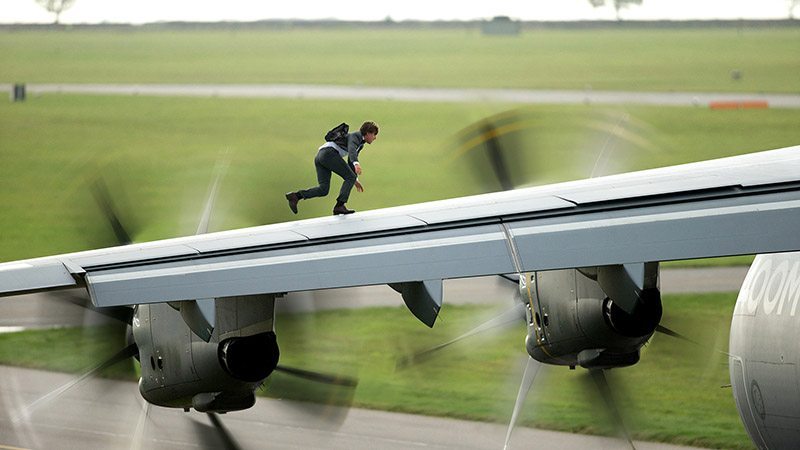 He has taken the foundations set by De Palma in the first movie, added some stylistic (but not too over the top) elements exhibited by Woo, carried on the rogue traits established by Abrams and followed the slick stylings set by Bird, to deliver a smart spy caper that borrows heavily from the TV show, but is original enough to stand on its own.

In an effort to track down how he finally identifies as the leader of the Syndicate, a hunted Cruise enlists the help of Dunn, and comes across Faust again. Crosses, double crosses and feints are pulled, as no one really knows who to trust. Is Faust a double spy for the Syndicate playing Hunt, and is Dunn, who has been relegated to a desk job since the folding of the IMF, helping Hunt so that he can answer to Hunley?

The script maintains the classic formula of the Mission: Impossible TV series, where nothing is what it seems, but does so in a way that does not confuse or string the viewers along. Everything leads the team to a secret facility where a hidden cache of files is located, and the team must now infiltrate it to extract the data.

To be honest, the Mission: Impossible film series started out weak, but each sequel has been an improvement over the previous one. And yes, that includes the second outing by John Woo, whom many feel to be the weakest of the series. But things really took off with the third flick and what Brad Bird did with Ghost Protocol was to make it less about a James Bond type of action flick, and more of an ensemble piece where every member of the team had a role to play.

Brandt, who was the unknown element in the previous movie, is now the behind the scenes guy holding the leftover pieces of the IMF together. Benji is the newly minted field agent who holds his own due to his tech expertise, while Hunt has to rely on Faust to go after the mysterious leader of the Syndicate, even though he is not sure that she can be trusted. 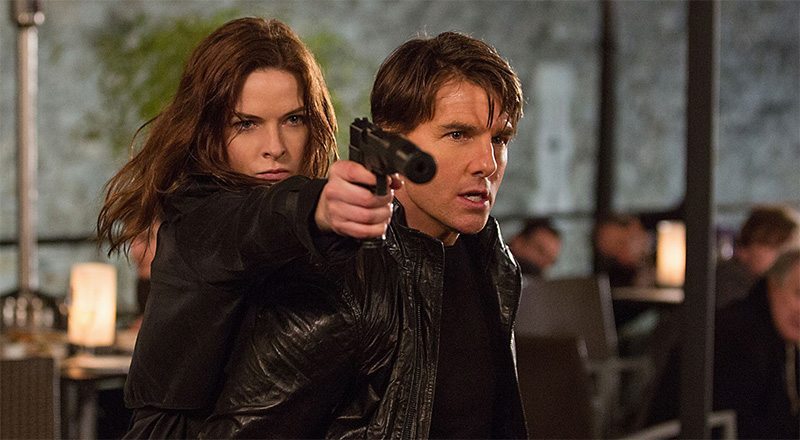 The focus on the IMF team is so strong, that the movie can be forgiven on the one element that the Bond movies have set the rules on; that the Mission: Impossible films has longed ignored, and continued to in this outing, and that is to have a master villain who is seen as a real threat to our heroes.

Despite his best attempt to mimic a nasally voice, Solomon Lane (Sean Harris) comes across as a one-dimensional villain, not unlike the big-bads in the previous movies. Sure, Phillip Seymour Hoffman was great in his role in Mission: Impossible III but the rather real-world nature of the series means the villains aren’t necessarily depicted as gloriously evil.

The true star of the show isn’t Hunt though, and neither is it any of the other guys. I had no idea who Ferguson was before this movie but colour me intrigued. Faust is not the damsel in distress, nor is she some femme fatale meant to be mere eye candy. The movie spends a lot of time explaining her motivations, while avoiding to tell audiences what makes Hunt really tick, and at the end of the film, her take on Faust comes across as being a fully developed character that would be a welcome sight in any subsequent sequel.

There is no denying that the franchise was reinvigorated by Bird and McQuarrie has held that torch well by adding to the mythos here. The stage has been set for yet another Impossible outing and if the Impossible Missions Force says that it is doable, who are we to deny them the chance to show us how well it can be pulled off?

Your mission, should you choose to accept it, is to catch this movie and try not to enjoy it. That would be Mission: Impossible indeed.