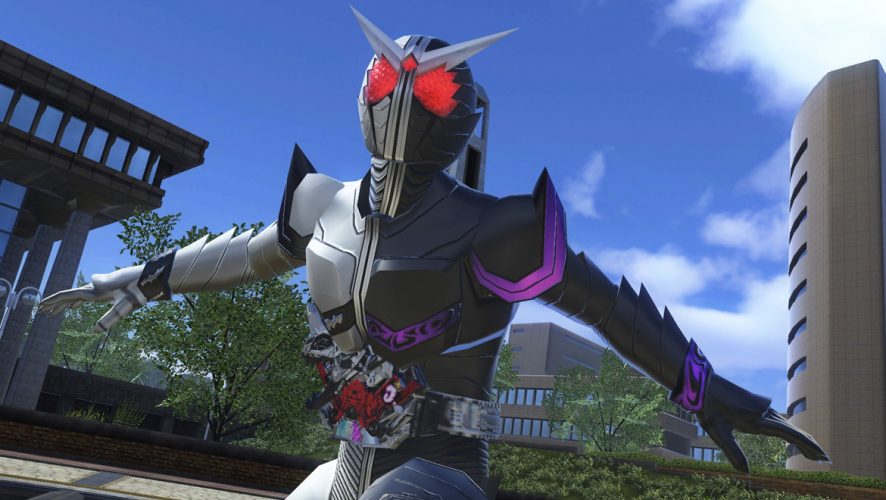 Unlike the previous games, Kamen Rider: Climax Fighters is a role-playing arena brawler.  It has a considerably smaller roster that features only heisei and shin-heisei main and (some) secondary Riders, with the exception of Kamen Rider Black, who was included as a part of his series’ 30th anniversary celebration.

The exclusion of Showa Riders may be a bit of a turn off for long-time fans or those who love the classics, but it’s negligible for new age fans. Hopefully, the older Riders will be available as DLC content in the future. 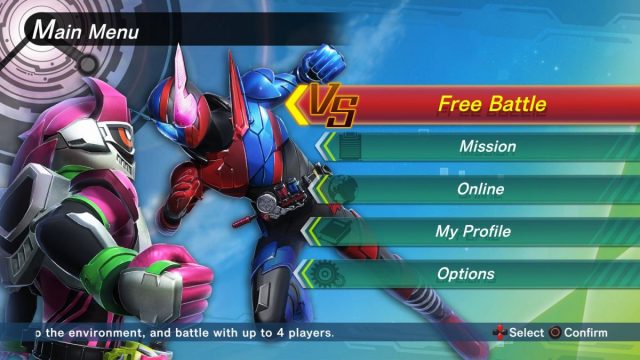 There are three different ways to play the game: Free Battle (local multiplayer), Mission mode or Online (server multiplayer). Free Battle is a great party game option as it allows 2-4 players to battle at one time, while Online allows you to set up or join a room to take on other players in a 1V1, 2V2, or battle royale game on the server. Mission is a simple VS Computer mode with no real story.

There’s also a very in-depth tutorial mode that teaches you everything you need to know about the game, from basic movement, to how to activate your special moves and ‘Evolution’, which unlocks your ultimate Rider form. 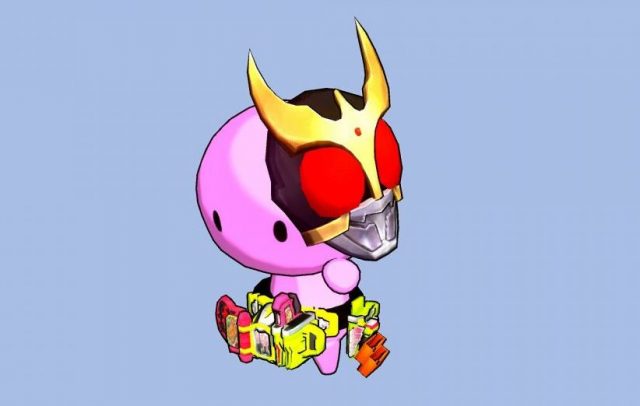 In Mission mode, each ‘mission’ comes with multiple stages of different levels difficulty, as well as short stories that explain why the Riders are taking each other on. It automatically assigns the Rider to the player, which is where the role-playing aspect of the game comes into play.

Completing each mission rewards you with prizes, such as masks styled after a Kamen Rider helmets, Rider belts and posters you can use to decorate your ‘room’. You can equip the masks and belts to your online avatar, to give it a unique look but other than that, there’s no real point in playing the Mission mode. There’s no overarching storyline, or any in-depth character interactions.

It’s an interesting way to be ‘forced’ to explore Riders you would normally not choose. But the lack of individual Rider stories makes the gameplay a bit bland and repetitive after awhile, even with the different ‘mission’ objectives. 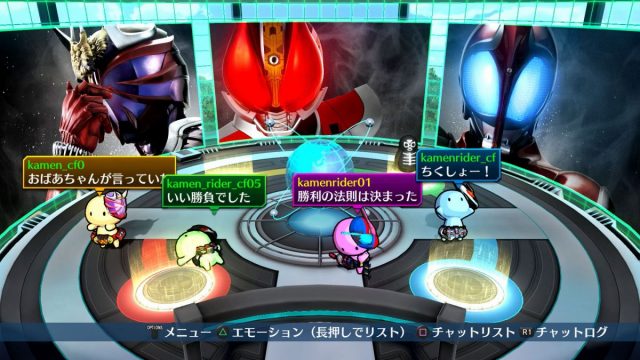 Taking on other players in the Online mode is pretty straightforward, and when you get to connect to other players, the experience is pretty smooth. However, a big drawback is that there isn’t anyone to play with – or rather waiting to connect to the few players that are online can take a while, because there aren’t many of them in SEA.

Fans will enjoy the dialogue that happens between the different Riders when they interact with each other during cutscenes. Alas, there’s not much depth to it, and comes across as a stripped down version of Injustice’s character interactivity.

The game plays like other brawlers. There are chainable combos, and each character has their own unique learning curve. Otherwise, the controls are fairly straightforward. Each Rider’s arsenal contains normal attacks, three special and two super moves.  Other than that, players can dash, dodge and block. 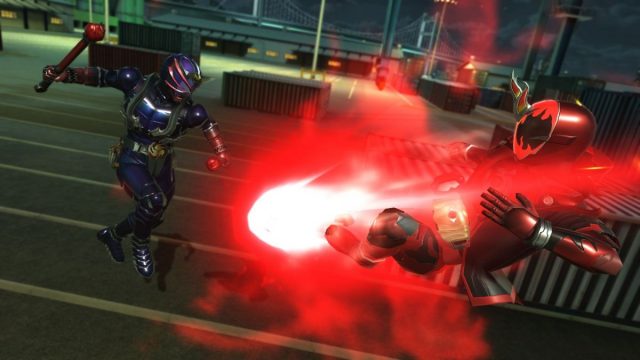 Thanks to the 3D arena (which harkens back to Virtua-On), it’s possible for Riders to execute flawless Rider Kicks (if they are pointed in the right direction), throw enemy Riders into walls and smack them down into the floor, which is pretty cool. It’s easier to dodge these moves than block them, as there seems to be a lag between initiating a block and making it happen. You can cancel out certain moves as they are happening, but they seem to need a level of precise timing in order for that to happen, which can be tricky to ascertain in battle unless you know the game very well.

The game also rewards you for being an aggressive fighter. In battle arenas like these, it’s easy to just keep running around until you find the perfect opportunity to hit back. But in Climax Fighters, the longer you stay on the defensive, the higher damage you while the more aggressive you are, the faster your Evolution gauge will fill up. 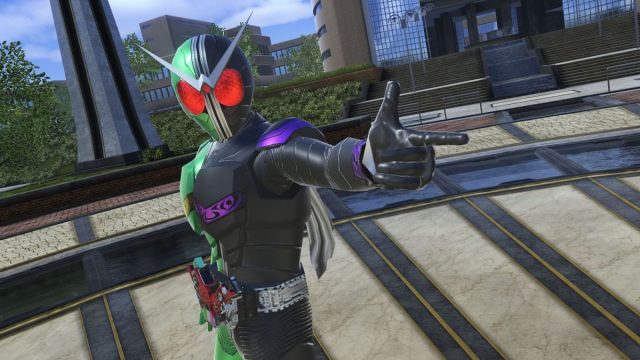 In previous iterations of Climax Hero games, each Rider could switch forms during battle. In Climax Fighters, you can only ‘evolve’ to each Rider’s penultimate form while the other variants appear as moves. So far, Kabuto seems to be the exception. He appears initially in his Masked form, before switching to his Rider form and evolving to his Hyper form. W, Kiva and Den-O are some of the more fun characters to play, as their different moves have them switching between all their forms. For example, W cycles between CycloneJoker -> HeatMetal ->LunaTrigger -> FangJoker.

Despite their best intentions, Eighting and Bandai Namco have just barely managed to deliver an enjoyable Kamen Rider game that the fans deserve. Ultimately, the game lacks replayability as after you’ve gone through it once, there’s little incentive to revisit the game – at least until the Online mode gains more players.

Fans will find this fun for a spot, but will ultimately go back to 2014’s BatteRide War Genesis or even 2012’s Kamen Rider: Super Climax Heroes if they want a proper Rider brawl.

Unfortunately, this game isn’t going to walk the path of the heavens and to rule over every Kamen Rider game.