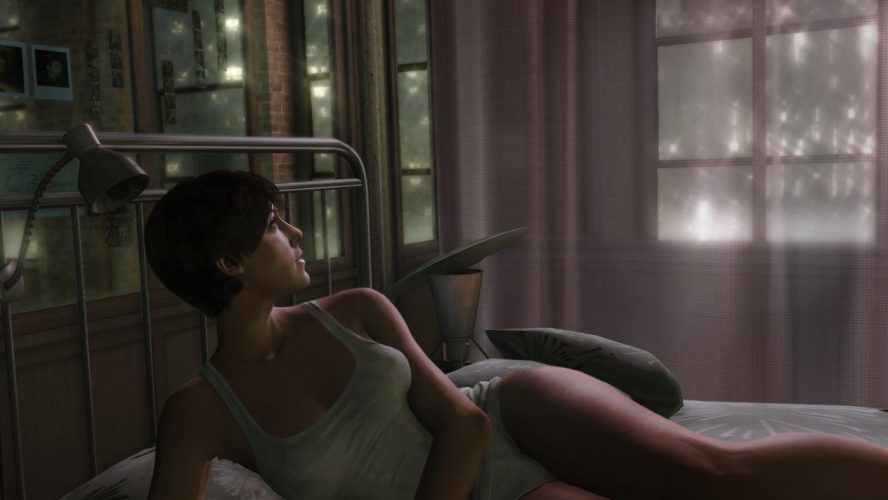 Quantic Dream has the well-deserved reputation of making games with some pretty amazing stories. Their two best-known games (and most recent) are the Sony-exclusive (and originally PS3-only) Heavy Rain and Beyond: Two Souls, which they have helpfully packaged into one collection for the PS4.

The Origami Killer and the Infraworld

I’d played Heavy Rain in its original PS3 incarnation, but this was my first time playing Beyond. Both games have great stories that kept me invested and engrossed until the very end (so much so, in fact, that I burned a whole day just so I could finish Beyond). A lot of why the stories work so well is thanks to the greatly-realized characters.

In Heavy Rain, you control four characters as they all try to discover the identity of the Origami Killer: Ethan Mars, a father who was broken by the death of his first child, and whose other child has just been abducted by the killer; Scott Shelby, a private investigator working with a mother of a murdered child to find and unmask the killer; Norman Jayden, an FBI profiler addicted to drugs and investigating the murders; and Madison Paige, a photojournalist suffering from insomnia who helps Ethan in his search for his son. The four characters are wonderfully complex and keep the player engrossed in their individual stories and the overarching plot. The characters weave in and out of each other’s lives, until the final, climactic scene that all four characters are in (depending on your choices). 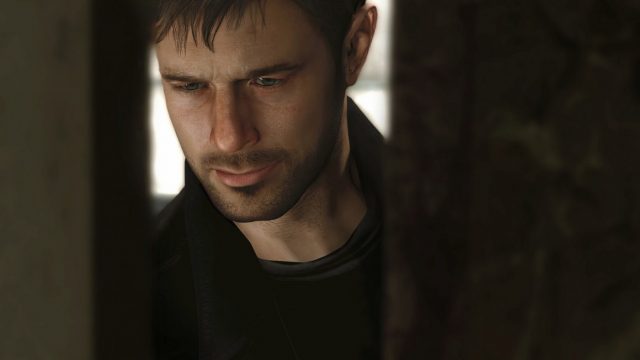 You only play as one character in Beyond, and that’s Jodie Holmes, the little girl/teenager/woman you play as for about 30 years of her life. Well, technically, there’s also Aiden, the entity connected to Jodie that can perform many supernatural actions, like healing, possessions, memory transfers, and channeling the dead, as well more mundane activities like moving drum cans, throwing tables, and smashing windows. The non-playable characters in Beyond, however, are equally as absorbing, including Nathan Dawkins and Cole Freeman, the two doctors who raise Jodie and help her master her connection to Aiden, and the CIA operative Ryan Clayton, who forcibly recruits Jodie into the CIA before softening towards her.

The greatness of all these characters helps to cover up some not-so-small plot holes in both games (which I won’t talk about in detail as they may give away major plot points), the existence of which mar an otherwise great storytelling experience. While Heavy Rain is told in a mostly linear fashion (with a few flashbacks here and there), Beyond jumps back and forth in Jodie’s life, as an adult, a child, and a teenager, and back again. This updated version includes remixed version in which you can play the game in chronological order, but I don’t recommend it for your first playthrough. While not a mystery in the way Heavy Rain is, Beyond nevertheless loses a lot of its surprises if played in chronological order. 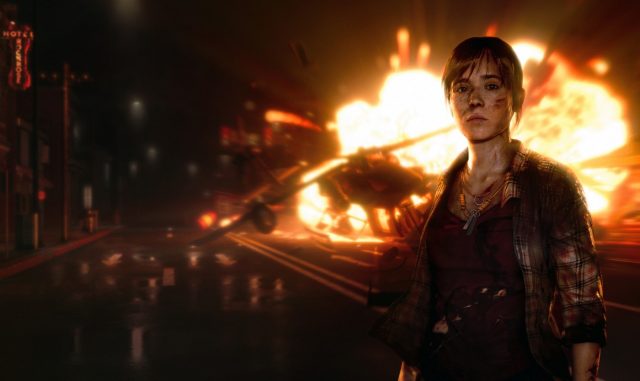 Choose Your Own Adventure

The stories in both these games are pretty great, but what about actual gameplay? Well, that’s not so great. In both games, instructions on screen prompt certain button pushes or joystick movements, sometimes timed, sometimes not. For example, you may need to hold down the X button to see something slightly off-screen, or tap the shoulder buttons in order to make your character climb up a wall. Missing one of the button pushes will make your character fall down. From what I’ve read in interviews, these controls are supposed to more intuitive, but I’m sorry, there’s nothing intuitive about pulling your joystick in certain directions to punch or kick; it’s way more intuitive to push a button. This is especially obvious in timed events, like the aforementioned fight scenes, when you can’t think too much and you just have to remember to do the correct actions on the controller, and I have to constantly fight my gut instinct to mash the face or shoulder buttons. It’s possible that a more casual gamer might find these kinds of controls easier than those found in more traditional games. I will say that the controls in Beyond are muuuuuuuch better than in Heavy Rain, especially for Aiden’s various powers, making me want to play as Aiden as much as possible. Though making you “play” through what really should be a cut-scene, can get pretty annoying after awhile. 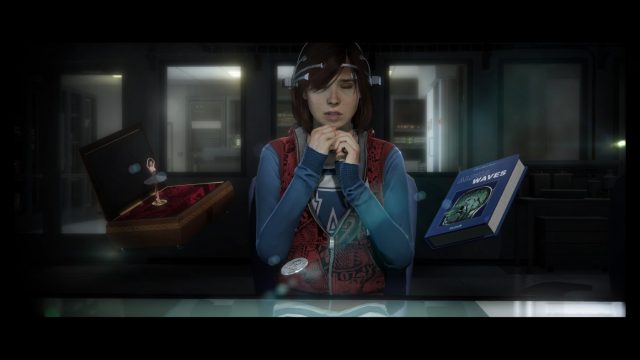 Another criticism often lobbed at Quantic Dream is that their games aren’t actually video games, but I’m not sure this is actually true, or if it is, that it should be considered a criticism. If I’m being completely honest, both Heavy Rain and Beyond are more interactive movies, or high tech Choose-Your-Own-Adventure books than video games as we’ve come to expect them. But I’m totally okay with that. Not every game needs to be the same, and I’m very happy “interactive dramas” like these two games exist, wonky controls and all. Sometimes, you just need a really good story that’s not on rails, and that can’t be “won” by shooting the most people in the face (though, let’s be fair, Bioware seems to be doing quite a good job of marrying the two concepts).

The PS4 remasters have some nice bonuses that you can unlock as you play through the game, including concept art, character models, and behind-the-scenes videos. It of course also comes with a graphical upgrade, which makes everything look even better than it did on the PS3. Well, almost everything.

The uncanny valley is an even bigger problem with the graphical update, especially where the characters of Beyond are concerned, as the main characters are motion-captured and voiced by well-known Hollywood stars Ellen Page and Willem Dafoe. The characters in Heavy Rain aren’t based on anyone too recognizable, so they can somewhat get away with the not-quite-human aspect all the Quantic Dream games have, but we all know what Page and Dafoe are supposed to look like, and it ain’t that. The Beyond menu screen is especially horrifying as it has a giant motion-captured Ellen Page face.

The Quantic Dream Collection is an excellent way to get two really fantastic interactive dramas for the price of one. But be warned: you’re getting this for the great plot and memorable characters, not for any amazing gaming experience, especially if you’re an experienced gamer. You’ll get frustrated by the odd controls more often than not, but the amazing stories should keep you plugging away anyway.