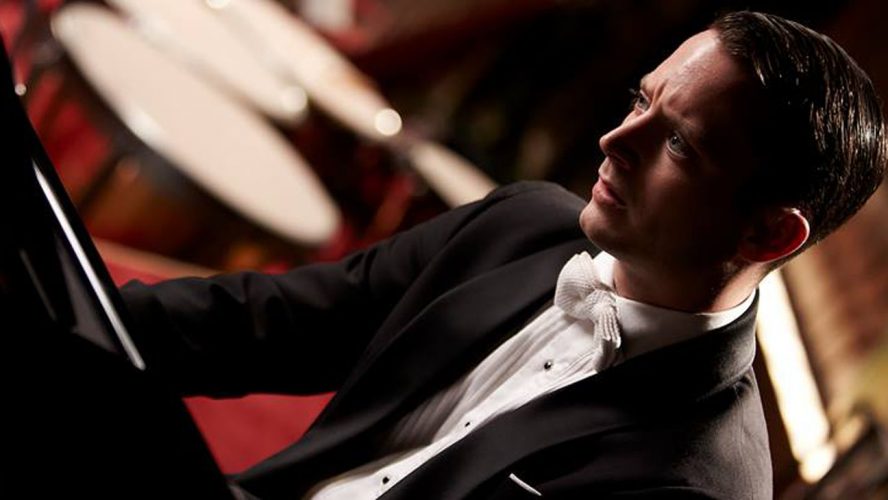 The plot of Grand Piano is quite a stretch – Tom Selznick (Elijah Wood) returns to the stage after a bout of stage fright that sent him into early retirement only to find himself in the sights of a seemingly crazed fan who wants Tom to play the most perfect concert in his life. Before I continue, I would think that the trailer does a just better job at providing the synopsis.

While the trailer might show some restraint in illustrating how serious Grand Piano sets out to be. The actual movie itself is way over the top. The entire situation in which Tom finds himself in is pretty unbelievable. Being able to disappear from stage during a live performance to carry out his antagonist’s instructions only adds to the incredulity of the movie. Grand Piano has all the essential elements needed for a slapstick comedy or 90s action movie but it seems as though the screenplay was altered at a whim.

As a thriller, and barring the plot, Grand Piano was does rather well in raising the tension. It would not be the most seat gripping movie that you’ve ever watched but it is refreshing to see a thriller executed well as many have tried and failed. Elijah Wood was convincing in his performance in channeling his fear to the audience (but the ones on screen are oblivious), and I guess being an eccentric musician also helps to gloss over all the holes that the plot presented.

The score in Grand Piano blends well with the action that is happening on screen. If this was an advertisement for classical music and to illustrate how much emotions a seemingly ‘boring’ concert can be, Grand Piano can be a poster boy in inspiring the common man to pick up a musical instrument.

Packing into a very short screen time of about 90 minutes, Grand Piano tries to cram in too many elements and it becomes a piecemeal affair. Surprisingly, the movie does bring it all together towards the middle and the end. We could do away totally with the introduction entirely and the movie would be able to stand on itself.

Grand Piano could have been a good movie but it came dressed in a clown suit to a formal dinner. Thankfully with the performances of Elijah Wood carrying the movie on his back, the movie does have its redeeming qualities but just not enough to save the entire show.