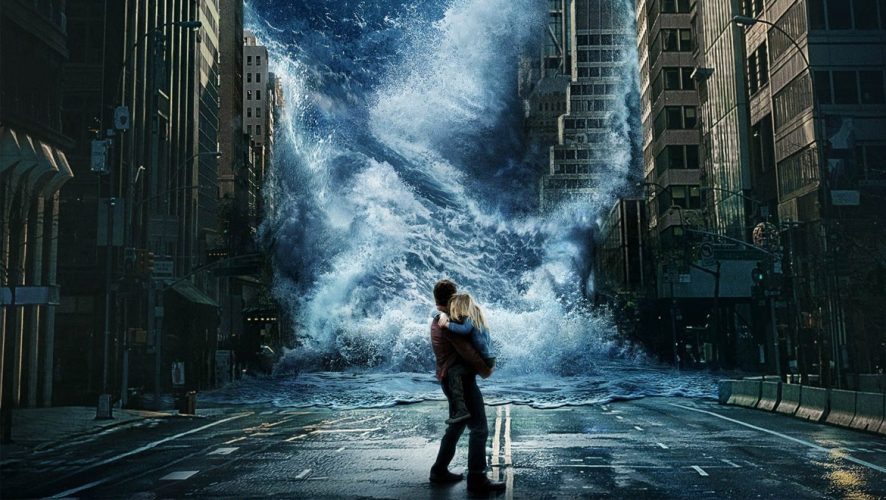 What happens when the Earth’s climate decides to go bonkers? Trust a Spartan to save the world when all hell breaks loose.

Gerard Butler, who shot to international fame for his portrayal of King Leonidas in Zack Snyder’s 300 (2006), and most recently, of Olympus Has Fallen (2013) and London Has Fallen (2016) fame, plays an architect/scientist of a global satellite system that stabilises the Earth’s weather conditions. Due to insubordination, he is fired and replaced by his younger brother (the ever-earnest Jim Sturgess).

Fast forward three years later when a severe snowstorm in an Afghanistan desert freezes people to death, and Butler gets recalled to check for malfunctions. Because of all the scientists up there in the International Space Station, only a Scottish American hero can save the day, after he uncovers a government conspiracy. 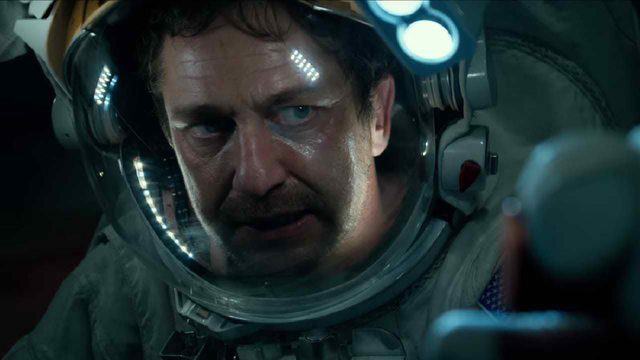 If you enjoyed the wrath of God styled science fiction disaster movies like The Day After Tomorrow (2004) and 2012 (2009), you might be able to sit through this flick without sniggering at its absurdity. This 109-minute production is the directorial debut of Dean Devlin, who might seem very familiar to genre fans because he is a frequent collaborator of the cinematic master of disaster, Roland Emmerich, the German filmmaker who helmed “smash ‘em all” blockbusters like Independence Day (1996) and its sequel Independence Day: Resurgence (2016).

And like those flicks, don’t expect to read raving reviews. But be prepared to be satisfied. Given Butler’s arrogant and pompous but rather charming demeanor, this film can be easily called Earth Has Fallen.

The story written by Devlin and Paul Guyot contains many contrived and convenient plot developments. When Butler goes to space, he meets an international crew who each has their role to play in the big reveal. Sturgess is a White House official who happens to be dating a Secret Service agent (Abbie Cornish, who seems to be trying her best to look serious), and hence can easily lay hands on secret files. Hong Kong’s Daniel Wu is a satellite expert based in Hong Kong who manages to reveal an important clue before, before conveniently disappearing.

That said, the scripting here is way better than White House Down and the more recent Independence Day: Resurgence, so there is some silver lining. 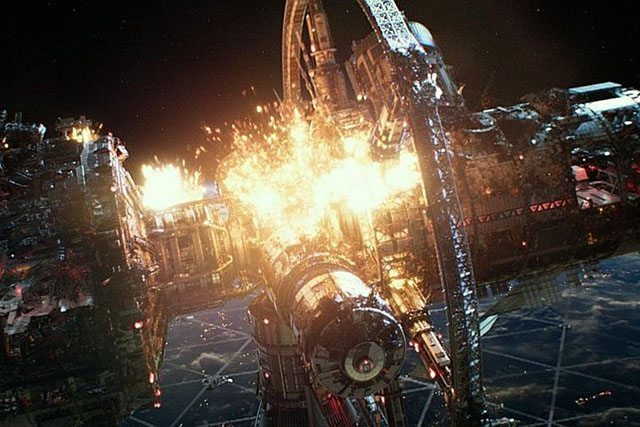 But hey, people who pay good money to watch this movie aren’t looking out for an Oscar-winning screenplay, right? There are plenty of decent CGI sequences here, where you will gleefully experience major cities being destroyed. Watch as heatwaves and thunderstorms tear through Japan, India and Russia, while terrified extras stop in their tracks to witness the terror falling from the skies. We also love the inclusion of veteran actors Ed Harris and Andy Garcia, who take on the roles of a politician and the US president respectively. These two men effortlessly play their characters with gravitas.

How does our gruff leading man fare then? Butler, who has saved the world before in other action flicks, does his job well by looking angry with ridiculous government officials, and looking distressed with the malfunctioning satellite system. When the Scottish actor tries to emote (the two brothers are supposed to have some tension between them), it is clear that he should focus on being an action star.

The movie may have wanted its viewers to leave the theatre thinking about climate issues (it is actually quite timely, considering the recent real life events of destructive storms and earthquakes), but there is just a tad too many clichés for us in the action flick to seriously ponder about how we can better protect Mother Earth.

One thing is for sure – it is not via some miracle up in the sky.

Would this disaster flick be the best Gerard Butler movie you’ll ever see? Actually, it could jolly well be.