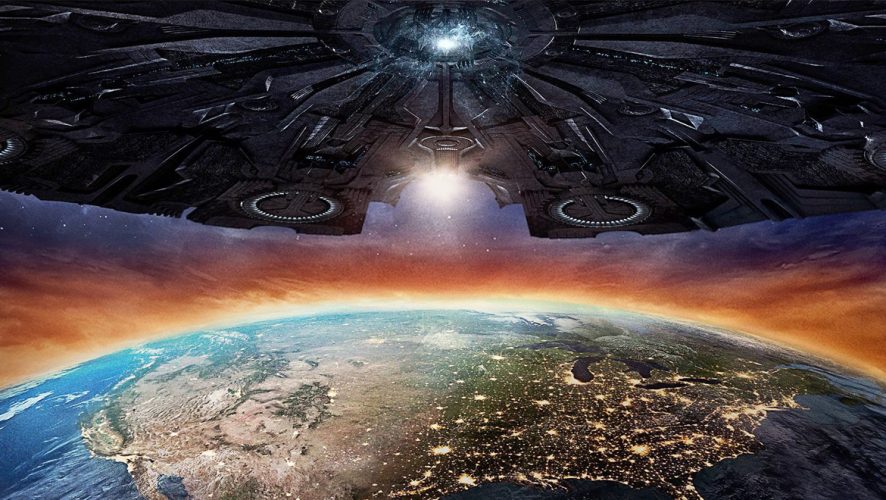 (There are minor spoilers in this review)

Star Wars did it. So did Jurassic Park. Independence Day follows the same playbook by reusing the same premise of the original movie, putting a spin on it, and then selling it as a sequel. However, it might not emerge to be as successful as its other cinematic brethren.

Independence Day: Resurgence continues 20 after years the original disaster epic, where the nations of Earth have come together, to repel an alien invasion. In the last two decades, mankind has continued to work together, to salvage, develop and harvest leftover alien technology, to augment Earth’s defenses, in case they ever reappear.

Which they do, and the combined might of Earth’s defenses uses a new laser cannon in space, to take down a giant sphere that appears out of nowhere above the moon. 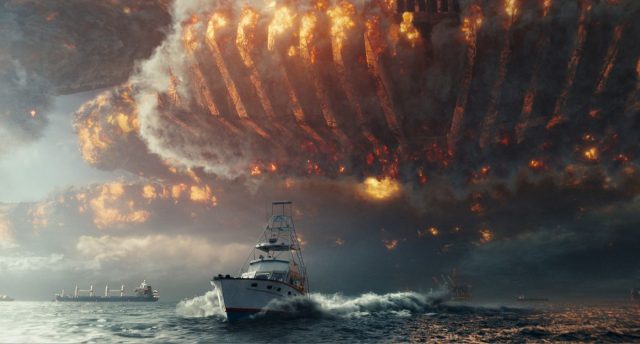 And mankind celebrates, because the new attack coincides with the 20th anniversary of the original, and everyone is back to mark the occasion, including David Levinson (Jeff Goldblum), Thomas Whitmore (Bill Pullman), Julius Levinson (Judd Hirsh), Brackish Okun (Brent Spiner) and Jasmine Hiller (Vivica A. Fox), with the stars reprising their original roles.

New faces take on the other roles from the first movie, including Patricia Whitmore (Maika Munroe) and Dylan Hiller (Jesse Usher), the two kids from the original who have now grown up to be capable pilots.

Rounding up the cast are Liam Hemsworth as hotshot pilot Jake Morrison, Angelababy as Chinese pilot Rain, Charlotte Gainsbourg as scientist Catherine Marceaux, William Fichtner as General Joshua Adams, and Sela Ward as President Elizabeth Lanford. Fichtner is the only one that deserves special mention, because he makes a believable character out of what little he has.

Will Smith, who played Steven Hiller in the original, opted not to return but his absence is felt.

As it turns out, the newly destroyed ship was not the return of the invaders, who turn up 10 minutes later in a much bigger ship. Their intention is to mine Earth’s core as fuel, before moving onwards. 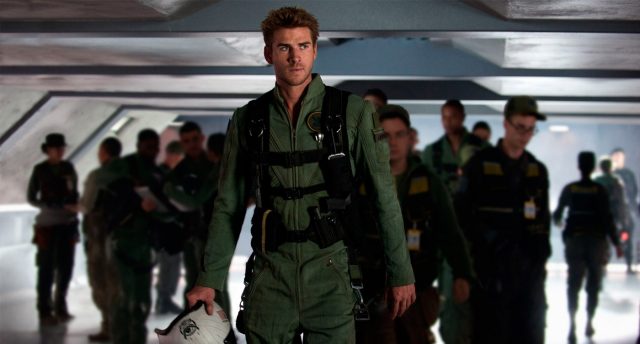 Earth’s defenses are crap compared to this new, massive single ship but the set-up is familiar. It arrives, people are scared and it starts tearing the planet apart

But also returning are some moments from the first movie that get rehashed here. Someone punches an alien in the face? Check. A roadtrip with kids in the vehicle seeking safe haven? Check. Vehicle tearing across the desert? Yep. And a reprise of Thomas Whitmore jingoistic, flag waving speech? It’s all there.

There is no doubt that Roland Emmerich is a master of disaster, and the new scenes involving the alien ship are astounding. London get destroyed and if you’ve seen the trailer, you know that Singapore bites the dust as well.

But do not expect more of Singapore’s extraterrestrial demise because what you saw in the trailer in what appears in the movie. There is a sequence before that which could take place in Singapore, but the vehicles, especially the taxi, looks nothing like what is found here. Much like the destruction of Marina Bay Sands, the Singapore sequence is a weird amalgamation of buildings and roads that bear no resemblance to the country’s actual topography, so any satisfaction in seeing Hollywood’s annihilation of the Republic is muted. 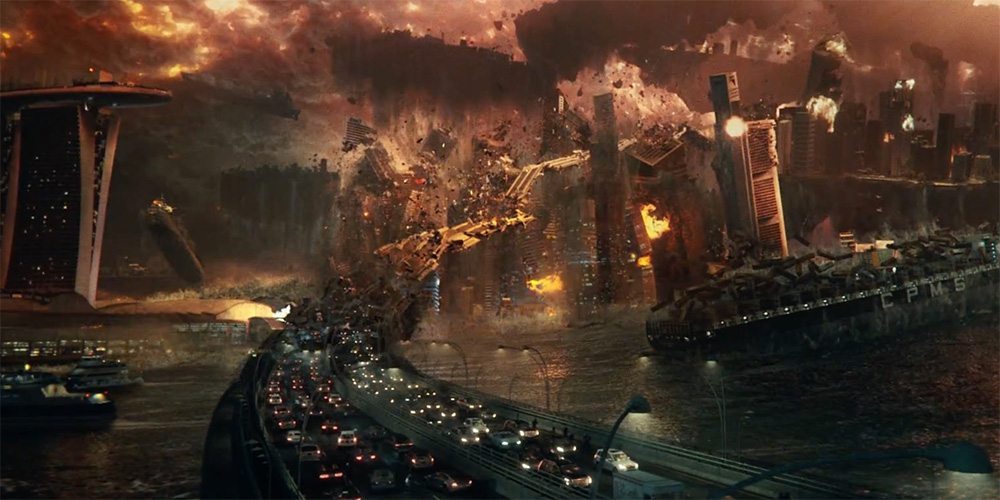 But while the scale of the threat has increased, the by-the-book depiction of destruction is rather underwhelming. And so are the ways in which the new threat is neutralised. While mankind as 20 years to study the threat, only Levinson has the smarts to devise new methods in fending off global extinction. Hiller, Morrison and Whitmore also happen to be pretty damn good pilots.

And Okun, who has been in a 20 year coma, just happens to wake up as if he simply took a nap, to start coming up with ways to defeat the aliens.

Characters die without much impact, and the passing of the torch from one Whitmore to another does not have any lasting significance. Hemsworth does his best in portraying a hot shot Top Gun pilot but the cocky routine gets old, fast. Usher does the best of his abilities, but he’s no Will Smith and the step-son of the man who saved the planet 20 years ago comes across as a skilful but unworthy successor. 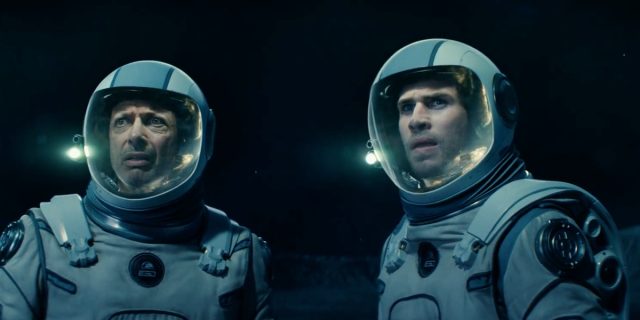 There’s also the matter of the deus ex machina, which comes in the form of the first sphere ship that gets taken down. It provides the movie with plenty of exposition and comes off as being too convenient. Then again, the first movie also introduced a working alien ship in Area 51 that manages to save the planet in the end, so as parallels go, this is no better or worse.

The sphere also sets up the possibility of multiple sequels, if this movie makes money. Just do not ask me how to explain the ending of the movie, where the aliens are 60 seconds away from boring through the sea and ground, to get to Earth’s core. Sure, we stopped them, but wouldn’t the water from the oceans spill into the half-mile wide hole, and destroy our ecosystem anyway?

Jeff Goldblum presumably picked Independence Day over Jurassic Park when it came to returning for a sequel. One wonders if the return of Will Smith might have been the better saviour to make a comeback. Resurgence is a serviceable sequel that won’t reach the heights of pop culture consciousness that its predecessor did.