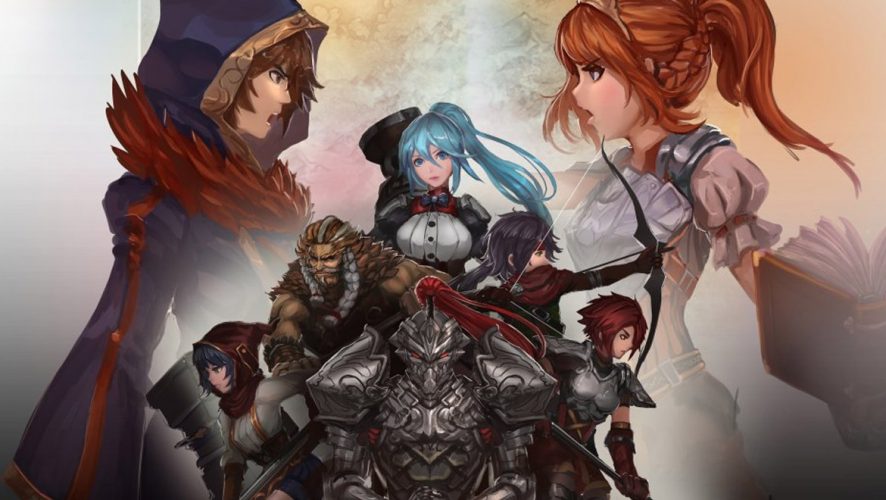 A noble princess and magic grimoires… if you’re a Japanese RPG fan, Fallen Legion: Sins of an Empire (FL) ticks some great buttons in scratching the itch for more of these. Long-time fans of JRPGs might find much of FL similar in spirit. From the almost Odin Sphere-style art to the Valkyrie Chronicle-style combat, indie devs Yummy Yummy Tummy have come out swinging with a rock-solid title for gamers.

Every story has another perspective

For starters, the plot for FL is played out on parallel tracks. The PS4 version we review here follows Princess Cecille, from the Fenumian Empire. With her father’s death, she has inherited the kingdom while on the frontlines of combat. Making her way back, she discovers that the traitorous General Legatus Laendur has claimed the crown for his own and is now out to tie up loose ends. The Vita version, Fallen Empire: Flames of Rebellion, comes from the perspective of the General instead. 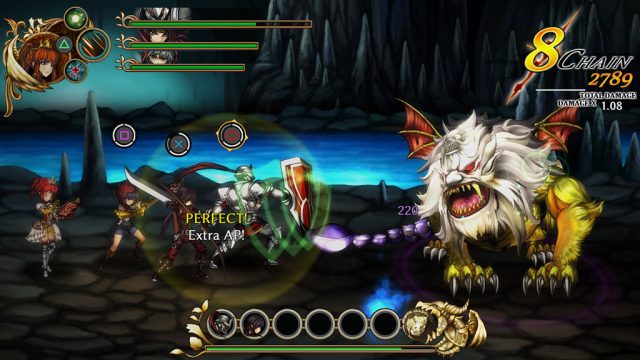 The top-notch story is well-written, with the devs having signed on Brian Batemen, who worked on localization and editing for games such as Zero Escape and Atelier Shallie. This is one of those games where diving into the glossary and lore is worth it. While the general gist of things can be gained just from cutscenes, it is clear time was spent trying to spell out how everything and everyone is linked together. But players can still use the glossary as a supporting document rather than having to read through pages of text to comprehend what’s going on. This all fits in with the soundtrack, which, while somewhat repetitive, never gets old.

The voice acting is also pretty solid, with VAs such as Xanthe Huynh (Persona 5) voicing Cecille, and other notable names such as Kira Buckland (Tales of Zestiria, Nier: Automata) lending their voices as well. But it’s odd that the game only seems to use voices in certain parts of the game, and sometimes not when critical stuff is going on. Where there are voices, it adds nuance and style, which makes it all the odder when you expect scenes to be voiced and they’re… not.

Combat is reminiscent of other JRPG’s such as Valkyrie Profile. Cecille and up to three other heroes – Exemplars – are on one side of the screen and a host of enemies on the other. Fights play out in real time, with your Exemplars using action points to “spend” on their moves. Hitting a button face spends a point, and points are slowly regained as time progresses.

This is easy on the surface, but what throws in great wrinkles is the action bar at the bottom of the screen. This is made up of several circles in a row, with some of the circles highlighted. Landing a character action on one of these produces an effect – whether a “deathblow” special attack, hit point recovery, or other consequences such as helping to knock an enemy down and leaving them defenceless. This means that fights aren’t purely a button-mashing scenario, as you’ll want to figure out which special attack you want to have land in order to press advantages. Get hit while building the chain, and you start from the beginning of the row again. 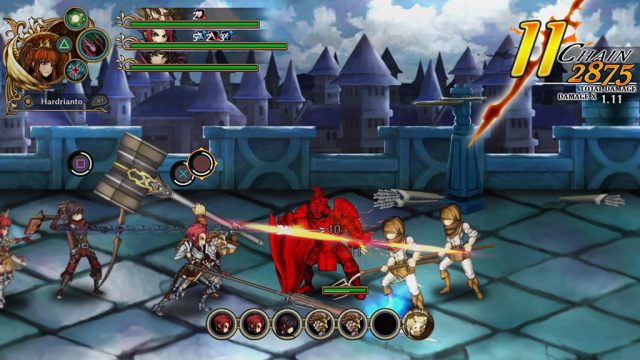 Further complicating combat is the block mechanism. Players can block at any time with the L1 button, but a perfectly-timed block nullifies damage, reflects enemy projectiles and restores action points.

On top of your Exemplars, Cecille slowly charges magic spells as your team does damage. These revive dead allies, heal them, or throw a powerful spell at the enemy, depending on which one you choose with the triangle button. You can find new spells through gems dropped by foes, which also add other effects such as new effects in the combat row or buffs to specific Exemplars.

This makes for punchy, fast, hectic – yet measured – fights where you’re trying to weave long chains together to keep the damage flowing and combo damage multiplier working, with stopping to block counterattack. Unfortunately, that last bit is where things get a bit rough. There can be several enemies on-screen at once, and blocking has to be nearly pixel-perfect it seems to get things right. Double this with how it doesn’t seem you can block mid-animation and the game sometimes feels like it’s forcing a measured pace too much. At the start of the game, with few enemies and easily-telegraphed moves, this is somewhat fine. I get that the point is not to rush combat, but once more foes fill the screen or when they cast fast-moving attacks it becomes difficult not to succumb to button-mashing or annoyance when you decide to go all-in on the attack only for the enemy to decide now is the time to launch theirs as well. 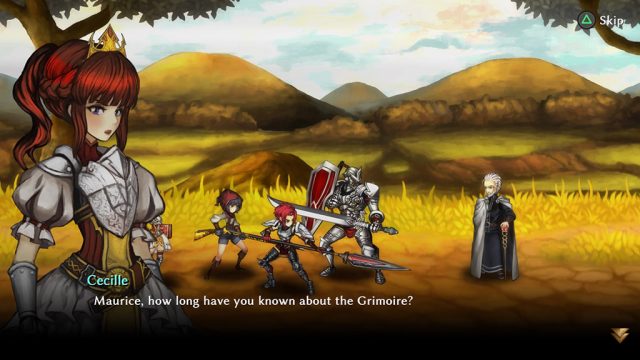 Every choice a consequence

Combat plays out across a stage, with multiple fights. In between is the next gimmick for FL, little quick-time events… whoa! Wait! Come back! Yes, there are quick-time events, but not quite what you’re thinking. A mini-scenario quickly plays across the screen and you’re asked to pick one of three choices.

For example, one early choice says an old ally of your dad is offering to help you for a price. You can choose to accept it, reject it, or pay your way through anyway. Each choice rewards you with something – a buff such as enhanced magic, Exemplars being able to swap and learn new stances, or a one-time-use relic for the remainder of the stage.

But each choice you make is also tied to a consequence that reflects on the overall background meta of how the people, the council of Princes, and others view Cecille. You often won’t see the results of this till later, but they can affect your overall army’s morale, special relics, and minor side-stories dependent on your choices. 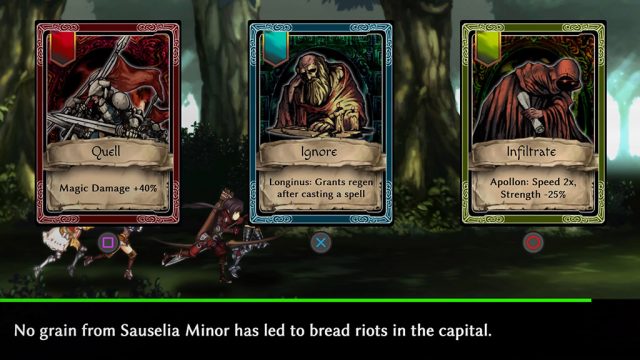 This is great in theory, and tries to draw you into the greyer moralities of Fallen Legion as a whole, but the further I played, the less consequential it felt. Yes, maybe my army’s morale takes a hit, but so what? What’s really the point of choosing to patrol a new building (doubly so if it isn’t even mine!) and why is it color coded to “red”, or a negative-seeming choice?

It’s also hard, in the heat of the moment, to tell which decision is the “best” one – take the obviously morally wrong choice, with a (often) much better boon? Is the tradeoff worth it? You’re never quite sure as these consequences don’t play out and don’t give you much understanding even once the stage is over. It also doesn’t help that relics are left as just names during these choices. You don’t know what it does right now, and players need to dig into the glossary to find out what, exactly, said relic does. Who’s going to remember all that?

Overall, Fallen Legion: Sins of an Empire isn’t too long but is certainly worth the price. Fans of JRPGs who aren’t in the market for another sweeping opera have something to chew on, with a great story and a solid combat system. While there are some let-downs, there’s enough meat that it’s easy to overlook the problems.

Deceptively simple combat that keeps us coming back for more.