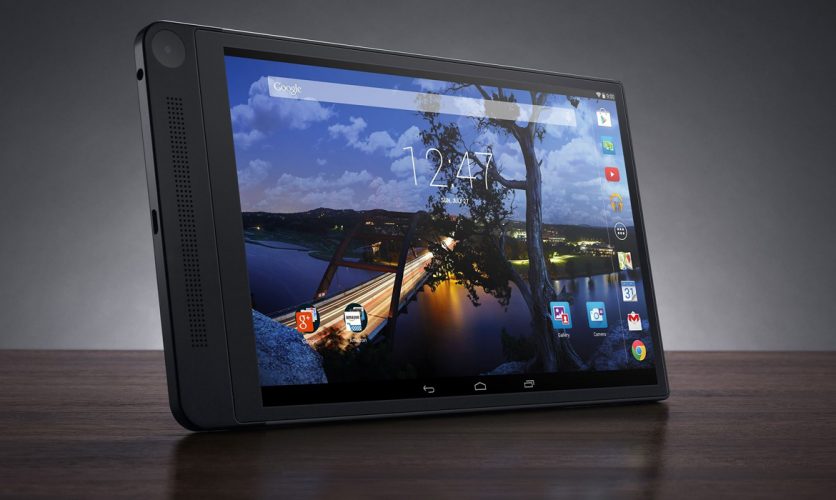 Today we look at the world’s thinnest tablet made by, surprise surprise, Dell. Does it shine among the others in a highly competitive tablet market? Read on for more! 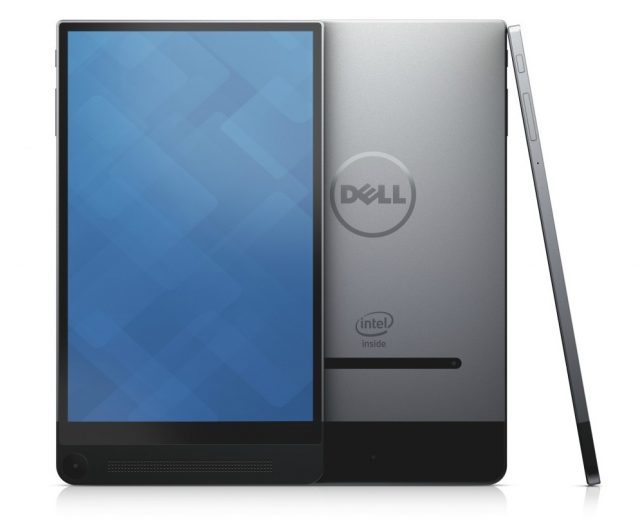 The Dell Venue 8 7000 is an 8.4-inch Android tablet, with front facing stereo speakers and a front camera. The left side is where the tablet’s Power and Volume button are located, while the right side houses the microSD card slot, for expandability. The micro USB charging port and the 3.5 mm audio jack are located at the bottom edge of the unit. And on the back sits something different. Aside from the Dell logo, there are three cameras. Yes, three.

Unlike most of the Android tablets in the market, the Dell Venue 8 7000 has an aluminium shell, wrapped around an ultra thin chassis that clocks in at 6 mm thick, and weighing a mere 306g. The final result is something remarkably premium and sleek, yet sturdy to the touch.

The OLED display is at an ultra sharp 2,560 x 1,600 pixel resolution, with a 361 PPI pixel density. Translated? Everything looks awesome when viewed on the screen. From the sharpness of details, to the highly accurate colours on screen, with low level blacks and a high contrast, the Venue 8 impresses with its simplicity. 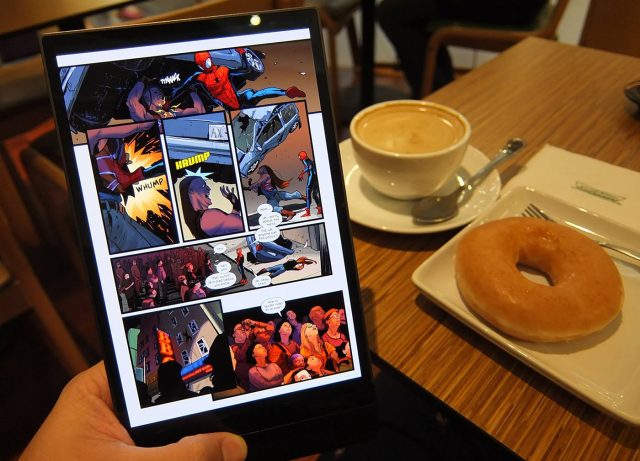 Not For Landscape Use

The Venue 8 seems to built primarily for portrait use, as landscape mode creates somewhat of an imbalance, since the extra bezel and front facing speakers on one side of the device makes it somewhat imbalance. Holding it in landscape mode feels extremely awkward, especially if you are playing games or watching video. Chances are, you will most likely hold the Venue 8 by covering the speaker’s side, resulting in a muffled array of sounds. 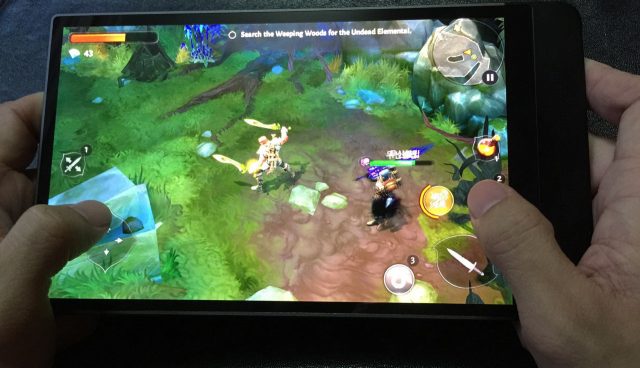 I can’t say this is a deal breaker though, as it has more to do with familiarity. I’ve managed to find the proper position to hold the tablet in landscape mode, without either blocking the front facing speakers or touching the edge of the screen, just after a few days of use.

Running on Android Lollipop 5.0.2, the Venue 8 is powered by the quad core Intel Atom Z3580 processor, clocking at 2.3GHz. It offers HD Graphics (Imagination PowerVR G6430) and 2GB of RAM. This device can run basic apps and software smoothly, and I’ve only encountered a few random lags while playing highly graphical intensive games.

Dell has also managed to pack in a 5,900 mAh battery in such a thin tablet. I’ve brought the tablet along with me in my travels, which included an eight hour coach journey towards the end of the journey, And I did so without encountering any issues, where it is playing intensive games or watching movies. On days with light use, the tablet could last me at least 10 hours.

The first thing users should note is that even though there are three rear cameras, and all are located at bottom of the device. Chances are that users pretty much hold the lower base of the device daily, so do remember to flip the device over while taking snapshots. I am somewhat confused by Dell’s design decision on this.

Intel’s RealSense Snapshot Depth Camera technology is one of the main selling points of the tablet. The additional 2 cameras in the rear are supposed to be able to capture depth information in the images. Users can then refocus on the background and foreground of the photo at a later time, to determine the best holiday shots. I feel that this is more of a gimmick though, as the test results are dependent on the photos taken, and the consensus is that the technology is still in its infant stage.

Despite its slightly awkward ergonomics, Dell’s super thin tablet is still a great alternative for those who want a balance between portability, screen size, a stunning display and front facing stereo speakers.

Jun grew up dreaming about creating his own video games. Love new gadgets, theme parks and the colour orange.