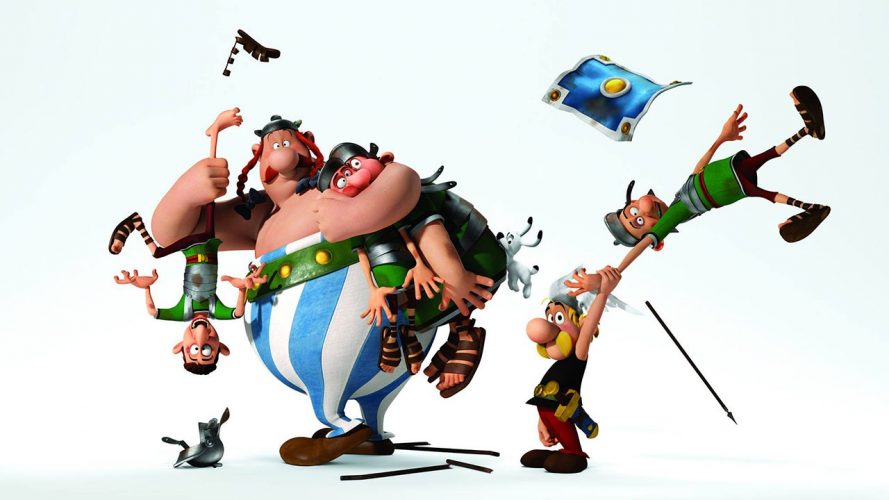 Geek Review – Asterix: The Mansion Of The Gods

Us Asians have long been accustomed to the antics of the midget & giant Gaul duo Asterix and Obelix, set in the Roman occupation period of 100BC, in libraries and bookstores. Who can blame us? These French comics had great stories and writing, poked fun at real life practices like capitalism and , and featured the best English translations from its source material.

Their theatrical adaptations, however much money they made, could fare better in the entertainment department. The recent live action titles starring Gérard Depardieu were corny misfires that could be mistaken for guilty pleasures, and the last animated film changed up its source material halfway and left the title character in the sidelines.

Naturally, expectations would be low for a 3D debut of an Asterix and Obelix film. But 85 minutes later, my viewpoint of Asterix: The Mansion Of The Gods. Rarely have I seen an animated comedy so genuine in its delivery, untainted by current pop culture nuances that is sure to be dated. Asterix: Mansion Of The Gods is a well-crafted comedic romp that adapts its source material very well onto the big screen. 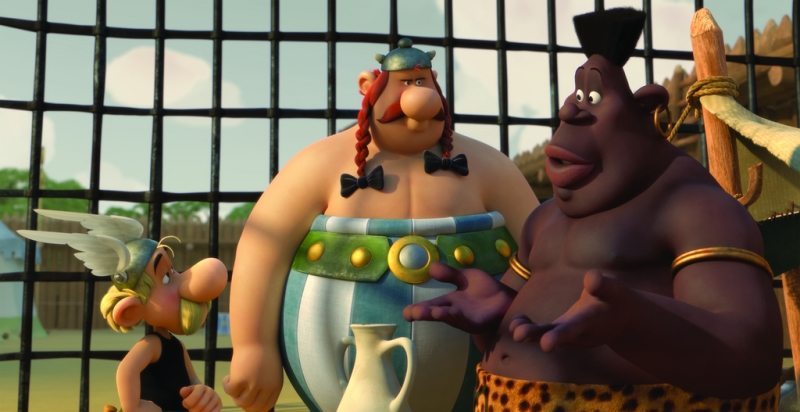 Based on the Asterix graphic novel of the same name, the story deals with main antagonist Julius Caesar’s latest plot to rid the lone Gaul village by assimilating it with Roman culture. How? By building mansions and fancy living quarters in the forest they live in with the help of neurotic architect Squareonthehypothenus, pushover Roman captain Oursenplus and his fickle garrison, and silver-tongued Senator Prospectus.

Of course, Asterix and Obelix aren’t going to make life easy for the Romans as they find ways to thwart their progress with the help of druid Getafix and the rest of the Gaulic village’s denizens. But once the mansions are built and Roman civilians are already in the place, things get complicated as the Gaulic village adapt to the new tourist economy and eventually succumb to living the high Roman life.

Things get more intriguing with subplots such as a group of slaves working for Squareonthehypothenus want to buy their way to freedom, and a Roman family led by a mosaic-perfectionist father Anonymus who befriends the Gaulic duo while doing his damndest just to stay in the mansion. For a supposed kid’s show, its satire on real estate development taking over picturesque landscapes and encroaching foreigners is done really, really well. 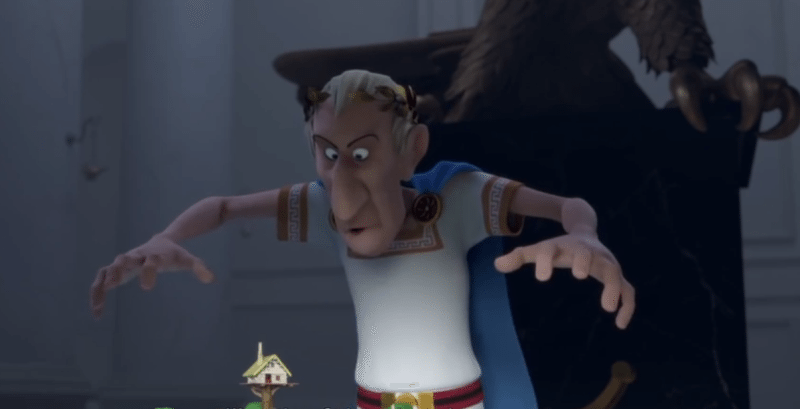 A Comedy Of Errors

Animated shows like this live and die by their flow and comedy; thankfully Asterix – MOTG passes this test with flying colors. The slapstick is well-timed, the running gags are well thought-out, the dialogue is genuinely funny without resorting to current pop culture humor, and the English VO portray each character’s personality from the books very well.

Standouts include the early montage with the Romans and slaves tearing down the trees only to have the Gauls restore it with Getafix’s help, the village turning into a tourist trap, the Gaul’s failed attempts at driving residents out of the mansion, and the last 20 minutes with a payoff involving mosaic. Clearly the director and writer Alexandre Astier, who did the French comedy drama Kaamelot, knows how to work on the source material to the fullest while also giving something new to fans of the books.

Speaking of which, if you’re familiar with the lore, more power to you. The show portrays every main character with the accuracy and screen time a good adaption can muster. From Fulliautomatix’s hot-headedness to Cacofonix’s “special talent”, Asterix aficianados will eat up the touches and nods to the comic like fat kids to red velvet cake.

The two big nitpicks here are such: source material familiarity and the missing final message from the original book. Cinemagoers new to the lore may get a few giggles from the broader jokes, but they may not get why the villagers aren’t fans of Cacofonix and what Getafix is capable of from the get-go. 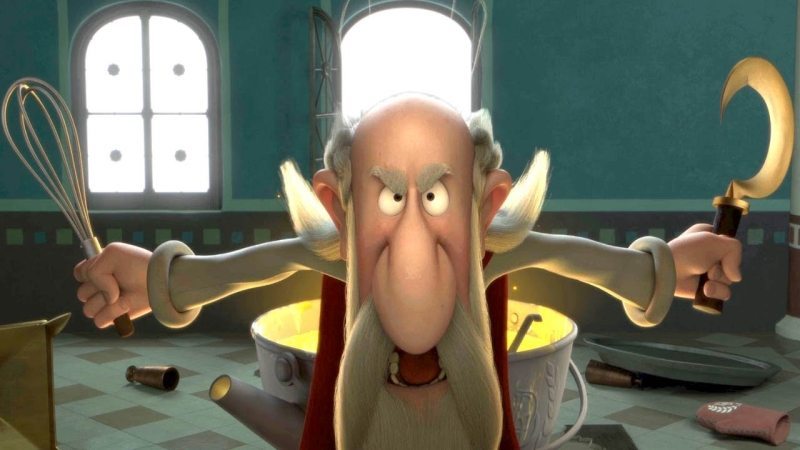 The final part of the film, while great, misses the one chance to bring up a question on whether civilization can really be halted. But nope, we get a schmaltzy scene and some comedic payoff, which isn’t terrible at the very least. It’s just a missed opportunity to add a little more depth and gravitas to a full-on rollercoaster ride.

Those two little quirks aren’t enough to sour your 3D Asterix experience of French comedy and insane wordplay. This is a theatrical wake-up call for the series’ previous misfires that would make both creators Albert Uderzo and the late René Goscinny incredibly proud. It’s got a limited run and timing slots in Singapore, but we assure you that this adaptation will leave you with a loving smirk on your face.

Newbie Asterix fans will enjoy it, but not as much as avid readers of the books. A 3D comedic romp that hit all the right notes!

asterix comedy french obelix Review the mansion of the gods