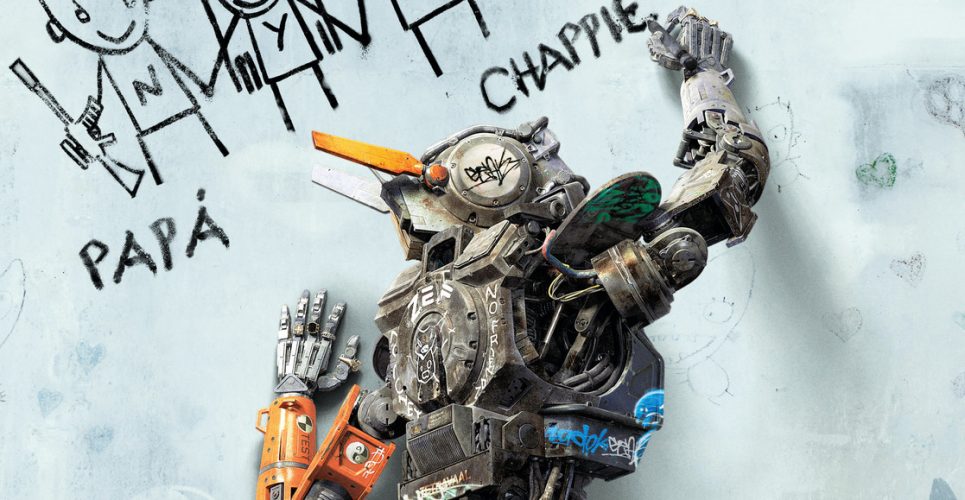 Sometimes all you need in good films is simplicity; a solid theme or narrative to follow through to the end. Other times, you think that’s not enough for an hour-and-a-half feature and proceed to cram in a bunch of well-meaning themes to go with said narrative.

With that said, Chappie is a meaningful mess of ideas featuring a robot that’s more human than human. Amidst this reinvention of Short Circuit minus Steve Guttenberg (a good thing, by the by), director Neil Blomkamp somehow gets away with almost setting his story off the rails in a film with heart and camp.

Without the discipline from producers like Peter Jackson (who helped immensely with District 9), it seems that Blomkamp has the best intention to inject his films with social commentary set in sci-fi possibilities but the propensity to “rojak” as much as possible without thinking too much of what results. 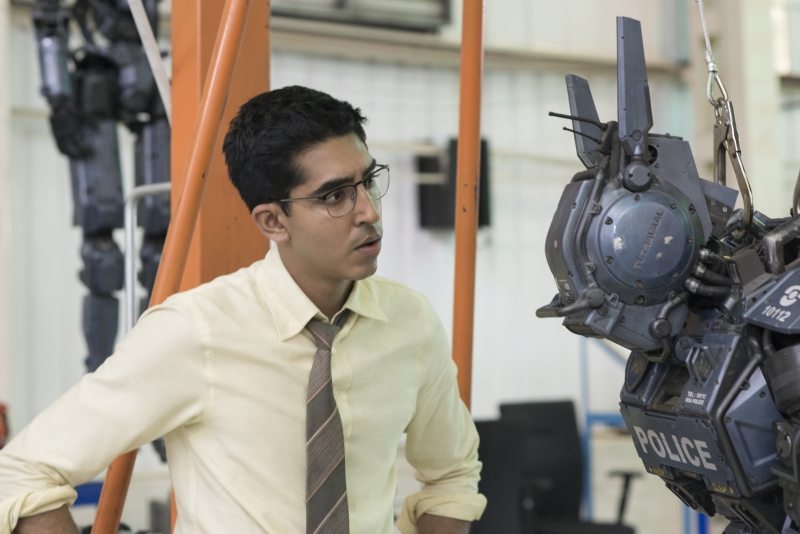 But let’s not get ahead of ourselves yet. The film’s about a tech security company Tetravaal whose latest police bots help curb the escalating crime rate of an alternate timeline Johannesburg, thanks to the programming of lead dev Deon Wilson, auto-piloted by Dev Patel.

Along the way, gangsters Ninja and Yolandi played by, well, Ninja and Yolandi from South African experiment band Die Antwoord, need to get money quick to pay a top dog crime lord who requires subtitles to be eligible. They figured that kidnapping Deon Wilson would help shut the bots down, but through unforeseen circumstances, they ended up acquiring a police bot of their own that uses Patel’s super-duper consciousness AI program he created as a lifelong goal of sorts.

Enter Chappie, a fast-learning infant made out of titanium and is combat-ready. Chappie’s existence sparks a custody battle of sorts between Patel’s “freedom of choice and don’t be a murderous dick” teachings, Yolandi’s motherly touch, and Ninja’s “be a man & gangster & stuff” ethos. This conflict is entertaining not just to see the sentient bot go from naive to rough-and-tumbling, but also how each side treats the metaphoric blank canvas that is our title character. 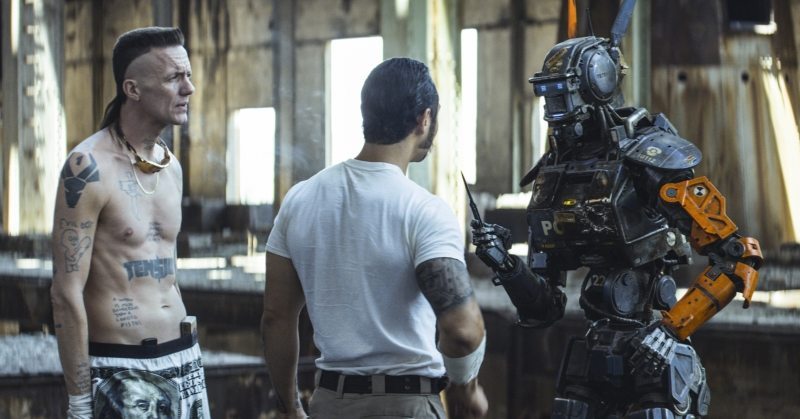 Also along the way, former military soldier-turned engineer Vincent Moore (auto-piloted by Hugh Jackman in full-blown mustache-twirling Australian) wants his Metal Gear to get up and running for fame and glory, but with the cheaper police bots in the way, he can’t. So he does whatever he can to get his project up and running, even if it means having petty jealousy over Deon’s success in the company cloud ALL of his judgment calls.

Then there’s also shades of Dev Patel’s god complex when dealing with Chappie, the social commentary on the degradation of Johannesburg’s social landscape possibly due to the police bots, corporate management under fire via CEO Michelle Bradley (played by the still smoking hot Sigourney Weaver) and a sci-fi plot revelation that opens up questions on whether something like a soul or life is quantifiable.

Unfortunately, all we get is just that: shades and half-started ideas that trail off to lead to comical car-jacking scenes, gunplay, and a climactic bot fight. If you’ve seen one Blomkamp film, the last bit is a mandatory sequence for all films related to the Johannesburg-born director.

This doesn’t make it any less fun. On the contrary, the bot-with-a-soul Chappie is endearing thanks to the mo-cap and delivery work of Sharlto “Blomkamp’s BFF” Copley. So are the surrogate parents Ninja and Yolandi, the former thuggish but redeemable and the latter motherly and empathic. Most musicians can flip the switch from performing on-stage to performing equally well on-screen, and this duo is no exception. Patel, Jackman play through their roles well, though not taking up the spotlight. Being one of the leading directors of sci-fi, Blomkamp’s action scenes do not fail to impress and the vistas during the film’s tender bits with Chappie are nothing short of stunning.

Your enjoyment of Chappie hinges upon, yes, Chappie himself. If you find him loveable, then the rest of the film is an enjoyable sci-fi breeze. If you’re not a fan, then all you’ll be paying $13 for is a half-baked sci-fi film with topical near-misses.

At least for us, we’re leaning towards the former. Blomkamp’s focus may not be as sharp, but his intention and heart is in the right place and it really shows. Feel free to dig in and relish in the antics of a metal-made toddler learning what it means to have a soul.

Like its title character in the story, this film’s got soul though it gets easily distracted in its message.