Geek Review – Assassin’s Creed Origins: The Hidden Ones & The Curse of The Pharaohs

With the long gap between 2014’s Assassin’s Creed Syndicate and the latest Assassin’s Creed Origins in 2017, the eventual acclaim that was bestowed upon Ubisoft’s exploration of the beginnings of the Brotherhood made it all worth the wait.

With a brand new setting, evolved movement and combat mechanics an awesome and educational Discovery Tour mode, and a charismatic protagonist in Bayek, Origins surpassed many expectations. The same could be said of the game’s DLC, The Hidden Ones and The Curse of The Pharaohs.

Expanding upon every facet that was great about the base game, The Hidden Ones carries on the story of the fledgling Brotherhood of Assassins, four years after the conclusion of Origins. A new mountainous region, Sinai, is your playground, as Bayek is enlisted to help with a rebellion against the oppressive Romans. 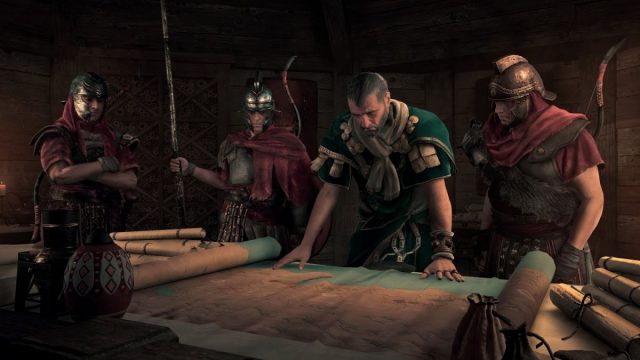 Gone is Bayek’s narrow-minded thirst for revenge, in The Hidden Ones, you truly get a taste of the Assassins working towards something bigger than themselves. Overthrowing the Romans will take some effort though, with Ubisoft’s recommending that players be at least level 40 before jumping in.

With more powerful enemies littered around the region, you must learn to effectively use everything in your arsenal to succeed. There is no greater triumph than a silent assassination of your target, or the complete obliteration of an enemy encampment when a few wrong moves bring death. 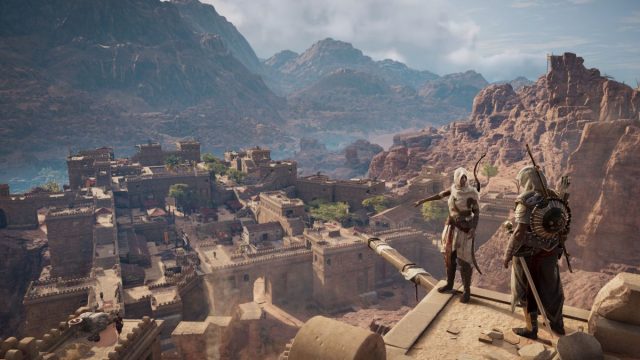 The Shadows of Scarabs take the place of the Phylakes, these elusive bounty hunters are hunting you, and can be a real challenge if you are not prepared, it is in your best interests to get rid of them as soon as possible.

Thankfully, The Hidden Ones reward your victories generously with both XP and rare loot. The drop rate of weapons, armour, and resources have been increased, and you will always be compensated accordingly when you succeed. 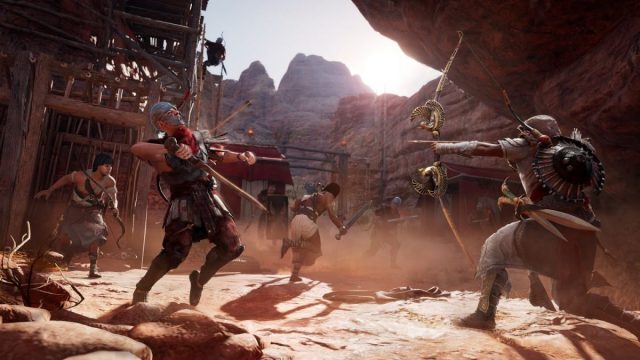 As a DLC, The Hidden Ones takes everything familiar in Origins and kicks it up a notch, expanding upon the story of Bayek and the Brotherhood, while rewarding players for coming back with great loot. It is imperative that an Assassin’s Creed fan experience such fine DLC.

Thematically, The Curse of The Pharaohs takes players onto a different path, mixing in the more supernatural element that was prevalent in Egypt during the period. Prepare to journey into desecrated tombs, face the wrath of restless spirits, and even step into the afterlife.

This DLC tasks you to learn more about Egyptian myth and legends, and it is downright enjoyable. 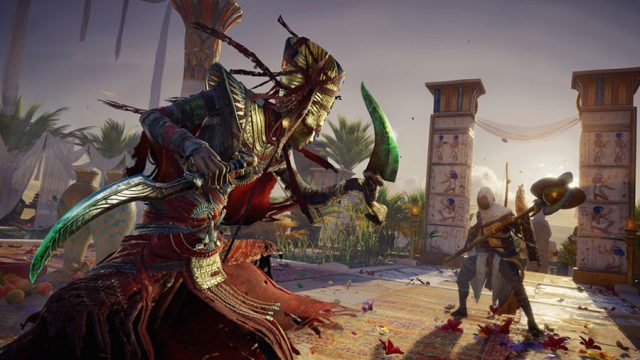 Entering the vibrant city of Thebes, Bayek becomes a central player as the spirits of past pharaohs rise and wreak havoc on the people. This is not just a convenient excuse to bring up dead mummies, the story of The Curse of The Pharaohs is part gameplay, part educational.

Players will play an integral role in easing these spirits through the afterlife, and the care and attention to detail in a story rife with symbolism is apparent, well done Ubisoft.

This mystical adventure also shows off some truly astounding environments, especially so when exploring the different underworlds. Each exudes a vastly different atmosphere, a true reflection of the royalty it represents. 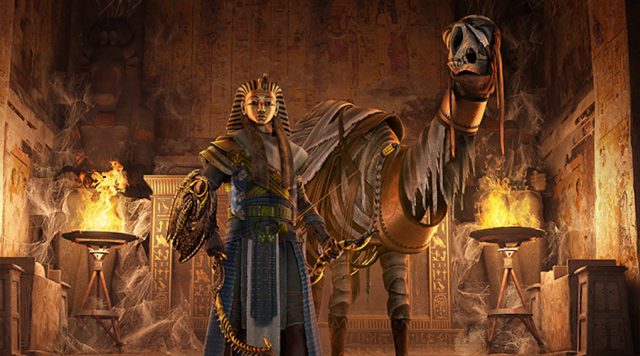 Aaru is home to Nefertiti, a gorgeous paradise filled with lush greenery and wine, whereas Tutankhamun resides in Duat, a truly dark and devious realm where spirits are judged.

The contrast and the many amazing oddities that players will face sets this DLC apart from both Origins and The Hidden Ones. As for the pharaohs, they are beasts to be reckoned with. The Pharaoh’s Shadows are the hardest foes you will face in the game, bringing their unique fighting styles and weapons to the table.

They will require far more patience than the average soldier if you want to bring them down, and such battles contributed to some of the best fun I have ever had during my experience with Origins and the DLCs. If you thought the Phylakes were tough, the Pharaoh’s Shadows are going to be more challenging. 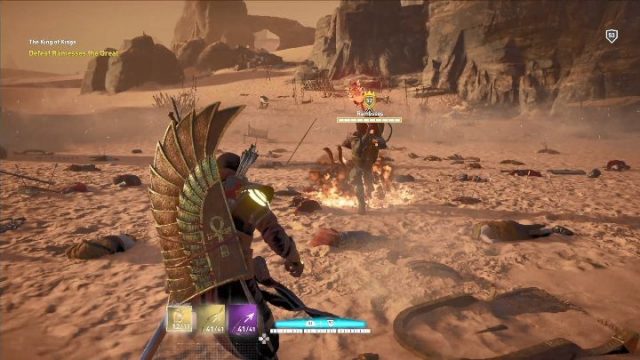 Nefertiti’s dual swords will keep you breathless with attack after attack, and Ramesses could end you in one blunt sweep. Defeat them and you will earn yourself legendary weapons, and these are mighty precious, even at higher levels.

The Curse of The Pharaohs is a markedly different experience from Origins, blending the satisfying and challenging combat with a heavy touch of mysticism. It is hard to put down when you are having fun, educated, and being challenged to improve as a player throughout the whole of the DLC.

The Hidden Ones and The Curse of The Pharaohs are available on the PlayStation Network for S$14.90 and S$26.90 respectively.

Both The Hidden Ones and The Curse of The Pharaohs are wonderfully crafted and fleshed out additions to Assassin’s Creed Origins, giving you two different tastes that builds off a great foundation.