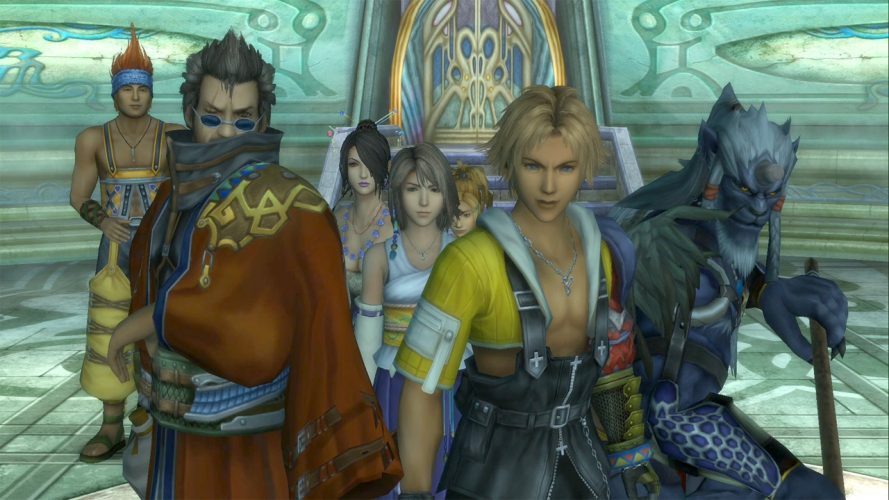 At the recent Creator’s Event for Lightning Returns: Final Fantasy XIII, playable builds of the upcoming Final Fantasy X | X-2 HD Remaster were also available. I was lucky enough to get my paws on one of the demos running on a PS Vita TV, and was able to play through the opening act of FFX which took me about half an hour. Here are my hands-on impressions.

Initially, it felt strange playing this game again. It has, after all, been about a decade since the original games were released. It is immediately apparent that the game has received a significant graphical overhaul; textures are higher in resolution, character models are a little smoother and less jagged, and the lighting has definitely been improved.

Considering that the version I played was running on a PS Vita, I believe that the graphical enhancements on the PS3 would be even more substantial, considering the difference in hardware capabilities for the 2 systems. Unfortunately, they did not have a PS3 version running alongside the PS Vita at the event, so I was not able to do a comparison between the 2.

Also, since I was playing on a PS Vita TV, the visuals were upscaled to be displayed on a 40-inch television, so tiny little details that you might not have noticed on a handheld screen are more apparent. I’m sure the game would have looked better on it’s native resolution on a PS Vita.

Interestingly, the developers have implemented the use of the PS Vita Touchpad into the game; for example, you can actually swipe a finger across the Touchpad to use healing items without having to enter the pause menu during regular gameplay. Naturally, this functionality is limited to the PS Vita version of the title. Still, it is a welcome feature that takes advantage of new hardware capabilities. Hopefully, there are additional Touchpad features to be found in the final retail release.

In addition, the HD Remaster contains a new exclusive episode penned by original FFX writer Kazushige Nojima. The game’s music has also been lovingly enhanced with the rearrangement of about 60 tracks from the OST.

Shinji Hashimoto, Brand Manager for the Final Fantasy franchise, was on hand to take questions during the event regarding the HD remake.

Q: Are there any particular scenes in the HD Remaster that you feel are much better in HD?

Hashimoto: Many scenes have been greatly improved throughout the entire game. Facial expressions are much better-looking and scenes are much more realistic in general. If I had to pick 1 scene that stood out the most, I would choose the scene where Tidus appears for the first time.

Q: Is there any cross-platform discount for fans who purchase the HD remaster on both the PS3 and PS Vita?

Hashimoto: I’m afraid there are no plans to release a PS3/PS Vita combo pack at this point in time.

Q: With the extra episode included in the HD Remaster of FFX, does this mean there is room for a continuation of the FFX series?

Hashimoto: The extra episode is really just a cool piece of additional content that we have made for the fans. It has been a decade since we released FFX and we do not intend to release a continuation of the series.

Q: If Final Fantasy X | X-2 HD Remaster does well in sales, can we expect to see a HD remaster of FF12?

Hashimoto: That might be possible depending on fan feedback and demand, but at present, we have no plans to do so.

Q: During the remastering process, did the developers feel that they wanted to redo a lot of things, or did the team prefer to keep changes to a minimum?

Hashimoto: Well, the PS2 game was initially released about 10 years ago. Many of the original game assets, such as artwork and texture files, have either been lost or are incomplete. So the team actually had to restart from scratch in many areas. In a manner of speaking, I would say that almost the entire game has been redone on a technical level. That was certainly the most challenging part!

The release details of Final Fantasy X | X-2 HD Remaster are as follows:

*Prices are in Singapore dollars. Please note that these release dates are applicable only to Asia.