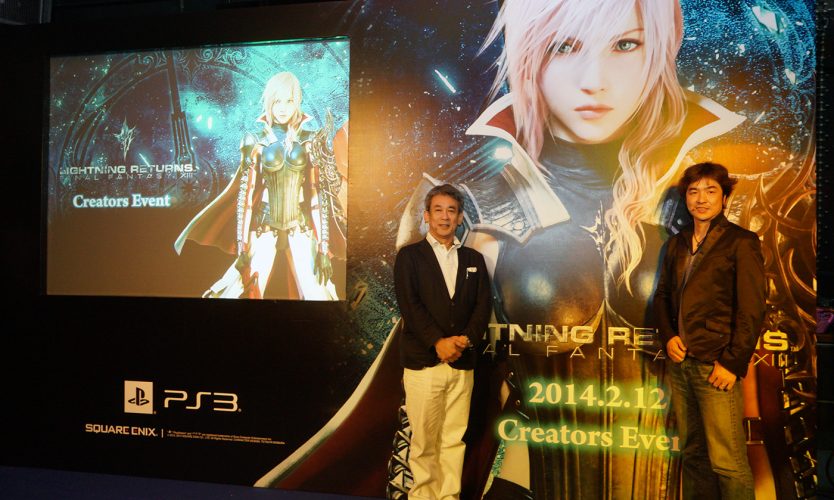 The fine folks from Sony Computer Entertainment recently invited us to a special press event to coincide with the launch of the latest title in Square Enix’s Fabula Nova Crystallis subseries – Lightning Returns: Final Fantasy XIII looks to wrap up the tale of the titular heroine and her adventures.

At the event, we caught up with a couple of key people behind one of gaming’s most beloved franchises: Motomu Toriyama (Director and Scenario Writer for Lightning Returns) and Shinji Hashimoto (Final Fantasy Brand Manager). We took the opportunity to find out more about what the future holds for the Final Fantasy franchise from these 2 gentlemen.

Before I go any further: Yes, we did ask THAT question. And NO, there is still no FFVII remake in the works at Square Enix…. for now. We heard it straight from the horse’s mouth for that one. Cue the anguished cries of a million disappointed fanboys.

For Hashimoto-san and Toriyama-san, their appearance in Singapore seems rather symbolic; it is the final leg of their media tour in Asia, and it also represents the conclusion of the FFXIII series. It is also their first time in Singapore, but that didn’t mean that the local gathered press were about to go easy on them; a few tough questions were asked, which they answered graciously. Here are some highlights from the Q&A session.

Note: As Hashimoto-san and Toriyama-san do not speak English, their responses were given through an interpreter. I have taken the liberty of making some edits for language purposes and have tried to preserve the essence of their answers as much as I can.

Q: What is the reason behind the drastic changes in battle system between each game in the FFXIII series?

Toriyama: We have been receiving and taking into account fan feedback since the first game. Most gamers seem to feel that the battles in FFXIII were too slow-paced, so we increased the speed of combat in FFXIII-2 to make it faster. As for Lightning Returns, we wanted to place greater emphasis on Lightning’s personal style, so further changes were made to the battle system to draw the player’s attention towards that.

Q: Do you feel that the Active Time Battle (ATB) system is something that will stay with the FF series, or is real-time combat a natural progression for the series?

Hashimoto: We do not feel that there is a model answer for the “best” type of battle system for Final Fantasy. Every title is helmed by a different director, and it really depends on the direction upon which he chooses to take the game towards.

Q: What are the biggest challenges you faced during the development of LR:FFXIII?

Toriyama: As you know, it has only been 2 years since the release of FFXIII-2, so this is one of the shortest development cycles I’ve ever had to work with for a FF game. During this short cycle, we had to develop and implement a new battle system. We also had to make sure that the time limit mechanic introduced in this game was working correctly and did not take away from the player’s ability to enjoy the game. That was certainly very challenging for us.

Q: What is the hardest part about developing games for an international audience?

Hashimoto: Storytelling is very important for an RPG. As FF is developed in Japanese, during localization we need to make sure that the nuances of the Japanese language are preserved as much as possible so that players all over the world can enjoy it as much as we do.

Q: Considering Lightning’s popularity, do you think we will revisit this universe in future or see her again? Could she appear in other media, such as a movie?

Toriyama: Lightning Returns is absolutely the finale for this series and the last game to feature Lightning as a protagonist. However we are aware of her popularity as a character, and we do not rule out the possibility of her appearing in future games as a supporting character. As for a movie starring Lightning, there are no plans for that at the moment, but as you said, she is popular so it could happen.

Q: Sales for the FFXIII series have been going downhill compared to previous games in the FF franchise. Do you think this is due to brand fatigue for the FFXIII universe, or could it be due to other factors?

Hashimoto: While it is true that the FFXIII games have not sold as well as some of the older games, we have surpassed a total of 10 million sales for this particular series. We are quite happy with these figures and consider the FFXIII games to be successful products.

Q: The general critical reception towards LR:FFXIII has not been very good, especially in the West. Why do you think this is so?

Toriyama: I must admit, I have been busy with the tour so I have not gotten around to reading any reviews yet. I would think the main reason could be the new time limit mechanic, which is the first for an FF game. Having that new feature may have affected the players as they probably feel pressured to advance as quickly as possible. However we believe that we have provided sufficient time for players to explore the entire game, so I think they will come to fully appreciate the game after spending more time with it.

Q: How do you feel about LR:FFXIII being the last game to feature Lightning as a protagonist?

Toriyama: I’ve had the pleasure of working with Lightning for the past 7 years. My next project will be a brand new title, which will not involve Lightning. I will definitely miss her. (chuckles)

Lightning Returns: Final Fantasy XIII has been released on 12th February 2014 and is currently available in a video game store near you. Stay tuned for our Geek Review! 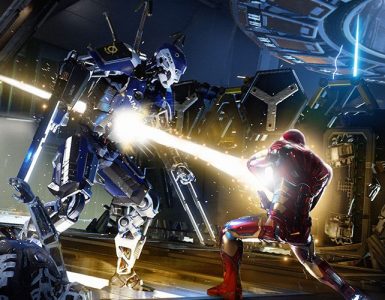 Shares     So you are itching to get your hands on Square Enix‘s and Crystal Dynamics‘ Marvel’s Avengers this Friday, 7 August, and wondering just what awaits you? Rest easy, the...