For anyone who has been into tactical roleplaying games, one of the best in the genre is Tactics Ogre: Let Us Cling Together. First released back in 1995, it marked a high point for the genre when it came to combat and storytelling, resulting in a 2010 PSP remake that further cemented its place as a legend for tactical experiences. Now, in 2022, we have welcomed the coming of Tactics Ogre: Reborn, a further improvement on the PSP remake courtesy of Square Enix.

Needless to say, it represents a great opportunity for longtime fans to jump back in, as well as newcomers to see what the fuss is all about. To learn more about what went on behind the scenes while the development of Tactics Ogre: Reborn was going on, we had the pleasure of speaking to both Producer Hiroaki Kato and Game Director Takashi Katano.

Obviously, remaking a remake is not exactly something that happens, even for the video game industry, but that is essentially what Tactics Ogre: Reborn is. For Kato, it represents a second chance, and an opportunity that only came about because of another famed series, Final Fantasy.

“I had always been looking for the opportunity to take part in the development of a new Tactics Ogre title — notably, one that responds to the opinions of users of the previous title, Tactics Ogre: Let Us Cling Together,” Kato explained.

“The catalyst to realise this particular ambition came during the development of the 2017 title, Final Fantasy XII The Zodiac Age, which I was heavily involved in. A high-definition remake of the original featured improved graphics, upgraded sound including newly recorded voice lines, refined battle design, and superior playability to the original. Realising that we could apply this same know-how to a reimagining of Tactics Ogre, we decided to begin development on this title.”

The objective was always going to be a “modern-day reimagining of Tactics Ogre, and the team feels satisfied to have “created a game that will not only allow fans of the original to enjoy the fresh, new take we have provided, but will also prove attractive to new users who have never played a title in the series before.”

Even so, needing to cater to hardcore fans means not everything new would be welcomed, and striking the right balance will be vital. Part of the process included feedback received from players of the PSP remake, the team’s own thoughts, and of course, hearing from original creator Yasumi Matsuno before deciding on the ultimate direction of Tactics Ogre: Reborn.

Once that has been set, it all boils down to just where new ideas should be implemented throughout a classic. Certain features, “including the revamp of the battle AI, the increase in gameplay tempo, and the addition of full voice, were decided on as part of the original plans for the title,” while others came later.

“The implementation of mouse compatibility was added after discussions among the dev team concerning our visions for the game. There were also other features which did not emerge from discussions per se, but came about more organically. The renewal of the game’s sound effects, for example, came about as a necessary consequence of our desire to improve the intuitiveness of the gameplay and rebalance visual and audio effects,” shared Katano.

The critical reception towards Tactics Ogre: Reborn has certainly vindicated the hard work and efforts of the Square Enix team, leading to discussions about whether the strategy roleplaying genre is once again on the rise. For Kato, he believes that “there is still strong demand among users for games in the SRPG genre, which should lead to opportunities to develop future titles.”

Depending on the response of the fanbase, this could very lead to future moves that will keep the fires of the genre alive. No better incentive than that, we presume, and judging from the performance thus far, perhaps good news is on the horizon. We can only hope. 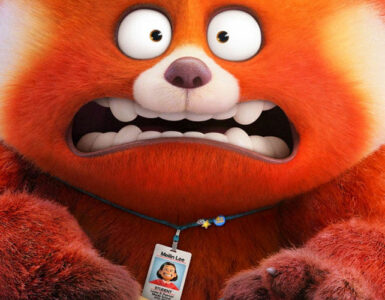 Shaping an identity in the less-explored areas of animation. 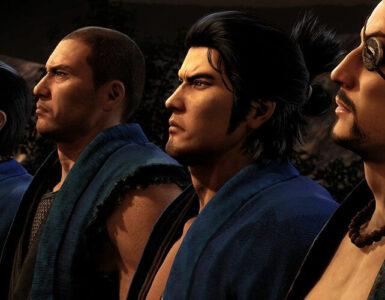