With 2021 coming to an end and plenty of high-profile AAA games and indie hits having graced consoles and PC, it would make perfect sense for you to be rewarded even more with the entertainment medium you know and love. Geek Culture has gleefully partnered up with publishers United Label and CI Games to do just that, with the following games up for grabs:

SGW Contracts 2 is a modern warfare shooter in which players take on the role of Raven, Contract Sniper Assassin, who must take out a series of targets across a dramatic single-player campaign. Set in a lawless desert region, players are tasked with toppling a brutal dictatorship by completing a series of deadly missions.

Inspired by Scandinavian folklore, Röki is a captivating narrative adventure, which follows the daring Tove as she journeys into a strange and fantastical world to save her family. Players will explore eerie forests and abandoned castles, encounter ancient monsters and uncover dark mysteries.

Eldest Souls is a brutal souls-like boss rush set in the vast, labyrinthine Citadel, teeming with vindictive deities who have unleashed a devastating Desolation upon the world. Players will customize unique skills and builds to aid in their epic battles and uncover the dark truth behind the Old Gods’ vengeance.

Narrated by Doug Cockle (voice of Geralt of Rivia from The Witcher game series), Tails of Iron is an action RPG that follows the story of Redgi, heir of the Rat Throne, who must embark on a perilous quest to fight back against the hostile invading Frog Clan. Players will explore the beautiful, hand-drawn biomes, attempt the mercilessly challenging combat and perform brutal executions.

READY FOR SOME FREEBIES FROM GEEK CULTURE?

To stand a chance of obtaining these wonderful gifts, simply tune in Tuesday, 28 December at 10 PM (GMT+8) to Geek Culture’s Twitch channel. Sit back, relax, and experience the games we are playing and nab a free key or two!

It’s that easy! We hope to see you there, and here’s wishing everyone happy holidays and more fun times in 2022 for gaming! 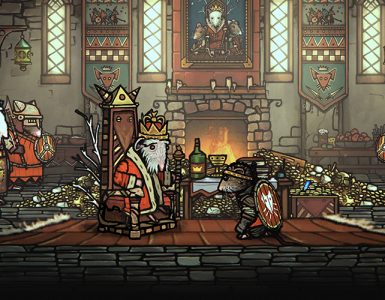 The war against the devious frogs make for a compelling RPG.