Recently, Epic Games‘ developers behind the wildly successful battle royale Fortnite have opened up about their working hours. They went on record revealing that they sometimes have had to go through 100-hour work weeks to push more content out.

I work an average 70 hours a week. There’s probably at least 50 or even 100 other people at Epic working those hours. I know people who pull 100-hour weeks. The company gives us unlimited time off, but it’s almost impossible to take the time. If I take time off, the workload falls on other people, and no one wants to be that guy.

Make no mistake: Fortnite is a great game for what it does and brings to gamers, doling out fresh new content by the week, keeping things engaging for its community.

Its success has even led it to be a significant player in the Esports scene, with its new Fortnite World Cup as a huge way to bring in new players and make big bucks at the same time.

However, it does become concerning when Epic Games’ employees barely get a wink of sleep, let alone a weekend to themselves.

“I hardly sleep. I’m grumpy at home. I have no energy to go out,” an unnamed employee told Polygon earlier this week. “Getting a weekend away from work is a major achievement. If I take a Saturday off, I feel guilty. I’m not being forced to work this way, but if I don’t, then the job won’t get done.”

READ ALSO:  Free Pair Of AirPods With Every Mac Or iPad With Apple's Education Discount

Crunch culture has been a staple of a lot of AAA developers these days, with employees from other studios such as Rockstar singing a similar song when working on the critically-acclaimed Red Dead Redemption 2. But aside from the multiplayer content on the side, “crunch” time for a largely single-player game like RDR2 will taper off eventually.

What then, if you’re working on a game as a service? The constant updates mean staff have to be glued to the screens for hours on end, promoting a culture of fear should issues be highlighted by the community, prompting instant addressing to be done.

“Everything has to be done immediately. We’re not allowed to spend time on anything. If something breaks—a weapon, say—then we can’t just turn it off and fix it with the next patch. It has to be fixed immediately, and all the while, we’re still working on next week’s patch. It’s brutal.”

While we gamers want quality games, we also understand that other human beings are also hard at work on these titles, and that they also entitled to their own breaks. However, the competitive, goal-oriented values the higher-ups at these AAA studios sometimes mean that these entitlements are for naught.

Interestingly, a spokesperson for Epic went on record to address this issue, but merely paying lip service to the endless toiling of the developers.

“People are working very hard on Fortnite and other Epic efforts,” the representative said. “Extreme situations such as 100-hour work weeks are incredibly rare, and in those instances, we seek to immediately remedy them to avoid recurrence.”

And their “remedy”? Simply lay off the disgruntled faces and hire doe-eyed, competitive individuals who have yet to experience this sort of crunch. But then the cycle or laying off and hiring new staff would continue itself.

The pursuit of global success for games is an aggressive one, and an increasingly thankless job for the ones on the ground slogging away at it. If this keeps up, then the very hands capable of making these games may not even want to do so any more, thanks for severe burnout. 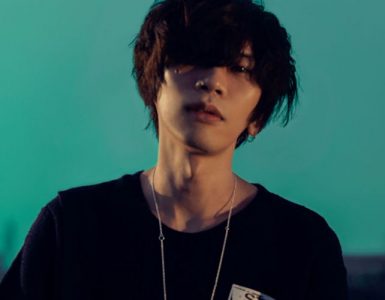 Japanese tunes on standby to bring the house down.

Claim it for keeps before its gone!