Sid Meier’s Civilization series is perhaps the most well-known title in the genre of 4X strategy games, and continues to perfect the balance between strategic depth, and welcoming newcomers to the series.

Jon Shafer’s At the Gates, developed by former lead designer of Civilization V, Jon Shafer and Conifer Games, is a beast of its own in this niche. Brutally hard and challenging, it requires significantly more investment both in time and thought, and is a double-edged sword that it lives and dies by.

As a barbarian lord, it is up to players to lead their clan to survive and prosper. Your ultimate goal is to conquer Rome, but that is easier said than done. Apart from opposing barbarians, the elements themselves are a force to be reckoned with, even your own people can be obstacles that need to be overcome.

Your band of barbarians are blessed/cursed with a bevvy of clans instead of units, each with their unique strengths and weaknesses. More importantly, they are randomised to spice things up even further. Each clan can be directed to specialise in a job, be it an explorer, food gatherer, hunter, warriors and more.

Of course, it would not be wise to put a scholarly type on the frontlines or scheming clans to take charge of security, but it is this delicate act of balancing that will challenge you as a leader.

Rather than just a bunch of numbers, Jon Shafer’s At the Gates gives you more reason to care about your clans. Their personalities, their desires, and even the simple portraits give you more cause to look out for your people.

Ensuring the overall survival of everyone means trying to satisfying demands and preparing for the harshness of the seasons. Every two turns represent a month, and you will have to train your people, build up infrastructure, and stockpile supplies as winter draws near.

For ten turns of biting cold, you will be at the mercy of the weather with no way of foraging for supplies, and clans out in the cold with no supplies will be staring at an icy death.

Thankfully, the clans are replaced automatically during a loss, but the caveat is they lose all the training and effort you have put into them. It is also this particular mechanic that can break or make the experience for most players of Jon Shafer’s At the Gates.

Every decision you make takes time, and it can be very frustrating to lose tons of progress knowing it is time you never get back. Be it training, producing tools, gathering resources and the like can take ages, and complicated production chains only prolong the wait. Add to the unpredictability of both weather and enemy factions, and you are looking at a tension-filled time.

Without a doubt, Jon Shafer’s At the Gates is a slow but enlightening game, with every single progress made by your clan a significant achievement in the grand scheme of things. It echoes the struggle of facing an unstoppable foe, and you should always feel good at surviving another year.

Sadly, while the management side of Jon Shafer’s At the Gates is applaudable, the combat leaves much to be desired. With survival being of utmost importance, warfare often takes a seat back till the endgame. Even then, it is barely more than just two units smashing into each other with simplistic animations.

Combat just does not compare to the more strategic parts of the game. At least you can circumvent that with diplomacy and even an economic victory to put Rome under your control. Losing is not without its rewards either, as every faction you ally yourself with becomes unlocked for future games, giving you more options to choose from when you start a new game.

This very nature of Jon Shafer’s At the Gates that gives the game longevity. Procedurally generated, every new game will give you different starting positions, map layout, resources, and of course, clan stats. What works the first time around will not be enough, as a resource-laden game could very well turn into barren plains that can force you to relocate while facing constant danger.

It is this aspect that will be a big draw for anyone hoping for a prolonged gaming session full of twists and turns, with no one being the same.

Jon Shafer’s At the Gates is without a doubt a hard game to get into, but get past the steep learning curve and the gruelling time-sink and you have yourself a great strategy title that will reward you for the effort put in.

Jon Shafer’s At the Gates is available on Steam for S$26.00.

Be patient and be rewarded, Jon Shafer’s At the Gates is one for the hardcore. 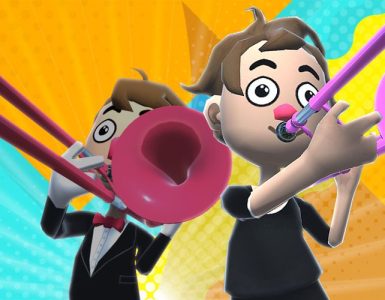