Artist Donald Glover surprised attendees at Coachella 2019 when he used iOS Airdrop to airdrop random festival-goers with photos of a shoe he created in collaboration with Adidas. Those who accepted the Airdrop got to receive a free pair of said shoes.

Now, we finally get our first official look at the sneakers Glover is releasing in collaboration with Adidas – Donald Glover Presents.

Through the collaboration, Glover takes three classic Adidas styles – the Continental 80, Lacombe, and Nizza, and uses them to highlight a series of distressed details that are typically frowned upon in a shoe. Such as uneven stitching, inside-out golden eyestays, and the edges of the canvas are also not stitched down, allowing them to fray over time.

Those who purchased the sneakers will receive them in an inside-out Adidas Original box that they will have to open using a tear strip, and each pair of sneakers comes with three sets of custom shoelaces designed to fringe with wear.

This is all to convey Glover’s personal narrative that a worn-in sneaker still can hold value.

“Rich is a concept,” Glover said in a press release from Adidas. “With this project, I wanted to encourage people to think about how their stories can be told on their feet. Value isn’t quantified by what you wear, rather the experiences from them.”

Glover then took it a step further by working together with actress-comedian Mo’Nique to produce a series of short Instagram videos, also dubbed Donald Glover Presents. 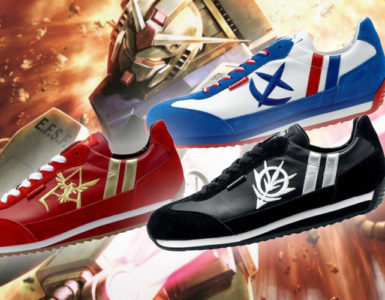