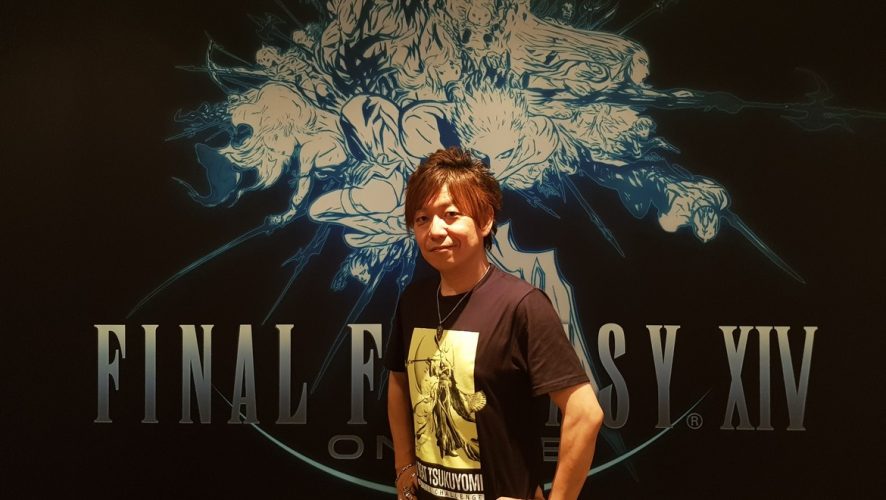 Naoki Yoshida, also known as Yoshi-P, is an individual that exudes passion and gives everything in what he does, at least, that is what came across as we sat down for a 40-minute long interview during E3 2018.

Charged as the man to revive the flagging MMORPG Final Fantasy XIV, both Yoshida and his team toiled hard and ultimately produced a product that adored by many, Final Fantasy XIV: A Realm Reborn, as well as its expansions, Heavensward (2015) and Stormblood (2017).

Whether you are a current player that loves the game or someone new that is even remotely interested in joining the popular MMORPG, there is plenty to love about Yoshida and his team. And with even more content upcoming for Final Fantasy XIV, he had plenty to share about his prized creation.

An MMORPG does not live just upon its fervent fan base, there has to be a constant stream of new players joining to keep it alive and well. Balancing the need to refine the early game content and endgame content for veteran players is no easy task and Yoshida certainly agrees.

First and foremost, if we don’t have any new players coming into an MMORPG, it will stop our growth as a game, so it is very important for us to keep bringing in new players. Game balance is definitely very important, but at the same time, for players looking to join the game, we did relaunch as A Realm Reborn in 2013, and it has been five years since that relaunch.

When players look at it, they think it’s been a whole five years and this must be an old game. We don’t want players to think that way, we want to make sure we are appealing to players and consuemrs that this is not an old game through promotions, PR, and marketing to message that this is still a fresh game and it’s not too late to join.

What’s really unique about FFXIV is that, yes we’re an MMO, but we are also very story driven. For new players to come in, all they need to do is follow the story, they don’t have to force themselves to jump in with the veteran players. As long as you are keeping track of the main story quests and following that, we have made it so that it’s smoother to level up and to quickly catch up to existing players with additional bonus XP. From there on, in a few months, if you go in to try to update your gear and do more quests, then you are already caught up with the top level players. 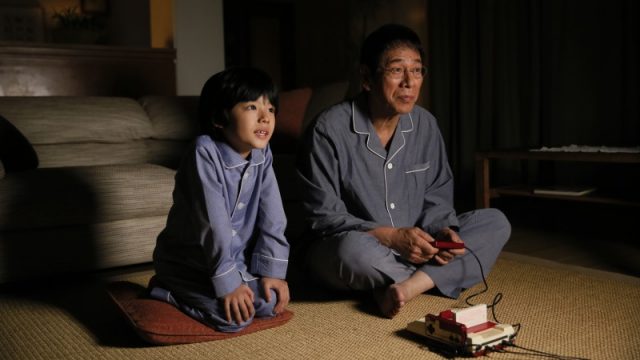 Part of that marketing included the interesting series Final Fantasy XIV: Dad of Light, which shares the tale of father and son reconnecting over the MMORPG based on a true story. Stifling a laugh, Yoshida divulged that “the biggest work that he did” was that for the show’s first episode, the script “had to be rewritten 27 times,” and the review process was the “bulk of the work” that he did for the show.

“The producer’s passion and the production team’s passion made it possible,” and Yoshida felt that the credit was theirs and not his. 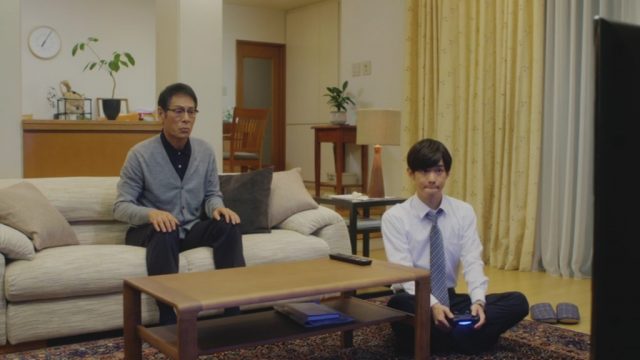 To illustrate the lengths the team went to make the series as authentic as possible, he also shared that for the in-game sequences, Yoshida and the developers offered the use of test servers for easier filming, but the shooting team “wanted to capture the life in Eorzea” as players saw it. If there was a need for a sunlit shot, rain, or a nighttime sequence, they waited while “filming something separate.”

Their passion was unmistakable, although the director did admit that maybe they “should have borrowed the test servers after all!” 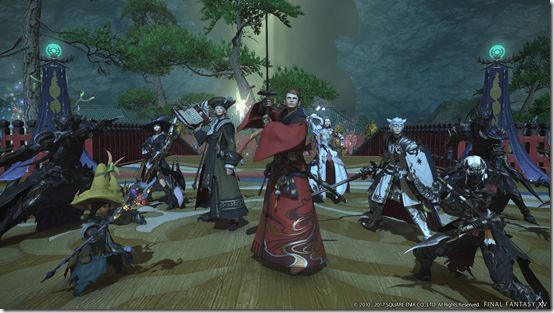 With over five years in the book and two expansions, the story component of Final Fantasy XIV continues to be a strong draw for players, and when asked if there was an end in sight, Yoshida shared that “for an MMORPG, there is really not an end to it.”

If players “are enjoying playing the game,” the developers will “continue running the game 10, 15 years down the line” and “continue providing surprising elements for the players, to have interesting ideas and incorporate them.” The topic of the Jobs system came up as well, as with only three Tanks and three Healers available to players right now, the demand for new additions is certainly there. However, for the developers, “there is always an opportunity or chance for adding more to what we already have, but keep in mind for Tanks and Healers, they are a little more difficult in managing the balance of the job compared to a DPS.

Unfortunately, we cannot be just adding more and more, but we have been very careful about what we are planning and make sure we are providing a powerful Job.” “For the Healers’ case, for the players to enjoy utilising the Healer as well. It might not be the best to expect Jobs to be included with each expansion, especially for a Tank or Healer, but please be mindful that we are being careful and mindful about what Jobs we are adding into our roster.”

Reflecting on the tumultuous start to reviving Final Fantasy XIV and what was most important,

The biggest element is that we never gave up on the project. With any online project, no matter how poor the situation is at the beginning, you just have to identify the problems and fix them one at a time, and continue to create new content for it. When you look back, you’ll notice that you have made progress and plenty of content for your players. The system has also become stable and able to provide a better player experience.

Certain businesses might look at it only from business or profitability perspective, they do not have the patience to see it through. I wanted to continue to work on the project. By keeping at it, it’s actually the shortest way to success.

When communicating with the community, I didn’t lie about anything mentioned. It was honest and straightforward, and properly making what I had promised to the fans, making sure that we regained the trust of our players.

At this moment, we were motioned to look at a screen in the interview room, where Yoshida’s avatar is surrounded by fans exclaiming their love for both Final Fantasy XIV and Yoshi-P. This is a man truly well loved in both life and game.

The most recent announcement about Final Fantasy XIV is the collaboration with Capcom’s Monster Hunter: World that will involve iconic beasts from both franchises making an appearance in each game, made possible by the friendship between Yoshida and Monster Hunter: World producer Ryozo Tsujimoto.

When the endgame content drops, the iconic Rathalos will appear in Final Fantasy XIV, while the Behemoth joins Monster Hunter: World.

With this collaboration it’s not about the business, we were looking at it from a player’s perspective, for the FFXIV team, we had a lot of Monster Hunter players, and vice versa. We shared the monsters with each other to see how can we bring a great experience for our players with the monsters battling each other. We feel like we were about to go beyond the boundaries of each other’s companies and be very serious and passionate about this collaboration, we took pride in what we have done with the monsters. We are hoping that the players will see how big this thing is and enjoy the content.

With the acclaim that came with Stormblood, the developers are also actively “working to bring even more exciting and dynamic stories to the game, and the emphasis is to continue that story-driven and story-centric gameplay.”

The next major update to look forward to is patch 4.4, players will be seeing the finale to the Interdimensional Rift – Omega raid series, and be prepared for “many surprising elements.”

When asked about possible translation and localisation work for more languages like Spanish, Yoshida reiterated that ” considerations are always being made and what the team can do, and this is a problem across all of Square Enix, especially for languages like Portuguese and Spanish.” The developers do not have the “required personnel to lead those language localisations and to check the quality, unfortunately.”

For languages like English, Chinese, French, German, and Korean, they are led by native speakers, senior and lead translators, who know how to choose the correct wording and oversee the process. 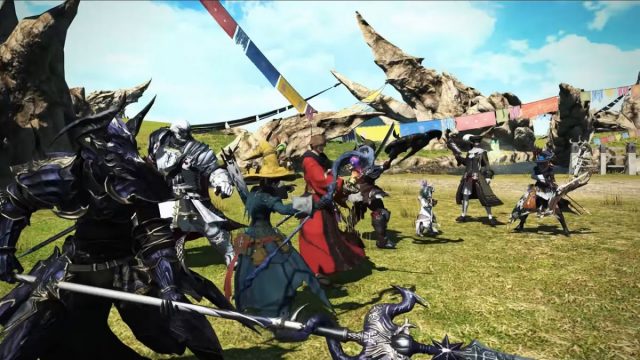 Of course, the team are actively “trying to recruit personnel for those languages.” Yoshida also stressed that because Final Fantasy XIV is constantly being updated, the choice of outsourcing the work is a non-starter due to the pressing nature of the work.

This applies to platforms as well. One of the “two pillars for the policies in Final Fantasy XIV” is that the team does not want to place restrictions on one platform or hardware that players are enjoying the game on, such a the PlayStation 4 and PC, and although “the goal is to have as many players on as many platforms as possible,” the Nintendo Switch and Xbox One offer some challenges currently. Yoshida feels that “it’s nonsense” that there is a limitation to players playing with each other only because of a different platform, and he “requires any new platform to be cross-platform compatible.”

Dialogue between Yoshida and the other platforms have been ongoing, and “as soon as these hurdles are cleared, it will be a great opportunity for them to jump on.”

Even for the rumoured PlayStation 5, the aim is to make the game playable “right at the launch of new hardware,” although “news about any new hardware has not come in yet.”

Final Fantasy XIV is available now on both PlayStation 4 and PC.