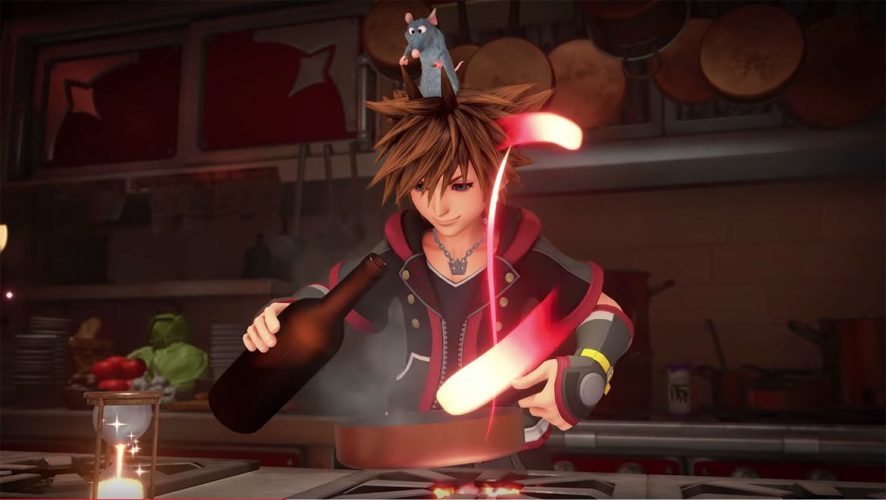 The pre-E3 hype has been off to an exciting start, with Electronic Arts (EA), Microsoft, and Bethesda pulling out the big guns at their respective press conferences. Following a three-year absence from hosting their own event at E3 in the previous years, Square Enix has finally returned to the fold – though its 39-minute presentation was far shorter than what one’d expect.

From fantasy masterpiece Kingdom Hearts 3 and the hyped gameplay reveal of Shadow of the Tomb Raider to the installment of beloved JRPG title Dragon Quest, here’s a breakdown of every single announcement from the team’s press conference.

So much have already been said about Square Enix’s highly-anticipated masterpiece, but it just never gets old. Filled with plenty of whimsical Disney cheer (read: Toy Story, Frozen, and Wreck-It-Ralph), Kingdom Hearts 3 seems to dive back to its core root values of love and friendship – and from the looks of things, Riku may even be a playable character this time round. Plenty of hype, and plenty to look forward to, when it drops on Xbox One and PS4 come January 29, 2019!

We see the return of Rico Rodriguez, to the fictional South American country of Solís, to dismantle another oppressive regime caused by the private militia group, The Black Hand.

There are many new elements that would change the gameplay experience. The weather for one, is now unpredictable and conditions like lightning storms, sandstorms and blizzards are the forces of nature the player has to contend with. This could also be used creatively to deal with the pesky enemies in your way. Enemies have been redesigned with new AI and different archetypes, presenting a more intelligent threat to Rico and requires the player to put more thought in countering enemies.

A bevy of new vehicles are also being introduced: Bulldozers,Jet-skis, Cranes and even micro-jets. The signature Grappling Hook has been overhauled with more tethers, and now with the ability to deploy booster rockets and airlifters. The mechanics are also said to be easier to work with for newcomers.

Powered by the new open world Apex engine, the world of Solís is brought to life with unparalleled draw distance and physical destruction, for an awesome sandbox experience where anything is possible.

Shadow of the Tomb Raider

A first trailer was already shown at the Microsoft press conference, and now we’ve got a closer look at the gameplay mechanics. As per the previous iterations, Shadow of the Tomb Raider sports beautiful visuals and intricately-detailed environments as a matured Lara Croft embarks on a treasure-hunting journey once again. Unlike its predecessors, however, the final installment of the original trilogy takes on a stealthier approach a la Assassin’s Creed, complete with roof assassinations, and an interactive environment where players can hide in foliage and use mud as a form of camouflage. Oh, and don’t forget tactical environmental kills – exploration just got a little more fun.

Come September 14, 2018, and you’ll have to become one with the jungle to survive.

The Awesome Adventures of Captain Spirit

Revealed earlier at the Microsoft press conference, Dontnod Entertainment’s The Awesome Adventures of Captain Spirit is set in the same universe as Life is Strange, but does not serve as its direct sequel, and instead comes as a way for the developers to tell the stories of the many characters based in the fictional world. Sporting a similar art style and music selection, the game focuses on the power of imagination and dreams, with a sweet deal to boot – a free-for-all download option for when it drops on June 26, 2018 for Xbox One and Steam.

Yet another JRPG to add to Square Enix’s library, Octopath Traveller combines a 16-bit Super SNES-style character sprites and textures with high-definition effects, making it a good mix of retro and modern gaming elements. Step into the shoes of any one out of the eight adventurers, and explore the artfully-crafted world of turn-based battles, character commands, and unknown depths.

The Dragon Quest series is considered a classic titles of sorts among JRPG fans, and its Echoes of an Elusive Age instalment certainly was a hit in Japan last year (2017). One year on, the rest of the gaming community can now dive back into the fantasy world of Lotozetasia, where the hero goes on a journey to discover his true identity, while battling monsters along the way. Set for launch on September 4, 2018, this is one for the Western fans!

To celebrate the launch of the Dragon Quest game, Square Enix is releasing a crossover event between Dragon Quest and mobile game Final Fantasy Brave Exvius, out in September 2018.

FFXIV Stormblood: Under the Moonlight

The MMORPG sees the implementation of the Under the Moonlight patch, with plenty of content in store for PS4 gamers, including new main scenario quests, Beast Tribe quests, and Alliance Raids. To celebrate the release of Monster Hunter: World on PC, Stormblood FFXIV will also welcome a crossover with Capcom’s widely-popular title in Summer 2018, so gear up for an all brand-new exciting adventure!

Jump back into the shoes of your favourite androids, 2B and 9S on June 26, 2018, and relive the wonderful game design and gameplay experience in the world of Nier: Automata. The critically-acclaimed game sees a new expansion – the Become As Gods Edition – complete with all previous DLCs.

From the creator of Bayonetta and Nier: Automata comes Babylon’s Fall, a brand-new title that seemingly features RPG-inspired elements, such as a four-man battling party (deduced from a scene near the end of the trailer), amidst a world of slick, breathtaking visuals. With strong historical undertones, and the presence of two armoured beings, it’s weirdly reminiscent of Dark Souls – though that wouldn’t be too big of a shift from PlatinumGames’ usual style of action-heavy games. More information should be on the horizon, but for now, its release date is placed to be somewhere in 2019.

A short teaser of a future title, The Quiet Man features a supposedly deaf protagonist, who looks to be going out of his way to fight underworld crime. The short trailer blended together live-action and CGI in a fight scene, so perhaps we can expect a similar treatment of the in-game cutscenes. More details for expected to be announced in August later this year.

While another Kingdom Hearts 3 showcase and a Shadow of the Tomb Raider gameplay reveal made for an exciting affair, the overall response towards Square Enix’s press conference was generally rather lukewarm. Apart from the short presentation time and the lack of information presented, fans were also let down by a no-show of highly-anticipated titles like the Final Fantasy VII Remake, and the unnamed Avengers project. Hot on the heels of this would be the Ubisoft press conference, so do stay tuned for your daily dose of E3 news! 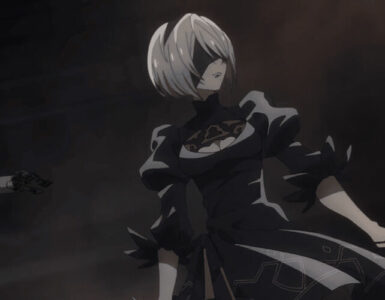 Sticking to the narrative roots of the first part, at least.