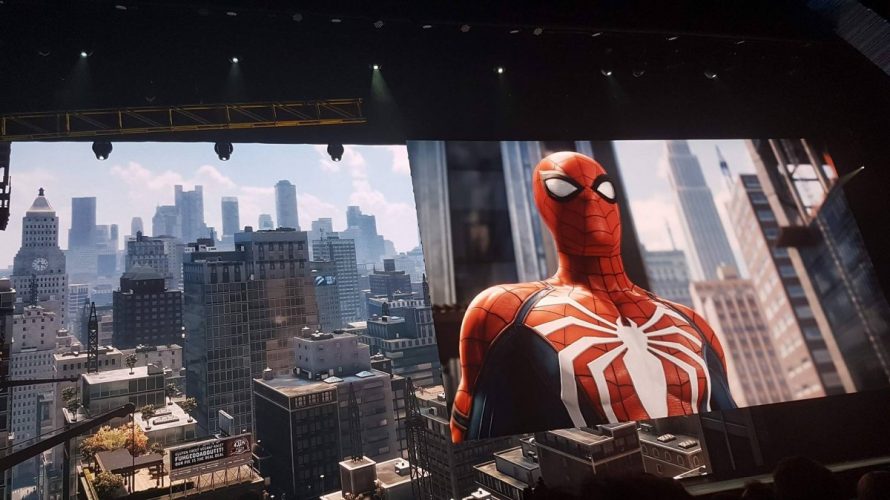 With Microsoft coming out strong this E3 with the announcement of the Xbox One X, there was no doubt Sony had some plans to counter that.

With a focus on both PlayStation 4 Pro and PlayStation VR, Sony started strong with Uncharted, Horizon and Days Gone,  before bringing on the big guns of God of War, Destiny 2, Detroit: Becoming Human and Spider-man, what a conference.

The power of exclusive IPs can go a really long way, just look at how Nintendo has fared all these years. Sony is flexing their muscles to ensure their titles go far and wide. And even Death Stranding didn’t make an appearance this year!

YES! More God of War story details, with the reveal that Kratos’ child is cursed, for better or for worse, we do not yet know. What we do know is that a long journey lies ahead for our heroes in a new land with new gods to contend with. Combat is intense and feels solid, with a variety of weapons and even a shield at Kratos’ disposal. It looked amazing and is a great way to sell customers on the power of the PlayStation 4 Pro.

A journey of redemption or Kratos with the (fairly) occasional violence? Ready yourself, early 2018.

We got actual gameplay from Insomniac Games’ Spider-man, not only does it impresses graphically, we saw how Peter Parker could take on multiple enemies with his web shooters, the environment, and tech gadgets. With combat reminiscent of the Arkham games with extra manoeuvrability and verticality added in, that can only mean a good time.

We also saw an appearance by the Kingpin himself, hinting at a larger conspiracy in Manhattan perpetrated by Mister Negative, Martin Li. Concluding with a high-speed chase with a rogue helicopter with a container attached to it, there appears to be nary a tame time with this new game. A cinematic adventure with high stakes for the friendly neighbourhood Spider-man, if you are a gamer, you should be excited for 2018!

PS: We even saw a Mile Morales cameo at the end of the conference, theories abound!

Starting off with a live musical performance accompanied by a water feature/light show in the theatre, a wonderful prelude to the first glimpse at gameplay of The Lost Legacy. We also got a first look at the supposed villain and tense action set pieces that we have come to love from Naughty Dog. A more condensed Uncharted adventure starring two strong female leads is only a good thing.

The return of Aloy and a new snow filled area surrounding a mystic mountain and a mysterious beast that guards it. The great visceral combat, the gorgeous environments, more Horizon is always a good thing, and we will be getting our hands on this new DLC content in 2017.

READ ALSO:  Cyberpunk 2077 Lets You Pet The Cats, But Dogs Are Still A Doubt

What an extended look at actual gameplay. Showing off some stellar weather effects and the driving mechanics in Days Gone, the open road can be treacherous, with animals and more dangerously, other humans waiting to ambush you. In a harsh world like this, the violence on display conveyed a tone of desperation, and our hero has a certain edge to him. He even has something akin to Batman’s Detective Vision, allowing him to follow environmental clues.

Stealth plays a huge part in Days Gone, and gave me a flashback to some of the best parts of The Last of Us. Set traps, use distractions, and keep it quiet, for the Freakers are attracted to noise and will overwhelm you easily. The best use for these monsters is to direct them at your enemies, hinting at the possibilities of scenarios of some large-scale manipulation. Last but not least, there was a Freaker bear!

The recently unveiled Destiny 2 made an appearance on Sony’s stage, with a focus on the villain that is the ruthless Cabal leader known as Dominus Ghaul. Rise from the ashes of destruction and take your place amongst the light as Guardians. With an exclusive strike (Lake of Shadows), exclusive gear, an exclusive exotic weapon and an exclusive PvP map, PlayStation is the home of Destiny 2.

The story-driven experience from Quantic Dream, we got a look at another vignette of the world of Detroit. This time, the story of Marcus has androids trying to rescue their brethren and start a revolution, and a world of possibilities was presented to us. From stealth, subterfuge, to over-the-top action, Detroit wants you to create your own path and become who you truly are.

With glimpses of other characters previously introduced, it appears that all the stories will form part of a larger world, and your decisions will affect it without a doubt.

Monster Hunter returns to the PlayStation family! Unlike Horizon, this time we will be facing down actual dinosaurs and other beasts. A camouflage system appears to let you hide in plain side, but when things get hairy, defend yourself with your giant sword. Agile movement allows for dodging, and a grapple adds in verticality like no other Monster Hunter before it. Exciting indeed.

A new Shadow of the Colossus!? My word, now fully developed for this generation, it looks awesome and beautiful and will come in 2018! Not long to go before you can start taking down hulking beasts that roam the land.

READ ALSO:  Spider-Man: Into the Spider-Verse 2 Producer Confident It Will Perform Better Than Original

More story details were unveiled, with our heroes turning to Thanos of all people to take down Sigma Ultron. New characters like Black Panther, Zero from Megaman, Strider, and of course, Thanos joins the fray. A new story demo will also be available to download today!

The horrors of war are upon us, but they have never looked better than in Call of Duty: WWII. Returning to its roots, it definitely feels fresh again to be waging war in this time period. Air, land, and sea battles are all suitably chaotic, and if Battlefield 1 heralded in the return of the period shooter, WWII is set to take advantage this November 3.

Finally, a more established name to support the PlayStation VR, relive the glory of being the Dragonborn in glorious VR. Fight with your swords, arrows, and even magic against the beasts and ferocious dragons in the world of Skyrim.

What initially appears to be a platformer with a distinct art style showcased a world of mechanical wonder and horrors alike, before a giant mech extends its hand to the avatar on-screen. Could we be piloting it in VR? I am sure we will find out soon.

Horror and VR is a great combination, just look at Resident Evil VII, and Inpatient looks set to carry on that trend with the trope of a scary asylum/hospital environment, Cue creepy doctor, and we have ourselves a potential winner.

A weird experience to say the least, experience fishing as Noctis from Final Fantasy XV and challenge yourself to capture the monsters of the deep.

Shooters are also well-suited for VR like Farpoint demonstrated, and Bravo Team brings it to a more contemporary setting. A modern military shooter, it looked sharp and could be another great addition to a now growing library of PSVR games.

A whimsical adventure starring a brave mouse, solve puzzles, explore, and battle against your foes in PSVR.

What a wonderful showing by PlayStation, showing off a new and improved library for the PSVR, plus plenty of exclusives for the main PlayStation console. While Sony does not have a new console to promote, it appears that games are still the more important assets, at least in this writer’s book, and Sony dominates in that aspect. 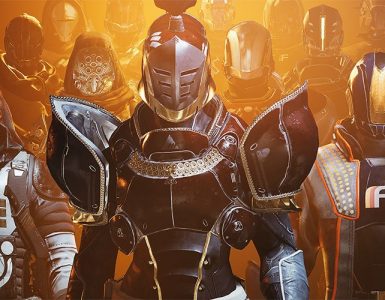 Bungie: No Plans For Destiny 3, Will Focus Next Two Years On Destiny 2

Destiny 2 owners get a free upgrade for next-gen consoles, though.