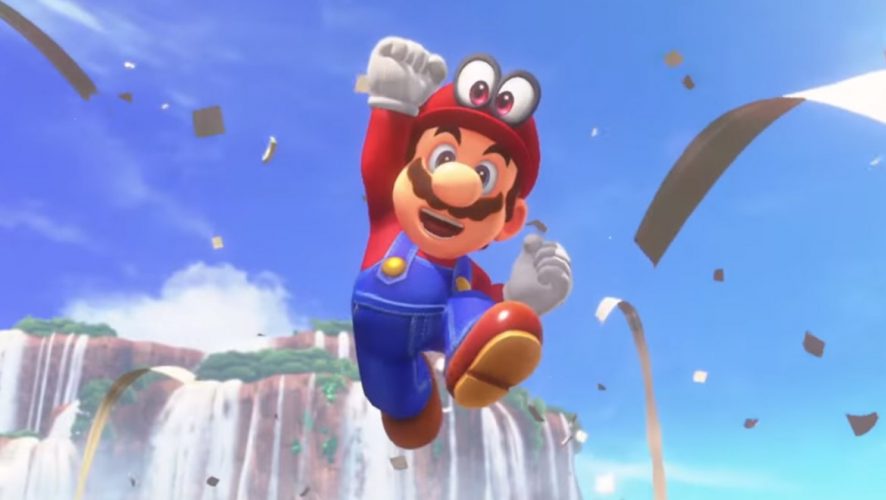 With Sony and Microsoft both getting their conferences out of the way, we end the conference roundtable with Nintendo Spotlight. The big N has found some success with the recent launch of the Switch and looks set to carry that momentum for the rest of 2017 and into 2018 with a slew of games ready to go this year and more surprises to come in the future..

Pretty much what everyone came to see from Nintendo, we finally saw more about Mario’s worldwide adventure. A myriad of environments awaits you and your new trusty hat which adds new moves to Mario’s extensive platforming repertoire.

You can even use the hat to possess enemies, even humans and T-rexes!  I wonder what other shenanigans we can get up to in Super Mario Odyssey this coming October 27!

Legend of Zelda: Breath of the Wild

The extremely dense RPG that is Breath of the Wild gets even bigger with new DLC coming, starting with Trials of the Sword. It appears to be a challenging time of platforming and combat against foes and the environment.

New armour, a Korok mask, A Hero’s Path Mode and Master Mode completes The Master Trials DLC Pack 1, the first offering of the Season Pass. The Champions’ Ballad will be DLC Pack, also, the four champions in the game getting the amiibo treatment!

Another look at the massive roleplaying game that is Xenoblade Chronicles 2 , we got more story exposition about our heroes’ quest to reach Elysium before jumping straight into the combat filled with flashy moves and equally flashy enemies.

Explore a sprawling world of different ecosystems and scale, with gigantic flying ships filling the sky and raining massive destruction. Xenoblade Chronicles 2 will be available later this year.

We got a look at the latest version of Pokken Tournament DX for the Switch, but the bombshell dropped is that GameFreak is developing a core RPG Pokemon experience for the Switch, fans need only to wait patiently!

No flashy trailer, no lengthy PR talk, just the title, Metroid Prime 4 and that is it is now in development for the Nintendo Switch. Yeah or nay?

UPDATE: A new reimagining of Metroid II has also been announced for the 3DS!

The strategy stalwart ventures into the hack-and-slash arena with the help of KOEI TECMO. Face off against an evil and world-destroying dragon with the help of familiar warriors from throughout the franchise’s long history. The cel-shaded art is a plus and Fall 2017 cannot come any more quickly!

One of the games that can really shine on the Switch, expect unique customization items, battle cars and special modes only available on the Switch this Holiday 2017. There is even cross-platform play, neat!

First leaked and revealed at Ubisoft’s conference, this surprising tactical adventure was a pleasant surprise, with Mario and friends teaming up with the Rabbids to save the kingdom once more, this time using strategy! It arrives August 29.

Kirby is back in yet another colourful and adorable adventure, this time with several more buddies in tow. Play together with up to four friends and suck, bash, and explore together in 2018!

Discover the flipside with Yoshi’s newest outing. The whimsical nature of the Yoshi series continues to delight and we can look forward to it in 2018.

Announcing that a mainline Pokemon game and Metroid Prime 4 are both in development, Nintendo is certainly not resting on their laurels. All the other announcements like more Breath of the Wild DLC made it better, and a release date for Super Mario Odyssey simply tops the cake, good job Nintendo!