DeLorean Motor Company, the American automobile manufacturer known for the DeLorean time machine featured in Back to the Future has announced an unveiling date for their electric vehicle. The original DeLorean was the only vehicle produced by the manufacturer in 1981, before it went bankrupt in 1982, and it has been a highly sought after model for car enthusiasts since.

The new electric vehicle was set to be displayed on the Concept Lawn at Pebble Beach on 21 August 2022. While that will still be happening, its premiere is brought forward by three days, so it will be revealed on 18 August 2022 at the Awards Ramp of the Pebble Beach Concours d’Elegance.

According to Troy Beetz, CMO of DeLorean Motor Company, “Excitement is rising like the doors of our iconic sports car, and we are revealing the next generation prototype three days earlier than planned on the most prestigious stage at Pebble beach.”

The teaser image shows the left shoulder and back tail light of the concept car, and its shape, while new, is still clearly DeLorean’s. This is a modern interpretation of a classic cultural icon. The name of the vehicle will also be announced in August, so car enthusiasts will have to wait eagerly in anticipation for now.

For now, you can pick up the official DeLorean Motor Company timepiece, the DMC Watch, or build the 1:8 scale Back to the Future DeLorean replica. There’s even a DeLorean LEGO set, DeLorean Autobot, and even in Playmobil form to collect.

Automobile Back to the Future DeLorean electric cars Teaser 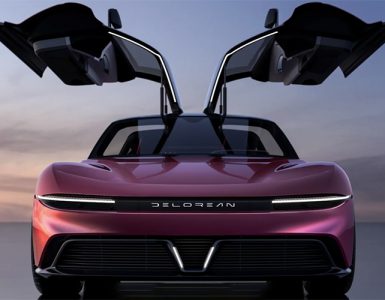 New DeLorean EV Revealed; Now All It Needs Is A Flux Capacitor 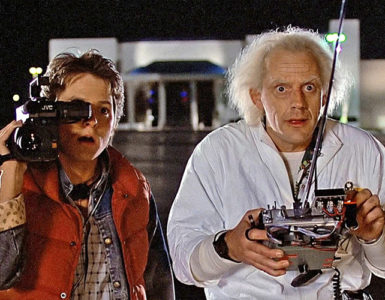 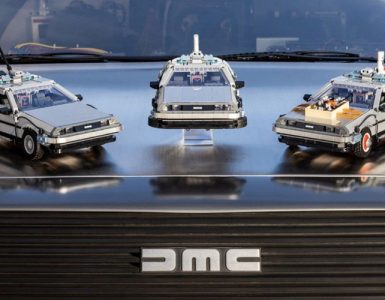