Epic Games Store has been giving out free games every week for a while now, and this week, the free game that will be up for grabs is Behaviour Interactive’s Dead by Daylight.

The game is an online asymmetrical multiplayer experience built around the slasher movie trope of a killer hunting down survivors. It is one killer against four survivors, and the gameplay for each side is very different. For new players, it’s exciting, scary, and downright thrilling. For experienced players, this is a game of coordination and skill for the survivors, and a test of mastery and hunting prowess for the killer.

The best part about Dead by Daylight is the number of tie-ins the game has from the likes of Silent Hill to Resident Evil. Based on the store listing, these tie-ins don’t seem to be available yet and might be down the line.

All in all, Dead by Daylight is one of the most unique competitive multiplayer games and interesting gameplay experiences available right now, and with the game being offered up for free on the Epic Games Store starting 2 December (and 3 December for some parts of Asia, including Singapore, due to time zone differences), it is a great chance to get some friends together and try it out! 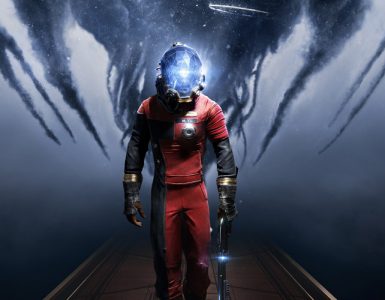 15 free games across 15 days, thanks to Epic Games Store!