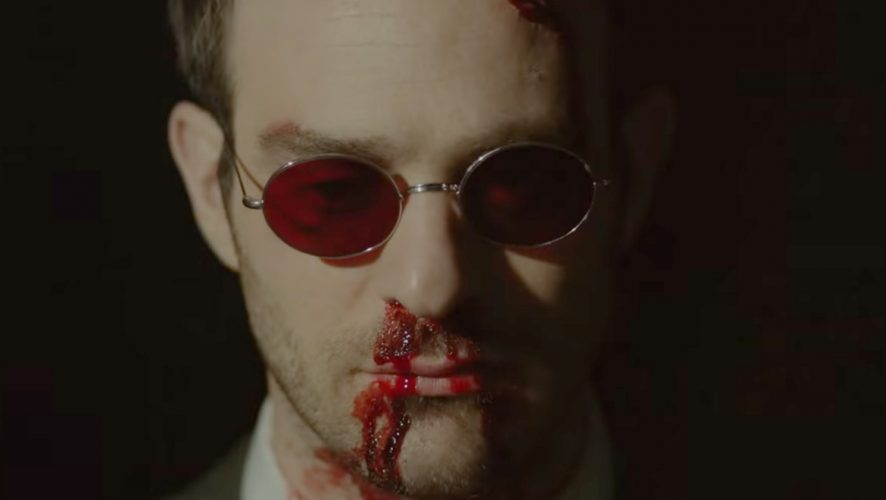 Daredevil Is Born Again For Season Three On Netflix

When we last saw Matt Murdock, in the closing sequence of Netflix’s The Defenders, he was battered, bruised and bandaged up, lying prone in an unnamed nunnery after having an entire building collapse on him — but still very much alive. It’s been about a year and some since then, and we finally get to catch up with our favourite visually-impaired badass, Daredevil. The long awaited Season 3 has just been announced, and its promotional material looks promisingly dark.

Just take a look at that religious imagery. Oddly fitting, since Murdock’s been mysteriously resurrected from a giant pile of rubble. Now, we don’t know how much time has passed in Daredevil’s timeline (although an excruciatingly long thirteen months have passed for us). But to our knowledge, Murdock’s pals still think he’s dead, so he can potentially pull a fast one on them — in the manner of BBC’s Sherlock. The fate of Murdock’s love interest, Elektra, is also up in the air. While the love birds shared a tragic last kiss as everything came crashing down on them in The Defenders‘ finale — all very Romeo and Juliet, Romeo-and-Juliet is evidently not happening since Murdock’s clearly still kicking. And this opens up possibilities for Elektra’s survival as well.

And, is that the Avengers Tower in the poster?

We can only speculate on that, along with what scraps Netflix has thrown us, but all will come to light on October 12, 2018, when Daredevil Season 3 hits Netflix. Or, if their promotional art is to be taken seriously, then maybe we ought to say, all will come to darkness?