[UPDATE] The new footage for Cyberpunk 2077 will be available on August 30 (8pm CEST / 11am PST / 2am SGT) via a livestream event on CD Projekt Red’s Twitch and Mixer channels, just a week after their showing at Gamescom 2019.

The folks at CD Projekt Red seemed to have outdone themselves for their upcoming RPG Cyberpunk 2077 at E3 2019. Most notably, they unveiled the “breathtaking” Keanu Reeves to star as Johnny Silverhand, a major NPC in the game, as well as drop the April 16, 2020 release date, much to many a fan’s excitement.

However, for many of those fans as well, where was the gameplay? As it turned out, CDPR only held a behind-closed-doors gameplay demo (which we were thoroughly impressed with, by the way) for media and influencers in one of the meeting rooms at the Los Angeles Convention Centre.

Not for long, though. CDPR aims to release that very same demo to the public at PAX West this year, according to Global Community Lead Marcin Momot on Twitter.

For those of you aiming to mark your calendars and book tickets, PAX West will take place at the Washington State Convention Centre in Seattle from August 29 to September 2.

The gameplay demo showed much more of the dystopian setting of Night City, where the game takes place in, a run-in with two more gangs – the muscle-jacked Animals and the drug-dealing Voodoo Boys, character building options, as well as more of that diverse approach to encounters we enjoyed in last year’s gameplay demo.

Cyberpunk 2077 is shaping up to be one of the heaviest hitters when it officially drops on April 16, 2020. On that same note, if you haven’t heard yet, the Collector’s Edition for this game looks pretty metal. 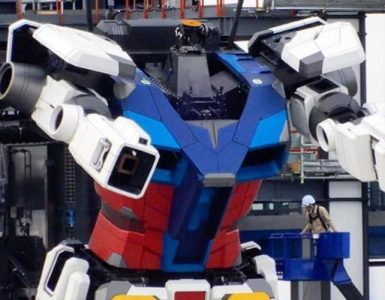 The team still aims to have its grand opening "within the year".