With the brilliant minds of the CD Projekt Red team working on the upcoming Cyberpunk 2077, there’s certainly a lot of hype surrounding the title. Now that Keanu Reeves is set to make an appearance in it, excitement levels are bound to go through the roof.

During Microsoft’s press conference earlier, the man himself graced the show floor to announce his presence in the sci-fi game, alongside a confirmed release date of April 16, 2020.

It’s not clear what his role in the story is, but his character does seem to exude some cool vibes, especially with that sleek-looking metallic arm.

Cyberpunk 2077 is indeed the gift that never stops giving – and so is Reeves himself. The greatest moment of the showcase was when an audience member shouted, “You are breathtaking!” to the actor in response to one of his statements, and we totally agree. 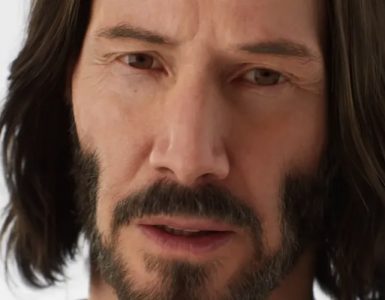 Take the blue pill and enter the simulated reality known as the Matrix in The Matrix Awakens.

We can't wait to watch the new John Wick!