The girls made from sugar, spice, and everything nice is coming sooner than we think especially with CW’s reveal of the girls’ first looks.

Before the release of the official photo by CW, pictures leaked from the set of The Powerpuff Girls had fans quick to criticize the costumes for appearing low-budget. However, according to reports from Entertainment Weekly, The Powerpuff Girls’ traditional black-belted dresses will only appear in flashbacks to when they were younger which is included in the pilot.

The upcoming live-action adaptation of the childhood superheroes will showcase the siblings in their twenty-something resenting their childhood due to crime-fighting. The trio is played by Chloe Bennet (Blossom), Dove Cameron (Bubbles), and Yana Perrault (Buttercup). The cast also includes Donald Faison (Scrubs, Kick-Ass 2) as Professor Utonium, who apparently is experiencing a midlife crisis and Robyn Lively (Cobra Kai, The Karate Kid) as the mayor’s assistant, Sara Bellum

Production for the pilot only began earlier this month and with the looks of it, the series will dive in more to the girls struggling to find their identities as they outgrow their days as pint-sized superheroes.

It is still unclear at this point what the release date for the show will be but we will be on the lookout for The Powerpuff Girls’ return.

The Powerpuff Girls are in search of a new leader now. 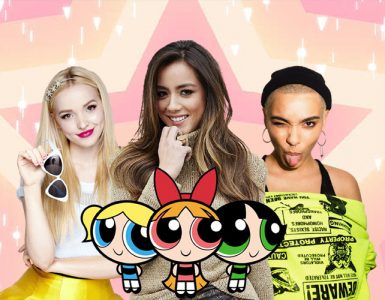