Aside from its many flashy space battles, the Gundam series was also widely known for its futuristic-looking tech, with giant mobile suits that soldiers can wear into battles. Thus it should come as no surprise to anyone that Sourcenext, a Japanese software development company, has released Pocketalk devices themed after the popular Gundam franchise.

The Pocketalk devices are capable of translating dozens of languages using the power of artificial intelligence, and the new Pocketalk S series will come in two new designs inspired by Gundam – a blue and white device representing the protagonist of Mobile Suit Gundam Amuro Ray and the Earth Federation Force, with the other device themed after Char Aznable and the Principality of Zeon.

According to Gundam.info, the device will come with a specially designed USB-C charging cable and cradle that you can dock your Pocketalk on.

It is capable of translating 55 different languages through voice and text, and will cost you 34,800 yen (US$330) each. Each device will come with two years of global connection, meaning users will even be able to use the device in locations with no wi-fi connections. 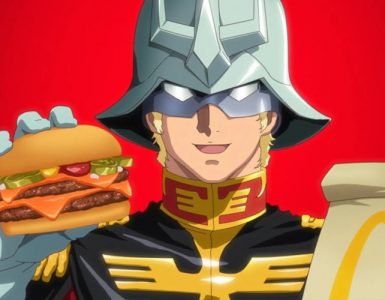