What’s navy, bright blue and has us enthused? Blue Beetle.

Set images from DC’s upcoming film starring Xolo Maridueña has made it to the internet and it features the 21-year-old actor in his full Blue Beetle costume. This comes roughly a year after the Blue Beetle concept art was released at DC FanDome, with the actual suit looking exactly like the design.

Designed by Mayes C. Rubeo, whose resume includes working on WandaVision, Thor: Love and Thunder, and Thor: Ragnarok, the superhero suit features the hero’s blue and navy colours as well as his freakishly yellow bug eyes. What’s missing, or rather something we’ve not seen as far as the photos go, are the hero’s wings.

Now that Blue Beetle has started filming, fans can expect to see more revealed in the coming weeks and months whether it be what the villains look like, action pieces or even if DC character Ted Kord will be in the movie despite Jason Sedeikis’c casting rumour.

Currently, Susan Sarandon is set to play the movie’s villain, replacing Sharon Stone as Victoria Kord. The movie will also star Bruna Marquezine as Jenny, George Lopez as Uncle Rudy, Raoul Trujillo as Conrad Carapax, Belissa Escobedo as Jaime’s Milagros, Damián Alcázar as Alberto Reyes, and Elpidia Carrillo as Rocio. What We Do In The Shadows‘ star Harvey Guillén is also attached but his character hasn’t been disclosed yet.

Whilst no official plot or synopsis has been revealed, the movie will focus on Mexican-American teenager Jaime Reyes finding an alien beetle that gives him superpowered armour. 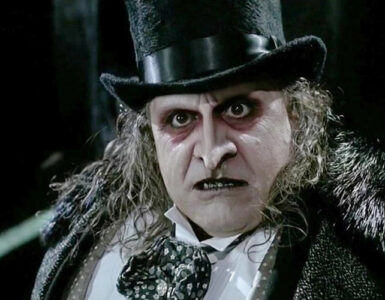