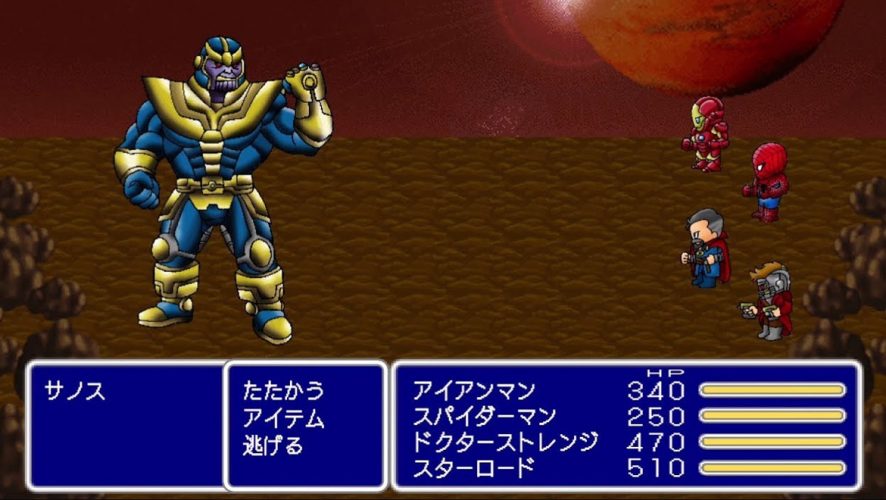 [Unfortunately, the video has been removed. So just enjoy the screenshots below!]

Weapons, up. Armour, on. Potions, check. The pixellated opponent strikes hard; phew, there’s still HP left. Then, the moment of doom: a multi-attack across all your troops, and health bars drop to show a pitiful 1 HP. 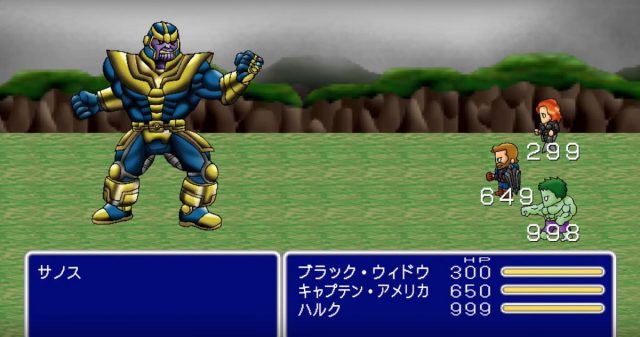 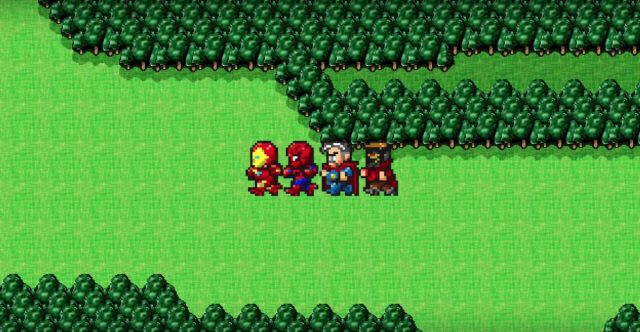 In a clever twist of things, the team has recreated an unconventionally quirky marketing reel of the movie into a retro Avengers RPG. Our favourite superheroes, now as adorable sprites, are squared off against Thanos, whose Infinity Gauntlet will soon bring two teams of fighters to their knees.

Spider-Man deals null damage! Hulk’s Smash fails! Dr Strange’s attack is rendered ineffective! Instead of being reduced to one HP each, both groups are immediately slapped with a one-hit KO. Ouch, nothing stands in the way of the Mad Titan. 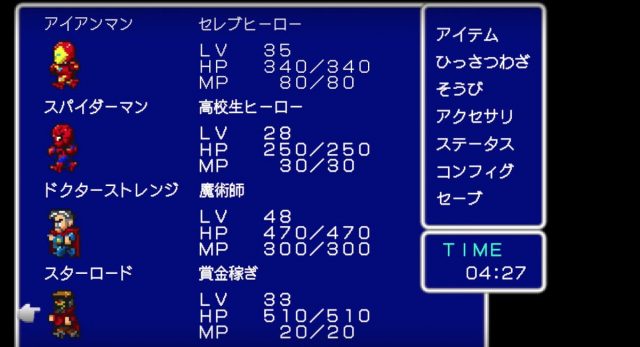 The video obviously borrows inspiration from the Final Fantasy series. Apart from the classic blue selection menu, there’s also the Mode-7 mapping (0:30), the cave tileset from FFIV, and the bouncing motion often associated with the brawlers from FFVI.

Frankly, it’s a pretty refreshing and highly creative change-up from the usual movie promotional material. Disney Japan has indubitably executed the concept well, but one question remains: Whose great idea is it to not use Regen before taking on one of the most powerful villains ever?