The hottest talk of the town now is undoubtedly Avengers: Infinity War. On the gaming front, that honour deservedly goes to God of War, and as the both of them converge on a common point, that’s when you’ve captured the world’s attention.

Or the attention of individuals from both communities, at least.

In the latest spate of God of War (or Dad of War, if you prefer) news, eagle-eyed gamers have taken to Reddit to share a very interesting link between the two successful titles, with ‘gauntlet’ being the common keyword. The Shattered Gauntlet of Ages, obtained through the in-game quest Sindri’s Family Business, comes with three sockets and the following description: “An ancient relic of Hel deemed too powerful to remain whole, fragments of its former strength lie scattered throughout the realms.”

Sounds familiar? As it turns out, the item is a clever, subtle reference to Thanos, the purple-skinned antagonist of Infinity War and proud wielder of the Infinity Gauntlet.

As per the observation, there are six enchantments that fit perfectly with the Shattered Gauntlet of Ages, each inspired by a different Infinity Stone:

Just slot in three of these gems, and your enemies will face the full wrath of a powerful purple energy beam. Equip two, and a shockwave effect happens instead.

Kratos pretending to be Thanos

Considering how Infinity War came only a week after God of War, this little easter egg certainly makes for a fun discovery. A lot of play and upgrading is probably required, but there’s nothing more satisfying than seeing the fruits of your labour become a reality.

Plus, who can say no to bragging rights? 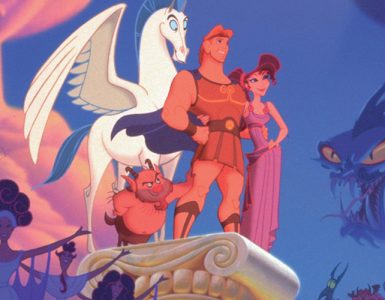 From zero to hero, live-action style.